Dr. Dalin: Curing lights are a vital tool in a dental office. 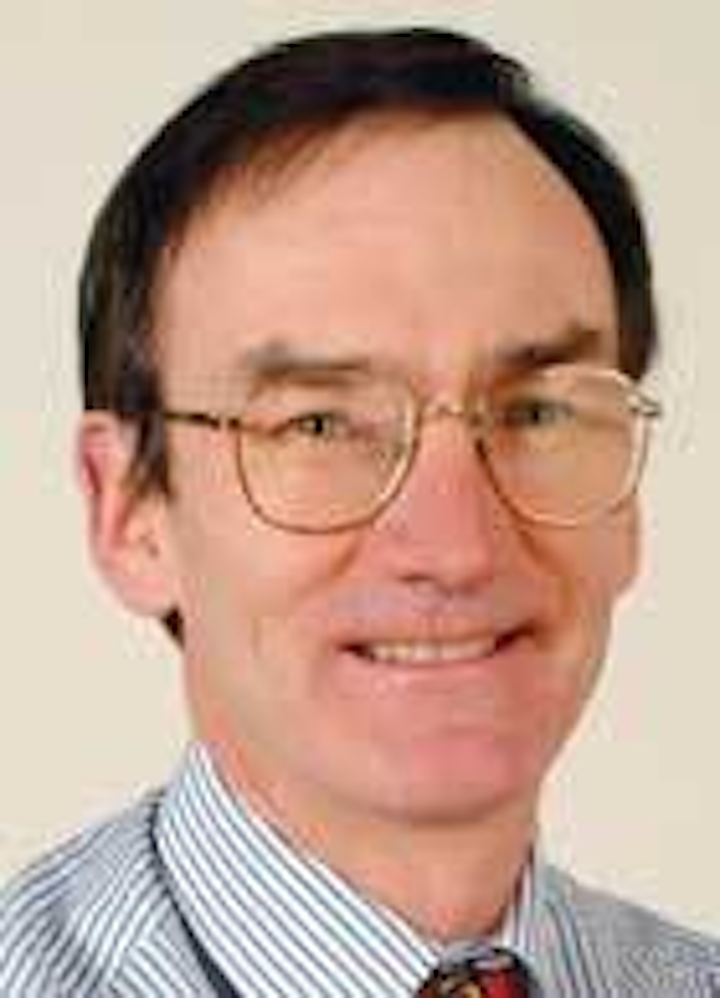 Dr. Dalin: Curing lights are a vital tool in a dental office. Through the years we have gone from UV lights to visible wavelength lights to plasma arc and laser curing lights to high intensity visible lights, and now to LED (Light-Emitting Diode) lights. I love their portability, small size, lack of wires, and simplicity of use. To discuss this topic, this month I will talk with Dr. Richard Price, a professor at Dalhousie’s Faculty of Dentistry in Halifax, Nova Scotia, Canada.

Dr. Price: LEDs use semiconductors to emit blue light. LED curing lights do not require a filter, have a long life span, and often are battery-operated. Conventional halogen lamp curing lights deliver a broad spectrum of light and can cure all dental resins. First- and second-generation LED curing lights deliver only a narrow spectrum of blue light. These lights are effective when curing resins that have camphorquinone (CQ) as the photo-initiator, but are not good when trying to activate resins that have photo-initiators with peak absorption below about 430 nm. Third-generation LED-curing lights contain two different LEDs. They deliver a broader spectrum of light, activating the resins that use alternative photoinitiators.

Dr. Dalin: Let’s talk about light intensities. When we view these lights, should we be looking for any minimal values?

Dr. Price: Stating the irradiance by itself is meaningless. You must know the length of time the light is on in order to calculate the total energy delivered to the composite (Joules/cm2). The irradiance (also referred to as light intensity or power density) is the number of photons per second (watts) received per unit area (w/cm2). Previous studies have recommended that the irradiance delivered by a curing light should exceed 400mw/cm2 in order to produce a well-cured restoration. Generally, these lights are used for 40 seconds. This means that the restorations received 400m w/cm2 multiplied by 40. This equals 16 J/cm2. So, if a composite needs 16 J/cm2 in order to be cured, this can be delivered in 16 seconds with 1,000mw/cm2 or in eight seconds with 2,000mw/cm2. But it is not quite that simple since doubling the irradiance does not reduce the curing time by one-half. It appears the time to reach a certain level of conversion is proportional to the inverse square root of the irradiance. So, if you quadruple the irradiance, the time taken to reach a certain level of curing will be about one-half of the original time.

Dr. Dalin: Are these levels of intensity clinically significant?

Dr. Price: Yes. Lower irradiance values mean more time spent curing the composite. The time it takes to cure varies depending on the brand and shade of composite. High irradiance levels also cause more of a temperature increase in tooth and oral tissues.

Dr. Dalin: I think a quick discussion of absorption spectrums might be helpful. Do we need to worry about compatibility issues?

Dr. Price: Many, but not all dental resins, use CQ as a photoinitiator in the polymerization reaction. CQ has an intense yellow color and is activated by blue light with the most effective wavelengths for photo-polymerization around 468 nm. This matches the output from LED curing lights. But most manufacturers do not tell you what proprietary photoinitiators are in their resins. Some bonding systems and resin composites use other photoinitiating components, called alternative initiators, that are more sensitive to the shorter wavelengths of blue light - light that is less than 410 nm - and less sensitive to blue light in the 440 to 480 nm range. These components are delivered by first- and second-generation LEDs. These narrow spectrum lights are unable to cure these materials, as well as broader spectrum light sources such as a halogen light or a dual peak third-generation LED curing light. Therefore, you also need to know the wavelength range delivered by your LED light to make sure it matches the photoinitiator sensitivity in the resin you are using.

Dr. Dalin: I remember having to test our UV and visible wavelength lights with light meters. Must you do this with LED lights?

Dr. Dalin: How are depth of cures for the new high-intensity LED lights?

Dr. Price: The depth of composite cure with LED LCUs is product and shade dependent.

Dr. Dalin: Is there anything else you want to discuss in closing?

Dr. Price: Remember that high-power curing lights (those greater than 1,300mw/cm2) - whether halogen, plasma arc or LED - may impart high temperature increases to the pulp or the gingival tissues. You should not use high- power lights continuously for more than 10 seconds. I have seen manufacturers use different photoinitiators in different colors of the same brand of composite. Thus, an LED curing light may cure some, but not all, shades of the same brand of composite. This can be confusing. I can understand that manufacturers do not wish to release proprietary information about the photoinitiators used in their composites. This was not a problem when broad-spectrum LED lights were used. But with today’s LED lights becoming so popular, resin manufacturers should clearly state whether or not their resins will be cured by narrow spectrum LED curing lights. Alternatively, if you are not sure which photoinitiators are in the resin, use a broader spectrum third-generation LED curing light.

Dr. Richard Price, BDS, DDS, MS, FRCD (C), PhD, is Professor of Prosthodontics at Dalhousie’s Faculty of Dentistry. He works in a multi-specialty private practice in Halifax. He received his BDS from the University of London, England, and his DDS from Dalhousie’s. In 1984, he completed his MS in Restorative Dentistry at the University of Michigan, and his PhD in Oral Technology and Dental Materials at the University of Malmö, Sweden, in 2001. He is an author and co-author of more than 50 peer-reviewed articles.

Jeffrey B. Dalin, DDS, FACD, FAGD, FICD, practices general dentistry in St. Louis. He is the editor of St. Louis Dentistry magazine, and spokesman and critical-issue-response-team chairman for the Greater St. Louis Dental Society. He is a co-founder of the Give Kids A Smile program. Contact him at jeff@dfdasmiles.com.