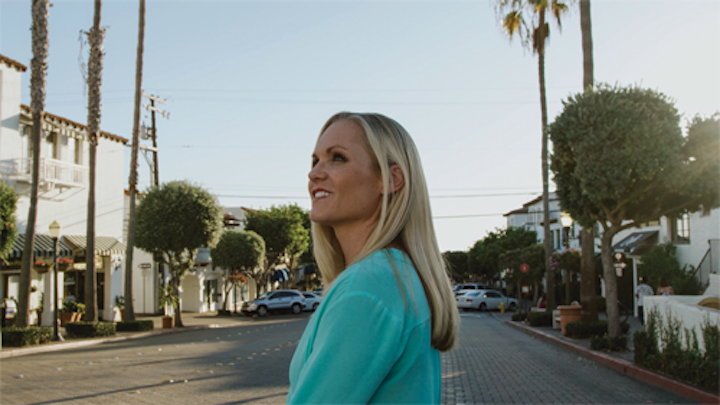 In this bimonthly series, we share some of these stories with you. Our hope is that you can identify with these doctors and learn from them—whether you’ve been through something as trying or not. Let these doctors inspire you to create your own “turning point” for success. 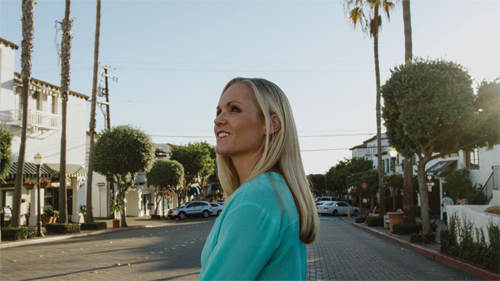 Kristen Ritzau, DDS, was always a planner. While she was completing her dental degree at the University of California Los Angeles School of Dentistry and when she became a successful practitioner upon graduating from college, her organization and motivation fueled her accomplishments.

“I always thought I had a good grasp on what life would look like,” Ritzau said, “both now and in the future.”

Upon graduation, Ritzau took an opportunity at a private practice an hour away from her hometown of San Clemente, California. There, she forged relationships with her patients while settling into a comfortable role, one that would be a feather in the cap for most newly minted practitioners. What Ritzau realized, however, was that the next step in her career wasn’t presenting itself. As her twenties drew to a close, she realized she wanted more.

Setting out to own her own practice seemed like the next logical step—although at least subconsciously, she admits, she wasn’t sure if she was ready. But as she continued to care diligently for her patients as an employee, she was approached about an opportunity to purchase an office. It came at a time of introspection for the usually calculated Ritzau. She and her husband Cory were expecting their first child, which presented some uncertainty. “We started thinking, what are the next nine months going to look like? How about the next year?” she said.

With the prospect of parenthood looming, the couple decided against the opportunity. They politely declined the offer and focused on preparing for their new addition.

A few weeks later, in the summer of 2012, everything changed. While at a routine ultrasound appointment, Ritzau received the worst news for an expectant mother. “We found out that our baby no longer had a heartbeat. It was devastating,” she said. “Suddenly, the life I was imagining for that child was gone. [My husband] and I were forced to reevaluate everything.”

While taking time to grieve, she and her husband, Cory, decided it was important to return to Ritzau’s hometown of San Clemente. “Tragedy has a way of stripping the things away that don’t matter and revealing what’s inside of your heart,” shared Cory. “And through that experience, you could tell Kristen’s strongest desire was to be home, near family.” 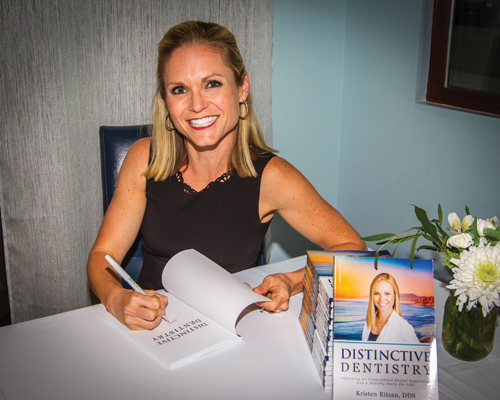 Two months later, Ritzau called the broker who had originally offered the San Clemente practice. She learned it was still for sale. Just before Christmas 2012, Ritzau became the owner of a three-room, one-employee dental office.

Though the previous owner had been established in the community for decades and had a reputation for quality work, his practice had been scaled back. It was laden with outdated technology and equipment.

Ultimately, Ritzau decided she would need to retain her associateship while building Shoreline Dental. Three times each week, she commuted an hour and did what she could to grow her investment. “It seems pretty intense, looking back at it,” she said.

During this transitional period, Ritzau attended a presentation by Jay Geier of Scheduling Institute to a group of UCLA alumni. It was then that she started to think about her business differently. “Cory and I didn’t even know how to answer our [practice’s] phones,” Ritzau said, “let alone understand that a best-practices approach to growing the practice was from the front office outward.”

After the event, Ritzau was motivated to foster change. She implemented technological advances and made cosmetic updates to the facility. Priorities included transitioning from paper charts to a computerized system and using digital x-rays instead of film. She also hired two hygienists to supplement her services. The practice was starting to blossom.

During this early period of growth, Ritzau soon learned of another blessing. She was pregnant again. She would later give birth to her first child.

Ritzau took maternity leave in 2014 and found doctors to cover for her. However, the mountain of responsibilities made her feel inadequate. She felt like she owed it to her staff to be present, but she also had a newborn to care for. At certain moments, Ritzau felt like giving up, but once again, a silver lining appeared. She wasn’t sure what dental consultants could do for her practice, but she reasoned that working with a team that valued organization, planning, and attention to detail would be a benefit. She remembered the lessons learned from Geier and reached out for his assistance, thus starting what would become an ongoing business relationship.

“Scheduling Institute exposed us to a lot of the elements of running and growing a business,” Ritzau said. “We learned the importance of knowing our numbers, setting goals, and tracking those numbers to make sure they were aligned.”

Ritzau grew to become a better business owner and employer. She doubled Shoreline Dental’s on-site training, sending its team to seminars and workshops. She learned about wealth mastery and cash-flow management.

While Ritzau continued to make gains in her practice, she learned in 2016 that she was again pregnant. Ritzau created her first leadership team and hired her first associate dentist as a means of allowing the practice to thrive in her absence.

The future was bright for Ritzau and her growing family. While getting ready to have her second child, the family termed 2017 “The Big Year.” They set out an ambitious goal of increasing Shoreline Dental’s sales substantially—even without its lead practitioner.

Ritzau came back from maternity leave refreshed. Her practice surpassed the sales goal she had established for her absence. She also discovered she was passing the inspiration she received from her business training to her staff. “If you would’ve asked me five years ago, it would’ve been tough for me to envision,” she said.

Ritzau’s story is not just about grief and triumph. It is also about how trust and inspiration can hold a dedicated group of people together. Ritzau is now eager to pass on what she’s learned to fellow practitioners. The first lesson, she says, is to step back and envision your life and your practice. Once you’ve done this, create a plan to make the vision a reality. Accept that while it will take planning and hard work, it will be worth it. “Work with a team that can help you see the long-term benefits, which makes it easier to commit to your goals,” she said.

Finally, partner with trusted and intelligent people who have made it through the process—and stick with them. “I have now seen the fruits of that type of effort, including the professional development and personal success of my team members and leaders,” she said. “It makes the whole process of building a business that much easier—when you have a team that you can fall back on and trust.”

Author’s note: The Scheduling Institute would like to thank Jordan Bressler for his contributions to this article.

Defeat the perfectionist mindset by discovering the pursuit of process

Should I hire an associate?

Dentists often give many of the same reasons when it comes to whether or not they think they should hire an associate. Many of these reasons do not warrant the expense of hiring another person. It’s important to weigh many factors before taking such a big step for your practice.
Dianne Glasscoe Watterson, MBA
Dec 1st, 2018
New Dentists

Associate fuel: Your new-dentist brand within the brand

When they begin their careers, new dentists need to start networking and establishing themselves and building their personal careers. It’s important to build a good reputation early in order to prepare for a time when they open their own practice.
Dec 1st, 2018
Practice

The creation of a successful associateship

Picture the perfect practice associateship arrangement. Now, think about all the things that can go wrong with that scenario. Dental Economics’ Chief Editor Dr. Chris Salierno says, “Dentists shouldn’t just hire associates because they don’t want to work on Saturdays anymore.” Let’s talk about the right and wrong reasons for creating an associateship that is great for both parties and the practice.
Chris Salierno, DDS
Dec 1st, 2018

Keeping sellers on as associates

Just like baseball, there are wins and losses in the strategies that are taken when buying or selling a dental practice. Each practice and staff is different, but there are some overall trends that often occur when dental practices change hands.
Oct 1st, 2018

Dental school is hard enough—so why would you want to add a master’s degree on top of it all? One newly-graduated dentist explains how getting a master’s of science in dentistry enriched her educational experience and will continue to impact her carrer.
Aug 1st, 2018
New Dentists

Business success in dentistry is not a fluke

Clinical dentistry is stressful enough without adding the unnecessary headaches associated with a business that’s not operating well. While running a business is not easy, it is often predictable.
Jul 1st, 2018

Associateship: Can you make it work?

The key to understanding if an associateship opportunity will work for both parties is understanding the motivations and expectations of everyone involved. And also money. (Yes, I know you’re shocked, but compensation is important!) This article will give you several things to consider as you ponder a dental associateship.
May 1st, 2018

Half full or half empty? Dental student life defined

David Rice introduces the Pathways to Practice column, which will look at ways new dentists can create their ideal practices.
Feb 14th, 2018