Determination in the face of adversity: The story of Dr. Aaron Strickland 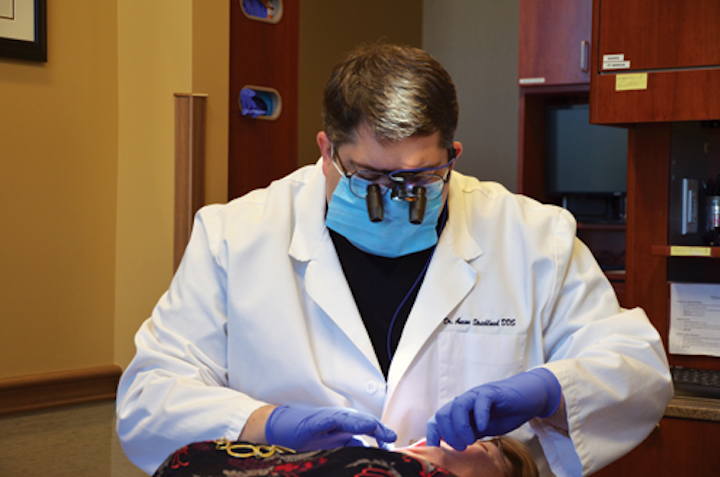 In this bimonthly Dental Economics series, we want to share some of their stories with you. Our hope is that you can identify with these doctors and learn from them—whether you’ve been through something trying already or not. Let these doctors inspire you to create your own “turning point” for success.
—The Scheduling Institute 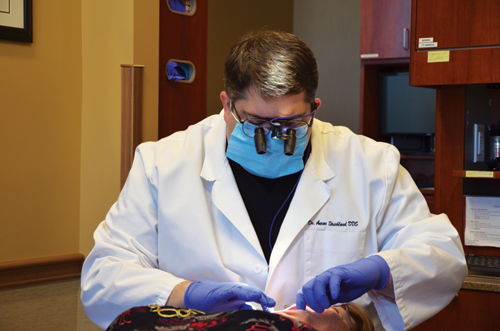 “Never go backward. Attempt, and do it with all your might. Determination is power.”

Each time Aaron Strickland, DDS, watches the sun rise in his hometown of Columbus, Indiana, he sees the flecks of orange, gold, and red that peek through the muted colors of dawn. The breathtaking display of nature reminds him of how—in his own life—determination in the face of adversity has led to his most significant success. Born with a cleft lip and palate, Dr. Strickland recalls being bullied in school. By the age of 18, he had endured 18 separate cleft palate surgeries. Instead of becoming discouraged, he chose to be inspired. He set out to become a dentist so he could show people they could get their teeth taken care of without pain.

“There’s nothing else on your body that stands out as much as your face,” says Dr. Strickland. “I thought, ‘I could help people fix their teeth as well as help them figure out things. I could get them on the right track without being embarrassed, scared, or fearful.’”

But when a bizarre patient crisis in 2016 threatened to bring down his practice, Dr. Strickland was tested again. The incident drew media scrutiny, caused one staff member to leave, and attracted national attention. Yet it was his determined mindset, which originated in childhood, that kept his business afloat and led to a turning point.

In 2005, after earning two bachelor’s degrees and completing dental school, Dr. Strickland became a practicing dentist. In 2009, he returned to his hometown in Indiana to open his own practice. He launched White River Dental while working simultaneously at another office. At the time, the economy was in crisis. Dr. Strickland had to focus to keep things afloat. But since its inception, White River Dental has benefited from a culture of relentless improvement. For six years, Dr. Strickland sometimes worked seven days a week to reinvest in and grow his practice. Wanting to avoid stunted growth and being a “doc-in-a-box,” he chose to work with Jay Geier and Atlanta-based Scheduling Institute to build his team and a stronger practice. Things started to look brighter and brighter.

“The help of my team and [the] mentorship were critical to our growth,” he says. “Things were getting bigger and better. Our new patient numbers were getting higher, and our production and collections were all rolling significantly. By 2016, we were in a ‘the future’s so bright, you gotta wear shades’ kind of moment.”

The situation further deteriorated. An in-home interview featuring the patient with his wife by his side was aired on Indianapolis local news. The video was uploaded to YouTube. The account of the patient’s experience garnered an extraordinary number of views. Dr. Strickland was unable to comment on the claims due to HIPAA laws, and his patient count dropped 12%.

Even though the alleging patient could not get a lawyer to take the case, the bank that had provided the loan on his new building wanted to delay the project. The stress from the publicity and subsequent upheaval caused employees to quit. 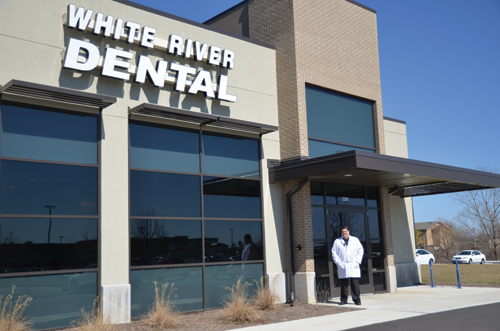 “Admittedly, we lost focus from that event,” says Dr. Strickland. “Along with my efforts to continue putting our best foot forward, the team leaders that were in place took on a lot of the responsibility to keep our positive reputation with patients, and some of the team leaders—we found out—weren’t right for those positions.”

Apprehensive of the consequences of the news story but determined to turn a corner, White River Dental rebuilt its staff. Dr. Strickland instructed his team to focus on providing the quality service and skilled dentistry that his loyal patients had come to expect. In the meantime, the team members decided they would refuse to dwell on the patient event—personally or professionally.

“When people would call our practice and ask about the situation, cancel their appointments, or make negative remarks, our call team remained calm and held their heads high, even though it was difficult,” says Dr. Strickland. “Those patients who came in for treatments—sometimes for the first time—did still make comments, but they wanted to work with us. We chose to use the situations as inspiration and motivation for taking more steps in the right direction.”

Dr. Strickland also filed a case in Indianapolis Federal Court to allow him to talk about the patient’s treatment. Because the patient went on television and discredited the dentist and his practice, the lawsuit sought to allow him to publicly discuss the situation if necessary.

The team at Scheduling Institute also helped keep him on track. “Since we had been working with them for about four years when the incident happened, I firmly believed their 5X formula for patient attraction and growth was the key to keeping and increasing our client accounts. Their patient-centered training modules also gave us the backbone not to give up or to back down,” he says.

Dr. Strickland’s commitment to improving the patient experience gave White River Dental a second wind. Soon he had added new, skilled, and enthusiastic members to his leadership team and broke ground on another new building. 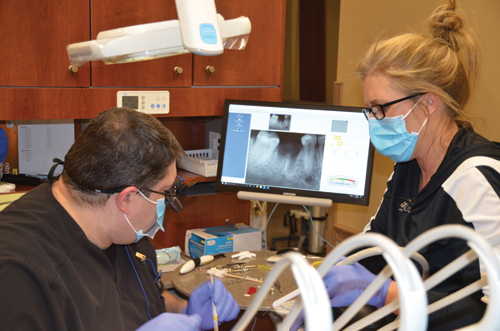 Five months after the patient video surfaced, the court ruled that Dr. Strickland could defend himself. It was time again to move forward. He made a television rebuttal, displaying the paperwork where the disgruntled patient signed for consent to treatment and failed to mention his complete medical history.

In the meantime, Dr. Strickland worked tirelessly alongside his marketing managers (and parents), Victoria and Jerry, and received unrelenting support from his wife, Wendy. Soon after, the bank in charge of the loan for the new White River Dental building allowed the construction process to go forward.

“The biggest thing in 2017 was trying to get the practice back in order from 2016 and then continue to construct the new building. And now we had even more confidence to face those who were negative and put our practice down,” he says.

Along with his determination to stay the course, it was the people Dr. Strickland surrounded himself with who allowed him to reach a turning point. During adversity, he reminded himself of a simple philosophy, which holds that a resilient dental practice needs to focus on these three critical actions:

Today, when Dr. Strickland walks into his newly constructed building and sees his family and smiling staff, he feels vindicated. He is excited about the future. Falling in line with his core beliefs, White River Dental is moving on to a better future. He sums it up by saying, “It is not only about going forward, but about growing forward.”

Author’s note: The Scheduling Institute would like to thank Jordan Bressler for his contributions to this article.

There are two great myths believed by many of todays’ dentists. The first is that our case acceptance is above 90% and the second is that PPOs are a necessary evil in a modern practice. To find out how we bust these myths, download the free guide now.
Nov 14th, 2019
Science & Tech

Team motivation and the adoption of new technology

The adoption of new dental technology becomes a matter of morale in a team environment.
Mar 1st, 2019