Dental curing units, or light-curing units (LCUs), are essential in dental offices; they are used daily in restorative dentistry, orthodontics and hygiene to cure resin-based restoratives

Dental curing units, or light-curing units (LCUs), are essential in dental offices; they are used daily in restorative dentistry, orthodontics and hygiene to cure resin-based restoratives, luting materials and sealants. The clinical success of all these materials depends on the LCU delivering sufficient light to polymerize the resin—otherwise, incomplete polymerization will occur. Read More... 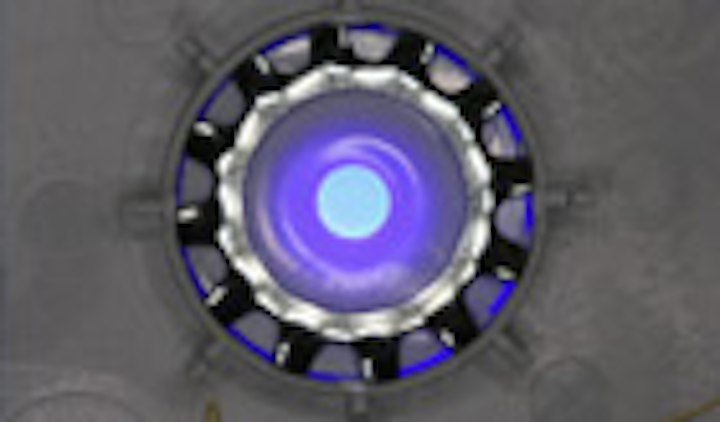 Dental curing units, or light-curing units (LCUs), are essential in dental offices; they are used daily in restorative dentistry, orthodontics and hygiene to cure resin-based restoratives, luting materials and sealants. The clinical success of all these materials depends on the LCU delivering sufficient light to polymerize the resin—otherwise, incomplete polymerization will occur (Figs. 1a-1c)

Incomplete polymerization may result in clinical failures such as bracket debonding, increased postoperative sensitivity, bulk fracture of the restoration, secondary caries because of adhesive failure between the tooth and the resin composite, and color changes within the restoration (Figs. 2a-2c).1 Having to redo such failed dental work at no charge is a recipe for financial disaster.

Although light-emitting diodes (LEDs) have the potential to last for thousands of hours, they can be damaged rapidly if subjected to a high-current density in an attempt to deliver a high light output. This can cause overheating of the LED chip and yellowing of the epoxy around the LED (Figs. 3a-3b), resulting in a reduced output of light.

Despite technological advances and the availability of LCUs that can provide a stable, high light output, most published studies show that LCUs used in offices around the world often deliver inadequate light. The dentists, however, were unaware that their lights weren't able to adequately cure their restorations.2-9

Figs. 1a-c: Examples of incomplete polymerization. The composite is hard at the occlusal surface but soft and inadequately cured at the bottom of the proximal box.

Figs. 2a-c: Examples of clinical failures, likely because of incomplete polymerization. Note the yellow color, the debonding at the margins and the fractured resin. (Images courtesy of Dr. A. Shortall and Dr. H. Strassler)

Examples of LCUs where the optics have become damaged: overheated LED, causing bubbles and yellowing in the LED chip (Figs. 3a, 3b); damaged or contaminated light tips (Figs. 3c, 3d); and reflector damage (Fig. 3e).

When using a curing light, it's impossible for the clinician to visually evaluate the quantity and quality of the light output, and the top surface of the restoration will feel hard to the touch after light curing. The combination of the intense blue light and the hard resin at the surface of restorations can provide a false sense of security that the LCU is adequately polymerizing all of the restorative material.

Thus, in view of the vital role of LCUs and their susceptibility to deliver less light output over time,15,16 every dental office should regularly monitor the output from its LCUs9 for optimal patient care and for medical/legal reasons. 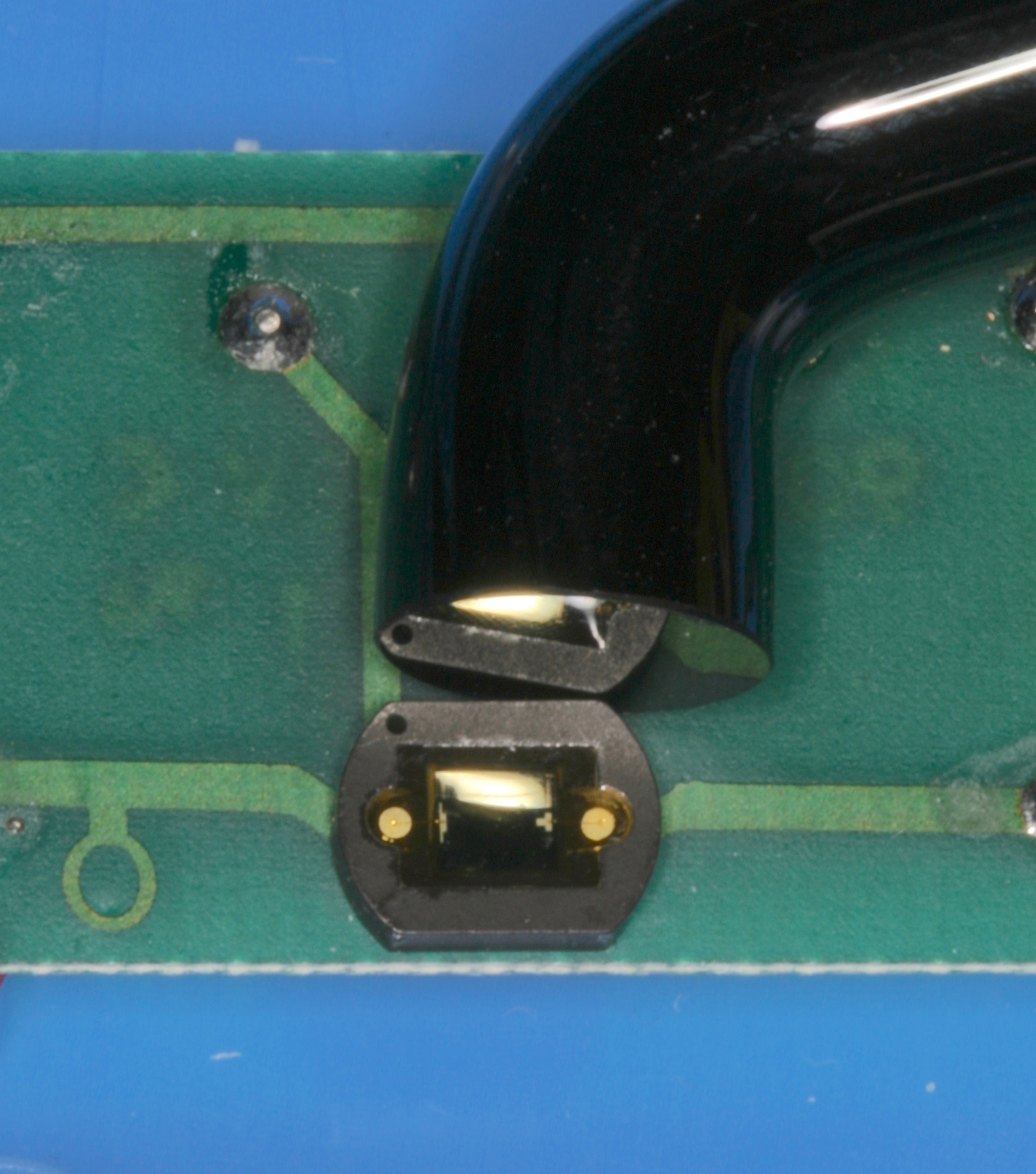 Fig. 4a: Light seen through a 4.3mm-diameter entrance aperture into a dental radiometer 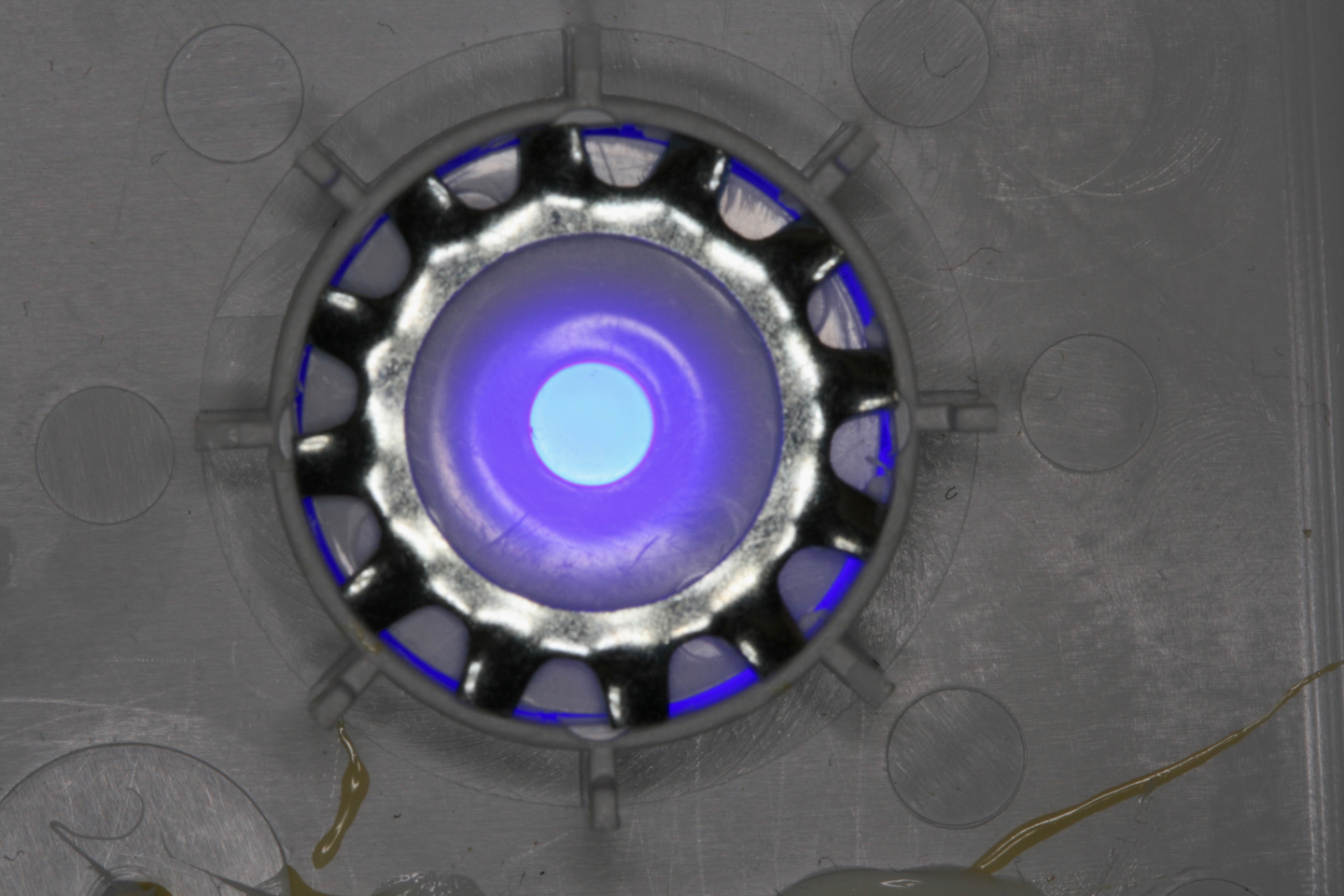 4b: Light tip in relationship to sensor size used in radiometer 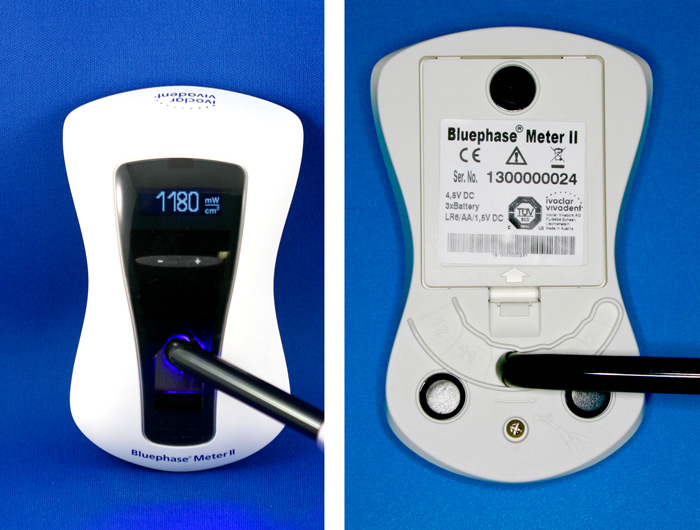 Figs. 5a-b: The Bluephase Meter II, showing the tip diameter guide on the back of the radiometer and the irradiance recording

Additionally, in some instances, the emission spectrum from the curing light may extend beyond what dental radiometers can detect. For example, Ivoclar Vivadent's Bluephase G2 and Bluephase Style deliver a wavelength of light from 385 nanometers to 515nm, and yet some dental radiometers don't measure light below 400nm or above 500nm.

The Bluephase Meter II is a new dental radiometer that uses a large sensor. It can measure both the power in mWatts and, when the light-tip diameter is entered into the meter, it can also calculate the irradiance (Figs. 5a-b). The manufacturer claims that this new meter can measure the power output from a curing light with an accuracy of ±10 percent, provided that the light tip is between 5-13mm in diameter.

In addition, the Bluephase Meter II can measure light from 385-550nm and report the irradiance from 300-12,000 mW/cm2. A recent study presented at the 2016 AADR meeting in Los Angeles reported that the meter met the manufacturer's specifications and could accurately measure the power from seven different curing lights tested.23

An easy to use dental radiometer that accurately reports the power (mW) and irradiance (mW/cm2) from their LCUs should result in more reliable curing and greater longevity of resin-based restorations. For medical/legal reasons alone, it's recommended that dentists record the power output from their LCUs when new and keep a daily record.1 They can then respond appropriately to any decrease in light output from the LCU.

Editor's note: This article was originally published in the July 2016 issue of Dentaltown magazine. Reprinted with permission. All rights reserved.

19. Busemann I, Schattenberg A, Willershausen B, Ernst CP. Accuracy of Hand-held Dental Radiometers for the Determination of Power Output of Curing Devices. Das Deutsche Zahnärzteblatt 2008; 117:476-482. Dr. Richard Price is the division head for fixed prosthodontics at Dalhousie University in Halifax, Nova Scotia. Price also works as a prosthodontist in the faculty practice at the university, is involved in research on implants, dental resins and curing lights, and teaches about light curing. He has written more than 100 peer-reviewed articles. In 2014 and 2015 he organized two symposiums on light curing in dentistry at Dalhousie

Beautiful Restorations To Last A Lifetime

No Shrink? No Stress? No Problems

Bulk-fill composites have been a boon for quadrant dentistry, enabling us an opportunity to provide a great service for patients and a profitable one for their practice. The ability to cure 4 mm of Tetric EvoCeram (Ivoclar Vivadent Inc.) at once has enabled me to restore multiple teeth without worrying about running out of time. Read More...
Apr 20th, 2017

Adhese® Universal from Ivoclar Vivadent is a new single-component, light-cured, universal adhesive for direct and indirect bonding procedures. It is the only universal adhesive available in the VivaPen® delivery form. Read More...
Apr 20th, 2017

Bulk-fill materials are often made to be translucent to allow for light to penetrate more deeply during curing. But translucent materials don't always cover up dark staining, such as that which is left behind when an old amalgam is being replaced.
Mar 20th, 2017