Dr. August de Oliveira explains how he used the Imetric system and Trios intraoral scanner on an all-digital, model-free hybrid implant case, resulting in a tight fit, no occlusal adjustment, and excellent esthetics.

BEFORE I HAD RESTORED a lot of dental implant cases, I had always thought, “Taking an impression for an implant restoration must be so easy!” There was no cord packing, no tooth prepping; just screw in an impression coping, and off you go. While this is true with most single-unit posterior cases, the longer I practice, the more I realize that getting a good implant restoration from a polyvinyl siloxane (PVS) impression can be tough. First, you need to make sure the parts involved are actually seated. Then, you need to cope with the inaccuracies that are caused by the impression material or the lab inserting the analogs incorrectly. When we first started using scan bodies (3Shape), I jumped on the bandwagon. The difficulty multiplies exponentially when dealing with multiple splinted implants, which is what we see in hybrid cases (figure 1).

Using naive logic, one would think scanning for a hybrid is pretty easy, right? Just screw in scan bodies and you are off to the races. Well, hold up! As many digital dentists know, the more images you take, the less accurate the scan. This is due to the fact that, like a panoramic picture, an intraoral scan is really made up of multiple images that are “stitched,” using common overlapping data. This mathematical extrapolation introduces slight error that can add up with the number of images you need to take for a full-arch scan. Searching the literature for real numbers on the accuracy of full-arch intraoral scans on edentulous cases is like finding a needle in a haystack, in spite of the growing number of intraoral scanners on the market (figure 2). 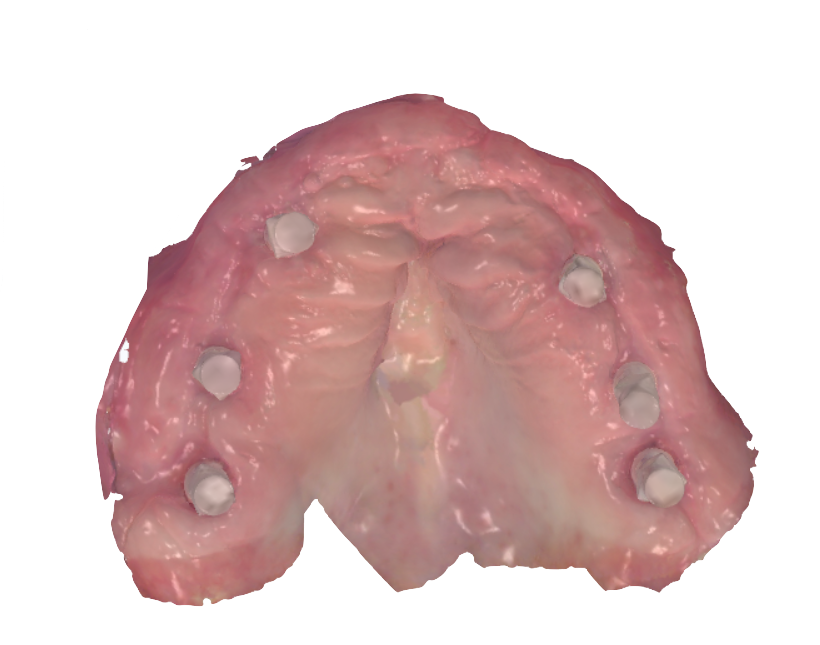 Currently, the gold standard for restoring implants is to lute together impression jigs via a process called a corrected cast. This process involves taking an initial inaccurate impression, making jigs and a custom tray, and then repouring the model or cutting out analogs to make up for the inaccuracies of regular impression copings and a stock tray (figure 3).

This model can have scan bodies inserted and scanned with a lab scanner. You may be wondering why a lab scanner is more accurate than an intraoral scanner. There are two reasons. First, there is no saliva and no patient movement in a lab scanner. The model and the scanning camera are fixed or may rotate, but there is no wiggling. Second, a lab scanner needs fewer images than an intraoral scanner as it captures more data per shot. Enter photogrammetry. With photogrammetric scanners, scan bodies that look like dominoes are captured with extraoral images taken with a scanner. In this case, we used the Imetric 4D scanner (figure 4).

Three separate scans were taken of this patient. First, as with anything we do in dentistry, we have to establish the bite. This was achieved with a pre-op scan with the patient wearing his converted denture. Next, after removing the converted denture, healing abutments were screwed into the multiunit abutments and a soft-tissue scan was taken. Finally, the Imetric 4D scan bodies were screwed in and an extraoral scan was taken. These three scans were then combined and exported to Exocad, a powerful lab-based CAD/CAM software (figure 5). 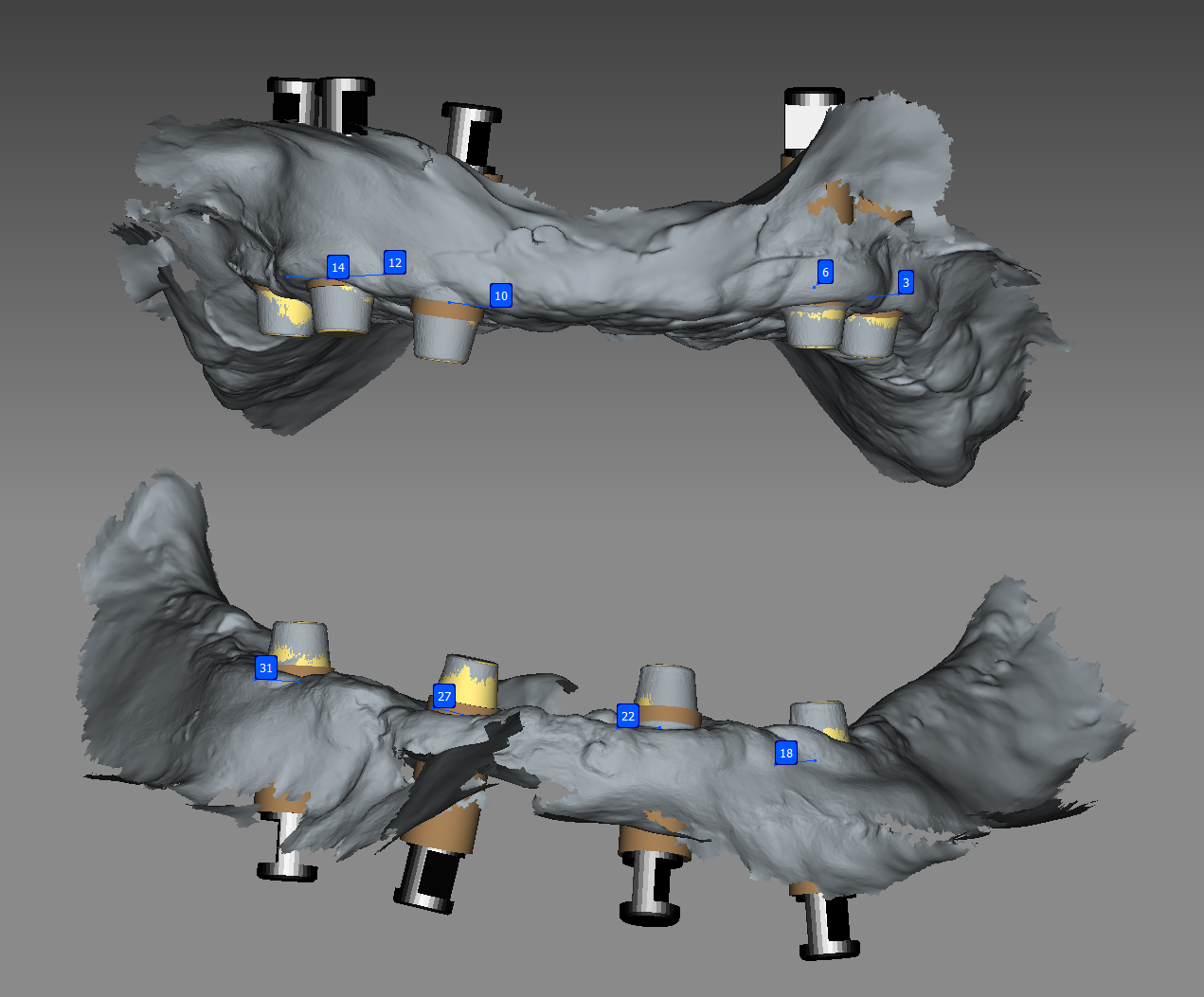 Figure 5: The soft-tissue and scan-body scans were combined and exported into Exocad.

Once a month, I volunteer at a clinic in Phoenix called Brighterway, where we provide dentistry to the homeless as well as low-income veterans and their families. A number of companies have donated high-tech toys for me to play with, including Trios intraoral scanners (3Shape), a Carbon 3-D printer, a Ceramill CAD/CAM system (Amann Girrbach), and the Imetric 4D scanner.

In this case, we had a veteran with implants placed in an All-on-4 arrangement and a converted hybrid denture on multiunit abutments. The implant positions were captured using domino-like scan bodies, and the soft tissue was scanned with a Trios scan. The patient’s bite was established by scanning the converted denture intraorally (figures 6 and 7). 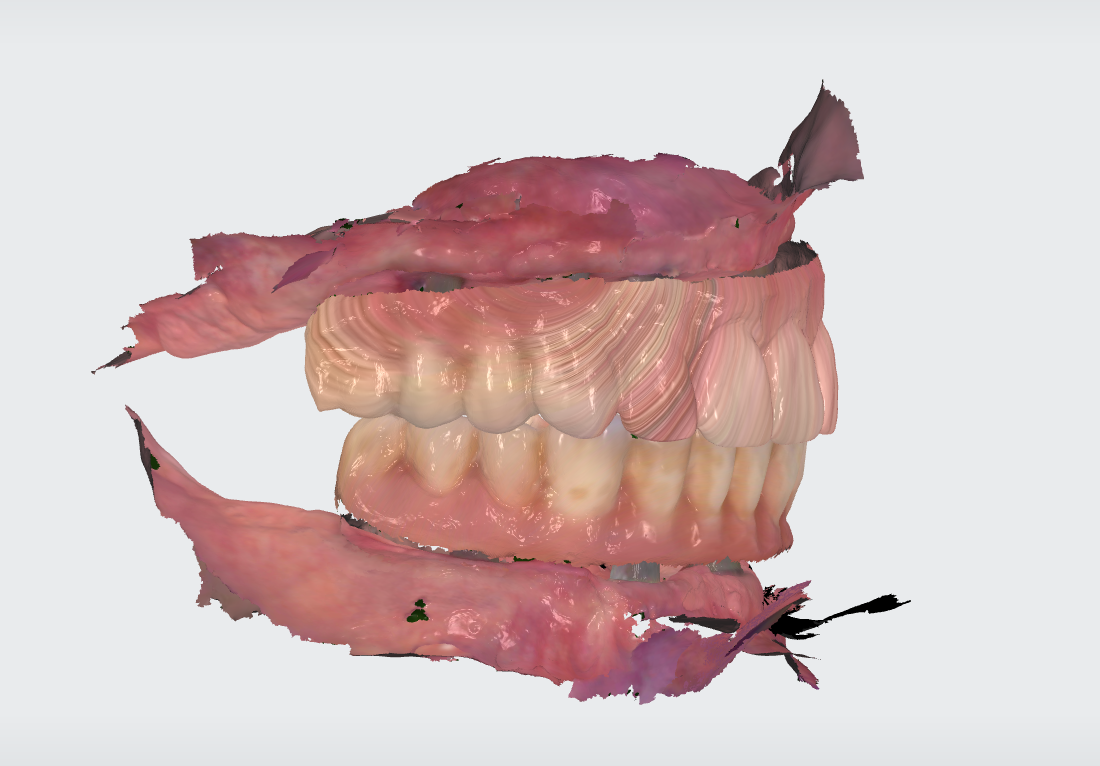 Figure 6: A preoperative scan of the patient's converted denture was taken with a Trios scanner. 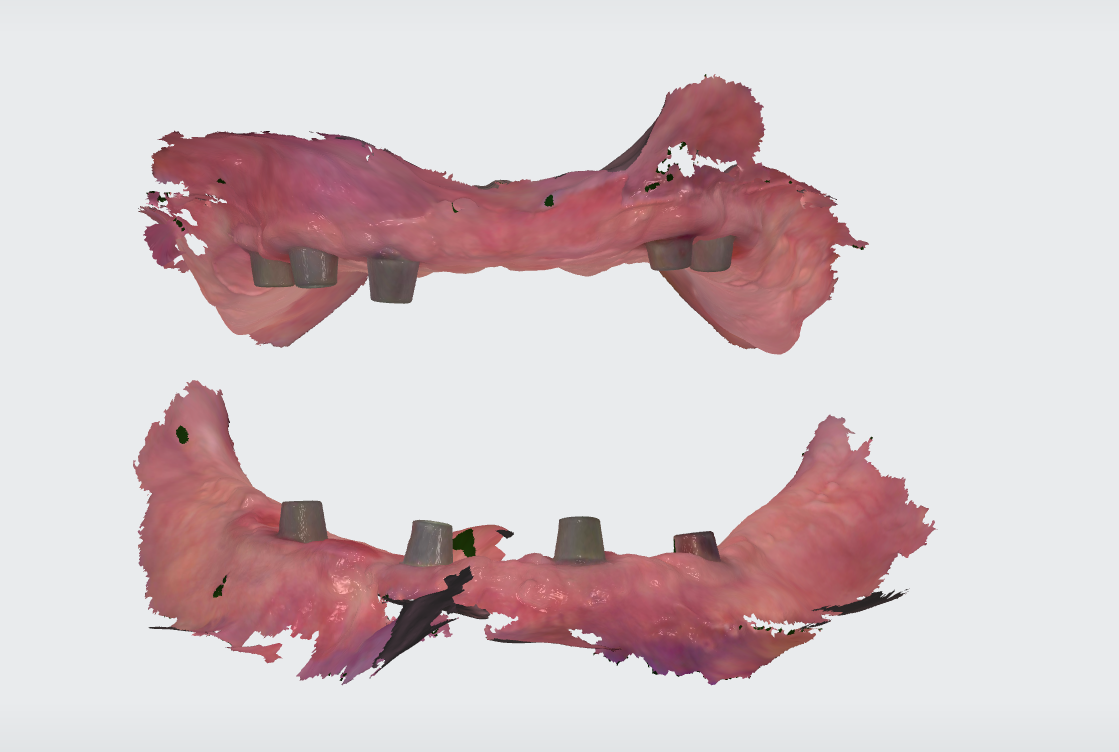 Figure 7: A soft-tissue scan with healing abutments was taken with a Trios scanner. 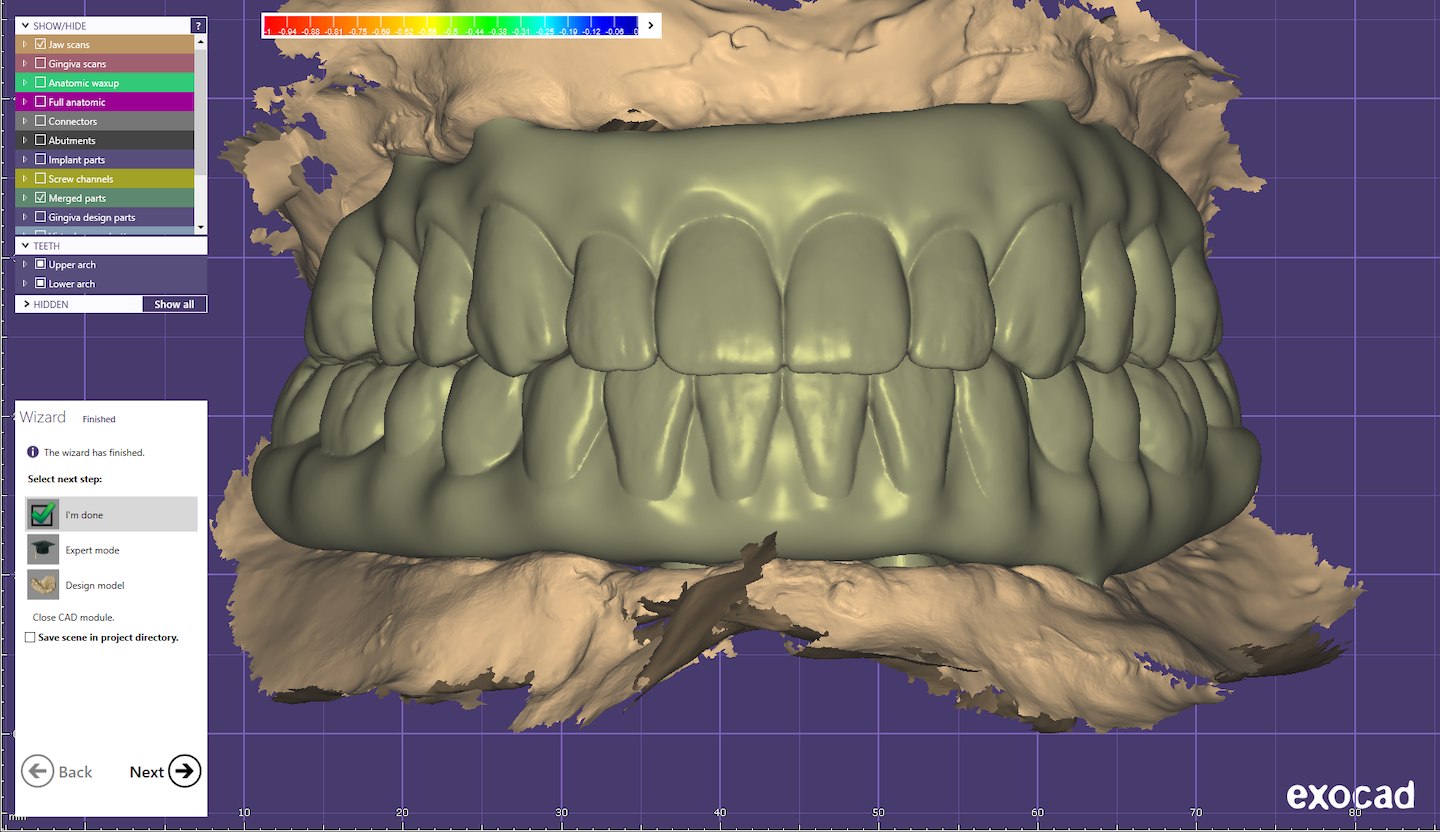 Figure 8: In Exocad, a set of hybrids was designed and completed by Burbank Dental Lab.

In this case, we used a polymethyl methacrylate (PMMA) acrylic hybrid that the patient will wear for a few months to verify occlusion, phonetics, esthetics, and cleansability. Once we are all happy, the final can be milled in zirconia or with an enhanced polymer, such as Pekkton (Anaxdent), with IPS e.max crowns (Ivoclar Vivadent) for the individual teeth. Gingival composite was layered on the PMMA, and the teeth were stained and glazed with an acrylic glaze (figure 9).

Figure 9: Gingival composite was layered, and acrylic stains and glazes were used on this monolithic PMMA set of hybrids.

Three things blew me away with this case. First, the fit was completely passive. We do something with hybrids called the Sheffield test. One screw is tightened on one implant, and pressure is applied to the contralateral side to see if there is rocking. Although our previous hybrids passed this test, they felt tighter than the hybrids made using the corrected cast. Second was the occlusion. No occlusal adjustment was needed in this case. Finally, we were all thrilled with the esthetics (figure 10). Using Imetric and Trios scans is going to be our standard protocol going forward at the Brighterway clinic. 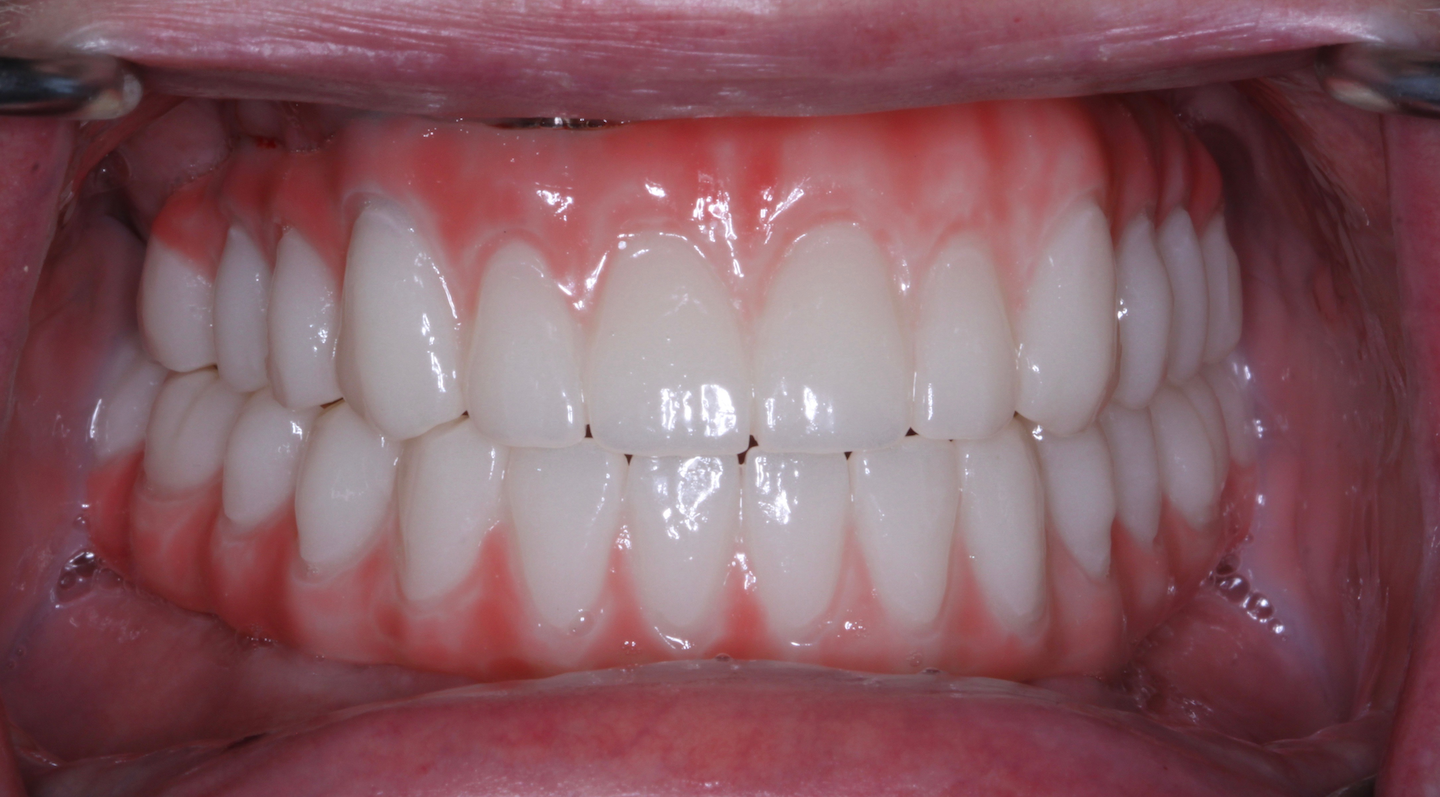 Figure 10: A passive fit and no occlusal adjustment needed on this dual-arch hybrid case 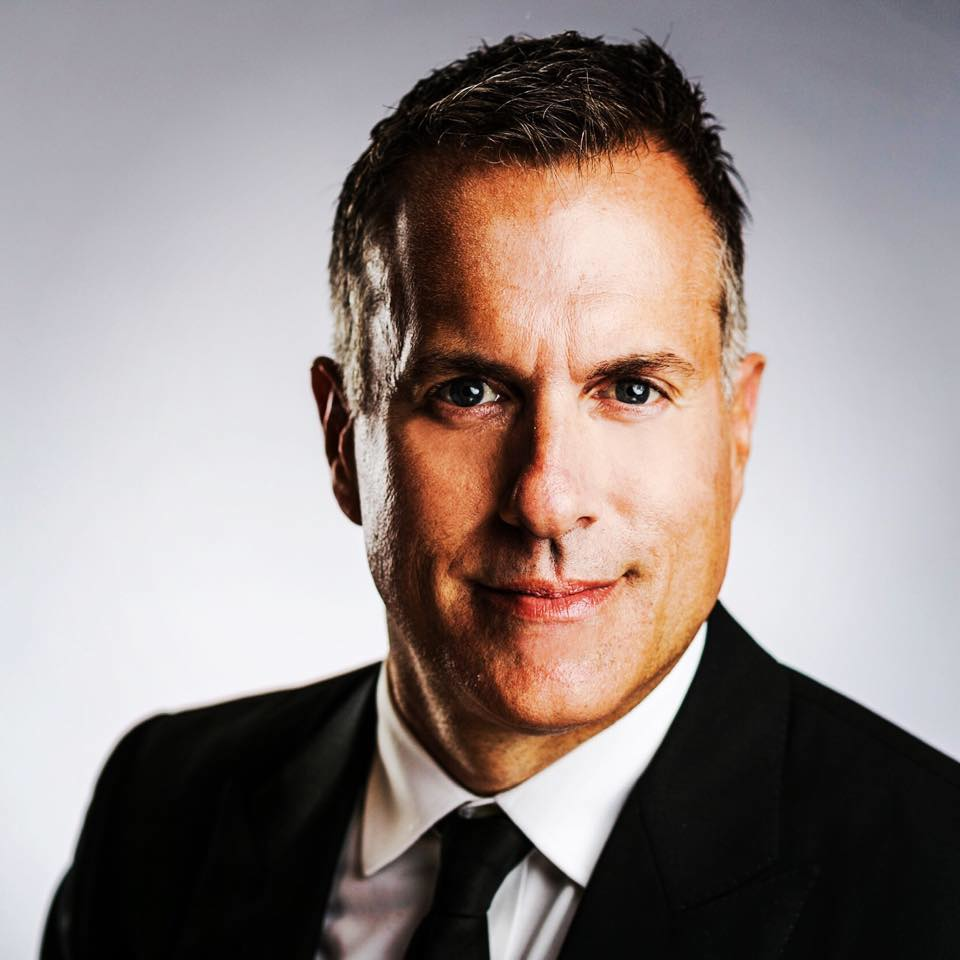 AUGUST de OLIVEIRA, DDS, graduated from the University of Washington School of Dentistry in 1997 and completed his general practice residency in Los Angeles in 1998. He has written three books: Implants Made Easy, Guided Implantology Made Easy, and Dental 3D Printing Made Easy. Dr. de Oliveira lectures for several dental companies, including Implant Direct and Dentsply Sirona. He lives and practices in Los Angeles, California.

Latest in Intraoral Scanning and Photography

Why we love IDS: A primer on the International Dental Show

Held every two years, the International Dental Show is the largest dental gathering in the world. In this interview with VDDI's Markus Heibach, learn about the show's history and what makes it special to dental industry.
Chris Salierno, DDS
Mar 15th, 2019

In this extended interview from IDS 2019, Dentsply Sirona CEO Donald Casey talks to Zachary Kulsrud about the company's vision for the future of dentistry.
Zachary Kulsrud
Mar 14th, 2019

On day three of IDS 2019, the weather is bad outside. Luckily for Chris and Zac, the exhibit hall is shining inside.
Mar 14th, 2019

The CS 3700 intraoral scanner from Carestream Dental was designed by the same minds who inspire Porsche. Watch this interview with Marianne Belcari from IDS 2019 to find out more.
Chris Salierno, DDS
Mar 13th, 2019

Chris and Zac wrap up their day two coverage of IDS 2019 at a cooking event hosted by VDDI, the Association of the German Dental Industry.
Mar 13th, 2019