I constantly see ads, courses, and articles on how useful diode lasers are in dental practice. 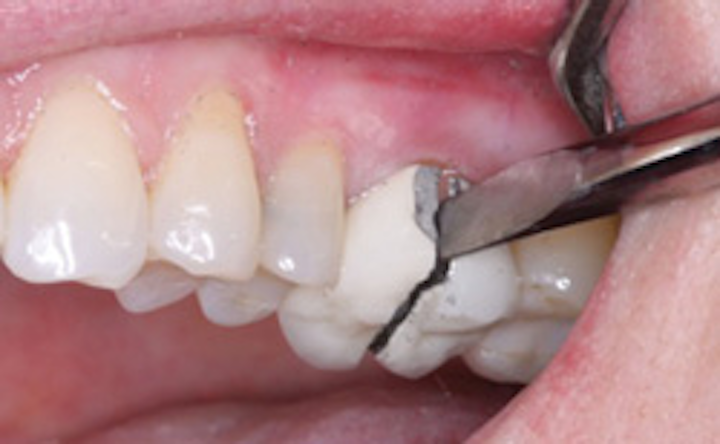 In this monthly feature, Dr. Gordon Christensen addresses the most frequently asked questions from Dental Economics® readers. If you would like to submit a question to Dr. Christensen, please send an email to info@pccdental.com.

Q I constantly see ads, courses, and articles on how useful diode lasers are in dental practice. I have been using electrosurgery for many years, and I do not feel the need to purchase another new gadget unless it will do something that electrosurgery cannot. Am I missing something?

A This controversy has raged for years in many areas of medicine, including otolaryngology and gynecology, in which practitioners contour and remove significant quantities of soft tissue. I have searched the literature in those fields and others to see if we in dentistry have different clinical needs. Each group, the laser proponents and the electrosurgery proponents, claims superiority.

Each has supportive "research," some funded by manufacturers and some by private researchers. To answer your question, I will discuss the advantages and disadvantages of each for use on soft tissue in dentistry. The most common wavelength of laser used in dentistry is diode at a wavelength of 808 to 980 nm. I will not discuss the use of laser for cutting hard tissue in dentistry, which is another very different and more confounded subject. More detail and scientific investigations on diode lasers may be obtained in the Clinicians Report Foundation Study at www.cliniciansreport.org or in Clinicians Report June 2012, Vol. 5, Issue 6.

An inexpensive scalpel will accomplish most soft tissue cutting needs well (Fig. 1). However, most dentists have an electrosurgery unit and use it routinely in practice (Fig. 2). These devices operate effectively for many years without repair and are inexpensive. Although electrosurgery advantages are well known to dentists who use this concept, I will review them below to allow a comparison with diode lasers.

The advantages of electrosurgery in dentistry are:

What are the advantages of a diode laser for soft tissue cutting?

Diode lasers have some significant advantages that make them desirable in typical dental practices (Fig. 3).

What are the disadvantages of diode laser use?

Is there a need to use both electrosurgery and diode laser?

I will answer this candidly, summarizing my observations from the scientific literature as well as my own clinical experience over many years. Some dentists will undoubtedly disagree with my admittedly biased opinion.

If I were forced to select only two of the three modes of cutting soft tissue, my choices would be very easy because of the reasons listed above. I would prefer to use scalpel and electrosurgery.

However, there are many times in a day that all of us need to contour or remove soft tissue around a metal object, primarily an implant. The chance of causing harm with electrosurgery is always present. What harm? Electrosurgery used too close to bone can cause osteonecrosis. Using electrosurgery around implants can cause deintegration of the implants. Electrosurgery cuts so fast that it is easy to remove too much soft tissue. I have experienced all of the above.

It should be clear to you that both modes of soft tissue surgery have advantages and disadvantages. It is logical to use both.

I see the following logical examples for electrosurgery and laser use, but I'm sure some readers will disagree with my opinions.

There are many brands of diode lasers. The Clinicians Report Foundation recently compared the clinical scientific characteristics of numerous diode laser brands (Clinicians Report June 2012, Vol. 5, Issue 6). The cuts made by the lasers were very similar in speed, depth, width, and ease of use, but the cost varied significantly (Fig 4). Based on many variables such as cost, the two diode laser brands shown in Fig. 5 were rated highest.

Both electrosurgery and diode laser have a legitimate place in typical dental practices. It is my opinion that some practitioners will benefit from buying both and using them in the situations I described in this article.

Gordon Christensen, DDS, MSD, PhD, is a practicing prosthodontist in Provo, Utah. He is the founder and director of Practical Clinical Courses, an international continuing-education organization initiated in 1981 for dental professionals. Dr. Christensen is a cofounder (with his wife, Dr. Rella Christensen) and CEO of CLINICIANS REPORT (formerly Clinical Research Associates).