Sleep Apnea: A problem we can tackle

Pro Player Health Alliance (PPHA) was founded by myself, the nation's top producer of dental sleep apnea devices, and NFL greats. As a state champion high school football coach, I initially approached Derek Kennard, a former NFL center and Dallas Cowboys Super Bowl champion, when we and other NFL greats were doing an educational football camp to train Pop Warner coaches at Arizona State University. I told Kennard he had the sleep apnea look - raccoon eyes - and that, together with his raspy voice, suggested that he'd either been up all night yelling at someone or he had sleep apnea. What I didn't know was that Kennard had been seeing a doctor about his sleep troubles twice a year for eight years, but he had been unable to reach a resolution due to being uncomfortable during the in-lab studies and intolerant of CPAP. He'd reached the conclusion that sleep apnea was something he'd just have to live with. 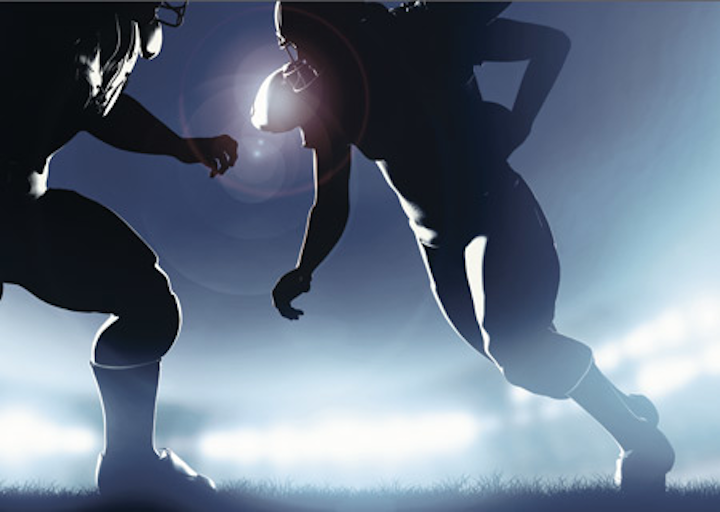 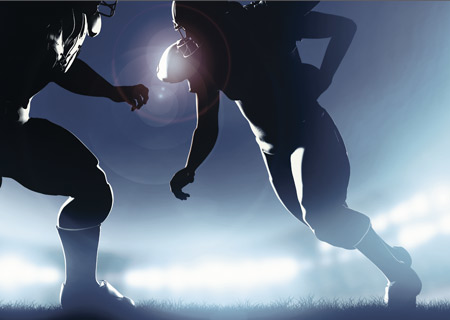 Pro Player Health Alliance (PPHA) was founded by myself, the nation's top producer of dental sleep apnea devices, and NFL greats. As a state champion high school football coach, I initially approached Derek Kennard, a former NFL center and Dallas Cowboys Super Bowl champion, when we and other NFL greats were doing an educational football camp to train Pop Warner coaches at Arizona State University. I told Kennard he had the sleep apnea look - raccoon eyes - and that, together with his raspy voice, suggested that he'd either been up all night yelling at someone or he had sleep apnea. What I didn't know was that Kennard had been seeing a doctor about his sleep troubles twice a year for eight years, but he had been unable to reach a resolution due to being uncomfortable during the in-lab studies and intolerant of CPAP. He'd reached the conclusion that sleep apnea was something he'd just have to live with.

I encouraged Kennard to be tested again but this time with a home sleep study, after which he was diagnosed with sleep apnea and subsequently fitted with a specialized mouth guard known as a Sleep Herbst appliance. It completely changed the quality of his life. Unfortunately, there was a much more difficult lesson about sleep apnea in store for him. During the time that Kennard was being fitted for his appliance, his brother, Donald, passed away from cardiac arrest brought about, in part, by sleep apnea. It was then that Kennard felt a new urgency to find a way to help others going through the same troubles. After the player's friends could see how much Kennard's life had improved, another NFL icon, Roy Green, was intrigued enough to ask and pursue a solution as well. Green also had problems with his health due to complications with various painkillers given to him by the NFL during his playing days that are proven to compound the effects of sleep apnea, including the drug now banned by the NFL known as Toradol; therefore, Kennard, Green, and I realized our sleep stories and solutions were something worth sharing. We formed the Pro Player Health Alliance with the goal of helping other NFL players.

"We reached out to other players we'd played with and against, the National Football League, and the players union, and we started testing players," Green said. To date, Pro Player Health Alliance has tested more than 200 former and current NFL players and has seen great results, leading to most of them being treated. Roy Green said, "We heard stories that were so unbelievable. Lives were changing. We decided to reach out to our communities ... to everyone we know. We know this is saving lives. This is helping so many people. It's just become a passion of ours, so that's what we do now. We're feeling so much better, and we know so many people are unaware that it is sleep apnea that they're suffering from. Just a simple test and a simple appliance can change lives."

Not only are the players' lives improved when they get treatment for their sleep apnea, their partners are also grateful for the changes. Prior to his being fitted with the Herbst device, Derek Kennard's wife couldn't stand his snoring, but she didn't love listening to his CPAP machine either. Kennard was concerned that the "Darth Vader machine took the sexy out of the bedroom." Some players have such severe sleep apnea that they must use both a CPAP machine and a Herbst device to get restful sleep, but Kennard is glad that the device is adequate for his treatment.

Green adds, "Pro Player Health Alliance is not just about sleep. It's about health. Good health doesn't start without good sleep. There's no way around it. If you aren't sleeping well, you aren't healthy. When you have sleep apnea, unfortunately, you're probably dying. There are moments when you aren't breathing. We have beat the streets, we've done commercials, we've done a public service announcement, we've called on the phones. We've got the National Football League Players Association behind us now, and we're not going to stop there."

And we haven't just brought together NFL legends to join the fight against sleep apnea; The PPHA members have partnered with leading organizations including RemZzzs CPAP mask liners, the Living Heart Foundation, American Sleep and Breathing Academy, and the NFLPA. With the Living Heart Foundation, Pro Player Health Alliance has been involved in several NFLPA-sponsored health evaluations in multiple cities that have led to players and their families getting treated with CPAPs and oral appliances.

Pro Player Health Alliance is instrumental in bringing doctors from the sleep industry and dental and medical fields together. In fact, we are carving the path for dentists nationwide to become more involved. In doing so, PPHA has created one of the largest and most tightly connected networks in the country that is made up of dental and medical professionals alike and rallied them together to fight sleep apnea. Our all-in-one approach to treatment options and awareness campaigns has brought a total offensive package against the sleeping disorder.

"We have testimonials, not only from professional football players who are strong, strapping guys who pride themselves in being healthy, but from young ladies and kids-sleep affects us all," Green says. "Pro Player Health Alliance wants to fight this thing, you know. We're fighters by nature; we're competitive, and once we get our hands wrapped around something, we want to win. That's what we want to do: We want to beat sleep apnea." 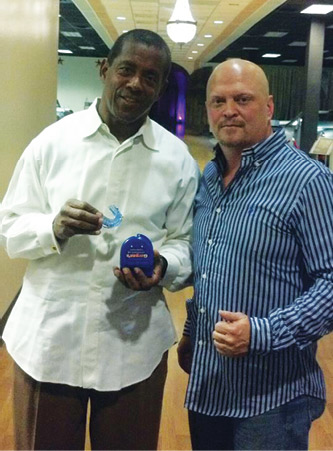 As we travel around the country promoting sleep wellness, we are surprised by how few people know about sleep apnea, the negative effects it can have, and how easy it can be to treat. We have seen some of their former heroes limping around, not feeling well. When questioned, these guys invariably say something about their poor quality of sleep. With a proper diagnosis and treatment, these guys who thought they were on the back nine, without much to look forward to, are active again and enthusiastic about life.

Along with Roy Green, Derek Kennard, Eric Dickerson, Mike Haynes, and Larry Fitzgerald Jr., other NFL greats such as Warren Moon, Marcus Allen, Dave Krieg, Nesby Glasgow, O.J. Anderson, Bart Oats, Carl Eller, Preston Pearson, J.T. Smith, Lincoln Kennedy, Ed "Too Tall" Jones, Isiah Robertson, Chuck Foreman, Nick Lowery, and Mark Walczak have all teamed up with PPHA in an effort to save lives. Together, we have visited schools, held meet-the-players events for fans, and even hosted golf tournaments in order to spread a simple message: Get diagnosed for sleep apnea, get treated, and get a good night's sleep. As Derek Kennard explains, "You can't put a price on a good night's sleep."

Eric Dickerson, another Heisman Trophy winner and NFL Hall of Famer, also suffered from terrible morning headaches and needed extensive dentistry due to sleep apnea. However, Dickerson is sleeping better than ever after receiving treatment for his OSA by Dr. Harry Sugg in Dallas, Texas. Dr. Sugg placed Dickerson in a Gergen's Orthodontic Lab Herbst Appliance for nighttime use and a Gelb Splint for daytime use to prevent overclosing during daytime hours.

Now we are growing our team and asking dental professionals across the country to join them. With means to provide ongoing support, networking with the nation's leading providers in dental sleep medicine, and partnership with an NFLPA-endorsed organization, PPHA is propelling the dental industry forward as a successful line of defense in the treatment of sleep apnea. We're looking for dentists who are serious and looking to treat former NFL greats for their dental and sleep apnea needs. The more dentists we have involved, the more people we can help get treated.

We recommend that anyone who suspects they may have sleep apnea learn more by researching online and talking with a doctor. If you are experiencing symptoms, submit to a sleep study. Then, if you have sleep apnea, get treatment. The bottom line is that sleep apnea is a problem we can tackle!

For dentists who are interested in joining Pro Player Health Alliance and treating NFL greats, visit http://www.proplayersleep.com or call me directly at (602) 478-9713. For ongoing training, news, and networking in dental sleep medicine, I encourage you to visit http://asbadental.com.

As president of Pro Player Health Alliance, David Gergen has been a nationally respected dental lab technician for more than 25 years. He received the award for "The Finest Orthodontic Technician in the Country" given by Columbus Dental in 1986. He has also been appointed executive director of the American Sleep and Breathing Academy Dental Division, a national interdisciplinary academy dedicated to sleep training and education.