A team approach between the dentist and the radiation oncologist provides care for the patient from A to Z. 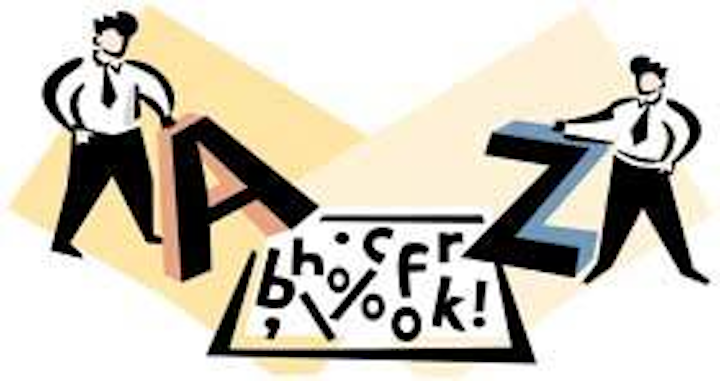 A team approach between the dentist and the radiation oncologist provides care for the patient from A to Z.

There is a well-defined role for radiation therapy (RT) to cure and locally control squamous cell carcinoma, lymphomas, and other malignant tumors involving the head and neck area. The patient’s quality of life during and after radiation therapy is also important. Therefore, a team approach between the radiation oncologist and the dentist is essential to rendering holistic care.

Radiation therapy is a local treatment, like surgery. Unlike chemotherapy, a systemic therapy which treats the entire body, radiation therapy affects only the area in the treatment portal, or field. Oral and dental complications from radiation therapy are both acute (those that occur during or within the first few weeks after radiation therapy and resolve after RT completion) and chronic (those that ensue months or years later and tend to be permanent). Acute side effects include mucositis, thrush, skin reaction, hypogeusia, and xerostomia (which is usually permanent and, therefore, chronic as well). Other potential chronic side effects include dental caries, trismus, speech problems, decreased range of motion of the neck and TMJ, and osteonecrosis of the mandible.

This common complication affects the oral and oropharyngeal mucosa and is secondary to depletion of the rapidly dividing basal cell layer of epithelium. Thus, as the mature mucosal cells naturally slough, there are not enough new cells to replace them. The rapidly dividing mucosal cells become depleted by radiation therapy, often by the third week. Mucositis can occur even earlier in patients who receive concomitant or prior chemotherapy.

The inflamed mucosa appears erythematous, friable, and edematous, which can lead to confluent ulceration and infection. Whitish pseudomembranes may develop and need to be differentiated from thrush, which has a distinct, cottage cheese-like appearance.

Patients who wear dentures might find them too irritating to the gingiva and buccal and lingual mucosa. Because gingival trauma can lead to bone exposure and osteonecrosis, it needs to be avoided. Also, remodeling of the mandible and maxilla takes place, which might render dentures ill-fitting. Patients should, therefore, wait six to 12 months after radiation therapy for remodeling to stabilize before undergoing new impressions.

Treatment of mucositis is with salt and baking soda rinses and gargles, a soft, nonspicy diet avoiding extreme temperatures, Xylocaine viscous/Maalox/Benadryl Elixir, Carafate, aloe-based oral gel, and analgesics. Commercial mouthwashes should be avoided because their alcohol content renders them too caustic. An interruption in treatment might become necessary.

To reduce the severity of mucositis in patients with fixed metal dental restorations, a tissue equivalent customized mouth guard can be constructed. This appliance minimizes radiation backscatter from the metal restorations to the mucosa.

The irradiated skin can become erythematous and dry. The mechanism is the same as that of mucositis. When the skin desquamates without ulceration, it is termed dry desquamation. Treatment is with aloe-based emollients. Occasionally, the skin cracks and ulcerates, which is known as moist desquamation. Management is with topical antibiotics such as Silvadene.

Also, when the lips are in the treatment field, they are vulnerable. Aquaphor is useful to prevent and/or minimize desquamation. For actual or impending moist desquamation, a preemptive treatment break is often necessary until the skin reaction resolves.

Patients commonly experience a diminished sense of taste because the taste buds atrophy during RT. The problem resolves spontaneously several months following the completion of RT. Zinc might be helpful in stimulating the recovery of the taste buds.

The major salivary glands are often included in the head and neck radiation therapy portals. The dose of radiation needed to treat the disease usually exceeds the tolerance of the salivary glands. Therefore, salivary dysfunction ensues, which leads to a permanent, dry, cotton mouth several weeks after radiation therapy begins. Xerostomia can affect speech, although this can be averted if the patient carries a water bottle.

The changes in the concentration and pH of the saliva lead to an alteration of the microbial flora of the oral cavity. Furthermore, the cleansing, anticariogenic protection of the saliva is lost. Teeth are then particularly susceptible to heavy plaque accumulation and dental caries.

Prevention and reduction of dry mouth

Radiation oncologists exclude as much of the salivary glands from the radiation portals as possible. This can be accomplished by treating from only the affected side, when feasible, to spare the contralateral parotid gland. When this technique is not appropriate to control the disease, for example, for a nasopharynx tumor with a high risk of bilateral neck node metastases, Intensity Modulated Radiation Therapy (IMRT) can be utilized. This tool is a refinement of 3-D conformal radiation therapy that allows the radiation oncologist to “sculpt” the radiation beams around the tumor and draining lymph nodes of the neck, thus sparing the parotid glands.

When IMRT is not suitable for the patient, the radiation oncologist can prescribe medication, such as Salagen, to stimulate the flow of saliva from fully to at least partially functioning salivary glands. Amifostine helps to protect the salivary glands from radiation injury. Sugarless gum or lozenges also may stimulate saliva secretion in patients with residual salivary function. There are data, too, that support the use of acupuncture.

Artificial saliva substitutes can also be beneficial. In addition, the patient should be counseled that moistening his or her food with gravy, carrying a water bottle, keeping a glass of water at his or her bedside, and using a humidifier during sleep all help to replenish moisture.

Prevention and reduction of dental caries

It is easier to prevent decay than to treat it. Therefore, radiation oncologists need to refer patients to the dentist for evaluation prior to RT. Via a thorough clinical and X-ray exam, the dentist can identify existing or potential oral and dental problems, such as caries, gingival recession, periodontal disease, and impacted teeth. Next, the dentist can decide what procedures need to be performed.

The dentist needs to assess the motivation level of the patient. This might make the difference between an aggressive approach to extractions for an indifferent patient vs. a conservative approach for a motivated patient. It is prudent to extract teeth with a questionable prognosis, such as those associated with periodontal disease, advanced caries, and periradicular lesions. Third molars may become difficult to maintain after RT if a decreased range of jaw motion ensues.

Ideally, any nonsalvageable teeth should be extracted at least 10 days prior to radiation therapy, as radiation causes an obliterative endarteritis and secondary decreases in oxygen tension of the oral soft and bony tissues. Endarteritis leads to the loss of osteocytes, which results in limited remodeling of bone and limited healing potential after oral surgery.

It is also the time for the patient to establish a new oral and dental hygiene regimen, including flossing, brushing with a soft toothbrush and fluoride toothpaste after every meal, and carrying a travel toothbrush for use on the road. The dentist should construct carrier trays for neutral sodium fluoride gel or, as a second choice, prescribe high-potency fluoride brush-on gels and dentifrices.

The dentist should also counsel the patient that all these measures, as well as frequent dental follow-up visits, must be continued throughout his or her lifetime, not just during RT. A high-protein, low-carbohydrate, low-acid diet should be encouraged, as well as chewing sugar-free gum for its mechanical, cleansing action.

ORN is the irreversible, progressive devitalization of irradiated bone, characterized by necrotic soft tissue and bone that fails to heal spontaneously. The incidence of ORN in dentate patients is twice that of edentulous patients.

ORN is dose-dependent, with the highest incidence occurring at doses of 6,000 centigrays (rads) or greater. Also, tumors in proximity to bone - i.e., those of the floor of the mouth and retromolar trigone - subject that portion of the mandible to high doses of external beam RT and/or brachytherapy (internal, implanted radiation therapy). The likelihood of ORN is also dependent on the volume of irradiated jaw, the pre-RT dental status, and any post-RT trauma and infection.

Usually, ORN occurs in the first year after radiation therapy, although the first two to three months after RT are the most vulnerable period. Extractions after RT should be performed only when absolutely necessary, and with as little trauma as possible.

The role of prophylactic antibiotics and hyperbaric oxygenation is controversial.

The management of necrotic bone can be conservative, by removing loose spicules and rounding off the sharp edges of bone. The area should then be kept clean.

Other goals of the dentist and radiation oncologist

Fibrosis of the muscles of mastication lead to trismus. Trismus is more pronounced when head and neck tumors are treated with both surgery and RT.

Jaw exercises limit the severity of trismus but do not mobilize fibrosis once it occurs. Therefore, it is desirable to prevent, or at least minimize, the potential extent of diminished oral aperture by prescribing range of motion jaw exercises. Neck ROM (range of motion) exercises are useful to similarly minimize neck muscle fibrosis.

To keep trismus at bay, tongue depressors may be taped together, allowing the patient to measure and add blades as the oral aperture progressively increases. Warm heat may be applied before and after exercises.

Trismus may decrease the range of motion three to six months after radiation therapy; muscles and ligaments become fibrotic, which leads to a decreased mandibular opening that is less than or equal to 10 to 15 mm. To decrease the risk and severity of trismus, the patient needs to continue all of these ROM exercises after RT has been completed.

The radiation oncologist and dentist need to watch the patient for recurrent or new primary tumors. However, the good news is that these ounce-of-prevention measures are worth a pound of cure. Radiation therapy is highly effective at controlling tumors. By partnering in patient care, the radiation oncologist and dentist can have the mutual satisfaction of following many irradiated patients who will live cancer-free and with a good quality of life.