The benefits of bulk fill, adaptation, and radiopacity 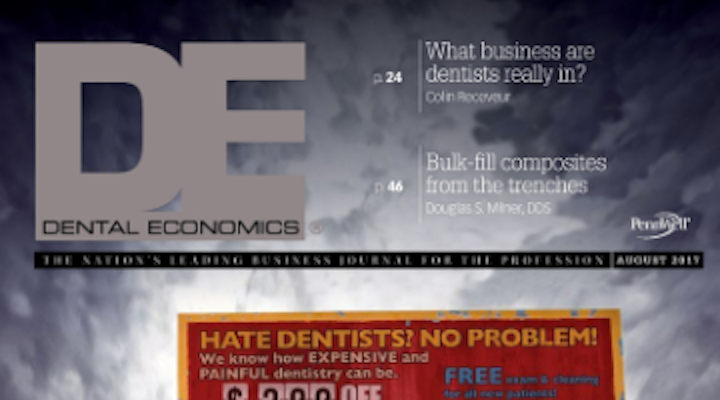 It has been said that “the highest type of efficiency is that which can utilize existing material to the best advantage.” (1) In dentistry, this is especially true when undertaking direct composite resin restorations. Today’s practitioner must effectively complete all of the required operative steps to mitigate the chance for premature composite resin failure (i.e., diagnosis, isolation, preparation, bonding, curing, finishing, and polishing).

In addition, these steps must also be completed with relative quickness to contend with issues such as practice overhead and insurance reimbursement. Efficiency in dental practice should therefore be considered not only as the ability of the operator to work quickly, but also competently. Ronald D. Jackson, DDS, recently commented, “Given today’s overhead per hour, dentists need material and technology advancements so that posterior composites can be placed faster, easier, and profitably without taking compromising shortcuts.” (2)

Historically, dentists spend a considerable amount of time during the composite resin procedure placing material in small increments, followed by light curing. With the introduction of bulk-fill composite materials, it is now possible to reduce procedural steps because greater increments of material can be used. One example of a bulk-fill material is SureFil SDR flow+ Bulk Fill Flowable (Dentsply Sirona), which features low polymerization stress and allows practitioners to place up to 4 mm of material per increment without negative sequelae (e.g., sensitivity, debonding, cuspal deflection; figure 1).

Bulk-fill composite resin materials come as flowables (e.g., SureFil SDR flow+) and more viscous pastes (e.g., SonicFill 2 [Kerr], Filtek Bulk Fill Posterior Restorative [3M ESPE]). Clinicians who seek lower viscosity materials are often focused on the material’s ability to adapt to preparations; however, not all flowable composite resins are truly “flowable.” Sometimes the ability to express the material out of a cannula qualifies these resins as flowable, but they may not flow into irregular cavity forms without additional agitation. My preference is for a low viscosity that allows the material to flow into small areas without agitation and that is self-leveling, so even when I use this bulk fill in maxillary teeth or place it against the force of gravity, the material will adapt to the cavity dimensions, self-level, and not slump or run.

Ease of placement can help practitioners be more efficient during direct resin placement, but a feature which should not be overlooked is radiopacity. Some early flowable composite resin products had radiopacities less than enamel on follow-up radiographic exams, and when placed as liners in deep cavity preparations, appeared as a void or recurrent decay on radiographs. Newer generations of flowables have a radiopacity greater than enamel and dentin, which allows the clinician to visualize the restoration and differentiate it from surrounding structures.

A 20-year-old female patient presented for a core buildup on tooth No. 4 following unremarkable root canal therapy. The tooth was isolated with a Palodent Plus Sectional Matrix System, and Prime&Bond Elect Universal Adhesive (Dentsply Sirona) was applied per manufacturer’s directions (figure 2). An initial 1 mm layer of SureFil SDR flow+ universal shade was placed over the gutta percha and light cured.

Although the bulk-fill flowable can be placed in larger increments, a small increment was placed first to ensure sufficient curing of the material at the floor of the chamber (figures 3 and 4). The next layer of SureFil SDR flow+ was placed in a 4-mm bulk increment again, followed by 20 seconds of light curing. A final layer of universal composite was placed, occlusion was checked, and after a final polish and postoperative radiograph, the patient was released (figures 5 and 6).

A 47-year-old female patient was scheduled for a composite restoration on the mesiolingual of tooth No. 8 (figure 7). After caries removal and rubber dam placement, 37% phosphoric acid was applied to the entire preparation for 15 seconds, and then rinsed off (figure 8). A Mylar strip was positioned and stabilized with a V-Wedge (Triodent), and a universal adhesive was applied (figure 9). SureFil SDR flow+ in shade A2 was placed in a single increment, allowed to self-level and self-adapt for approximately 5 seconds, and then light cured for 20 seconds. The rubber dam was removed, and after checking occlusion and polishing the restoration, the patient was released (figure 10).