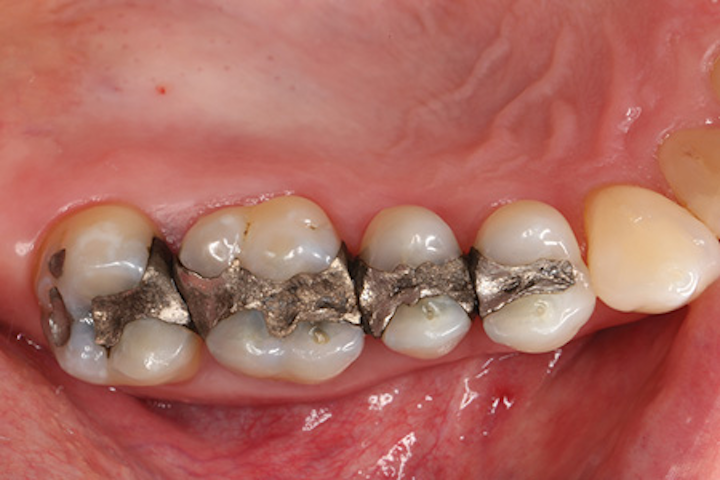 It's not uncommon for patients who are middle-aged or older to present with multiple failing amalgam restorations in a single quadrant. Many of these restorations can be replaced conservatively with direct composite. Unfortunately, however, many of the placement and accompanying adhesive protocols required for predictability can be time-consuming and technique sensitive. That's why it's important to understand the historical development of adhesive dentistry when considering today's etching and adhesive protocol options to determine which will serve you—and your patients—best.

More than 50 years ago, Michael G. Buonocore, DMD, proposed bonding to enamel and dentin by treating those surfaces with phosphoric acid before applying bonding agents, which was shown to increase adhesion.1 Although he considered resin tag formation in the microporosities of etched enamel to be principally responsible for adhesion to enamel, bonding to dentin was less predictable due to dentin's composition, water content, and smear layer.2 Not surprisingly, the first dental adhesives were resins that bonded only to enamel; there was little to no dentin bonding.3 Ongoing changes in material composition, adhesive mechanisms, application methods, and overall adhesive techniques fueled the evolution of adhesive dentistry and the introduction of increasingly esthetic direct and indirect restorative materials.4 These changes also led to different adhesive etching products and protocols.

In the total-etch (etch-and-rinse) technique, both enamel and dentin are etched with phosphoric acid to remove the smear layer and condition the preparation prior to bonding (the enamel is etched longer than the dentin). The etchant and smear layer are then rinsed off with water and gently air-dried. Because dentin should remain moist and glossy in appearance, care must be taken not to overdry the dentin. This prevents collagen fibrils from collapsing, which would create a less permeable surface for hydrophilic monomers in the adhesive, as well as a weak interface that could lead to a poor bond and postoperative sensitivity. Although total-etch adhesives and their associated multistep techniques are well established and clinically proven, they are often considered to be technique sensitive.

With selective etching, only the enamel edges of the preparation are etched with phosphoric acid and rinsed with water. The dentin is conditioned afterward with either an acidic primer or an all-in-one self-etching adhesive. The primer application modifies the smear layer without removing it. Using the selective-etch technique could be problematic if the dentin is inadvertently etched and then etched again with a sixth- or seventh-generation self-etching adhesive, because overetching the dentin could result in reduced bond strength and postoperative sensitivity.

Intended for adhesive bonding without separate etching, the self-etch technique relies on adhesive materials containing acidic monomers that etch and prime both enamel and dentin. With a milder pH level than total-etch products, self-etch adhesives pose less risk for excessive dentin demineralization. Because the technique-sensitive step of precisely drying the dentin is eliminated, collagen-fiber collapse is prevented. Combined, these attributes reduce the likelihood of postoperative issues.

Manufacturers have helped to streamline adhesive protocols by introducing universal adhesives that promote high bond strength to enamel and dentin and that can be used on both dry and moist dentin. Because they are designed to work with or without phosphoric acid, universal adhesives (e.g., Adhese Universal from Ivoclar Vivadent) are suitable for all etching techniques without the risk of overetching the dentin.

RELATED | One adhesive solution for all: The wet bonding dilemma is solved

When replacing multiple failing amalgam restorations in a single quadrant using direct composite, I prefer the selective-etch technique because it delivers the best of both worlds: It provides strong micromechanical retention at the enamel margin with less probability of postoperative sensitivity since the dentinal tubules are not completely opened. My preferred adhesive for this is Adhese Universal, which is available in traditional bottle delivery and VivaPen delivery.

For me, the ergonomic, penlike VivaPen design and angled-brush cannula enhance comfort, control, and speed during direct intraoral application while reducing material waste. Containing 2 mL of adhesive, the VivaPen can accommodate approximately 190 single-tooth applications-almost three times the applications per milliliter compared to conventional bottle delivery. As a result, the Adhese Universal VivaPen cost per application is lower than all other leading universal adhesives. With virtually no waste, the VivaPen dramatically decreases cost per application, contributing to more cost-effective treatments.

Using a bulk-fill composite also contributes to more cost-effective and time-efficient direct posterior restorations (e.g., Tetric EvoCeram Bulk Fill and Tetric EvoFlow Bulk Fill from Ivoclar Vivadent). Because bulk-fill composites can be placed in a single increment of up to 4 mm and can be fully cured, they help eliminate time-consuming techniques and ensure long-term clinical success by preventing secondary caries, postoperative sensitivity, and microleakage.

The case outlined in Figures 1-5 illustrates how selective etching, universal adhesive, and bulk-fill composite can be combined for efficient and predictable posterior quadrant restorations: 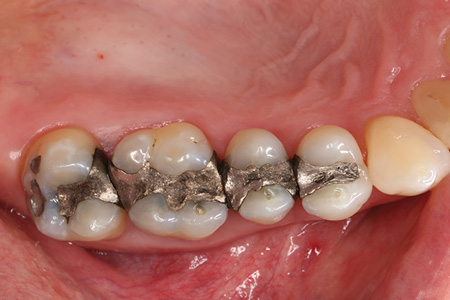 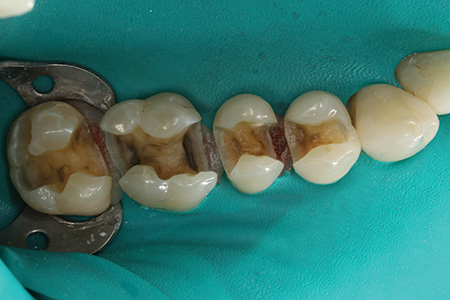 Figure 2: Hygienic nonlatex rubber-dam isolation was established; the existing amalgam restorations and decay were removed; and the preparations were refined, cleaned, and disinfected. 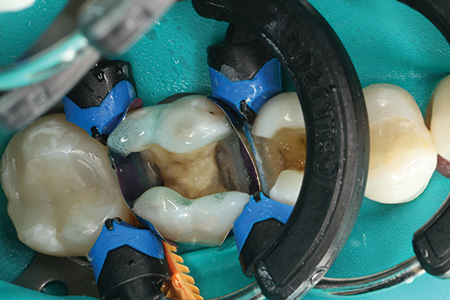 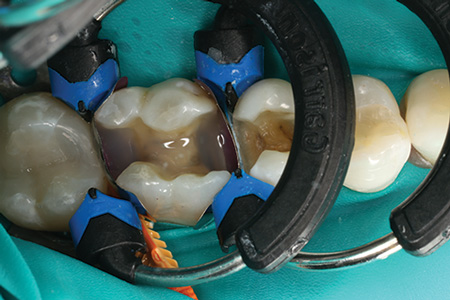 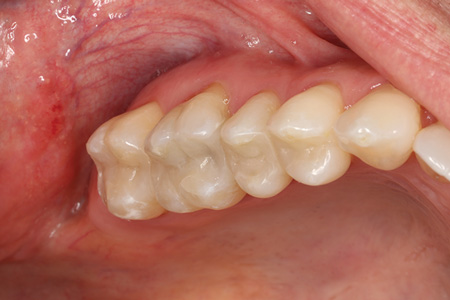 Figure 5: The restorations for Nos. 2 through 5 were completed with Tetric EvoCeram Bulk Fill in shade IVA.

Michael R. Sesemann, DDS, FAACD, received his dental degree from the University of Nebraska Medical Center College of Dentistry in 1981. After becoming an accredited member of the American Academy of Cosmetic Dentistry (AACD) in 1999, he became the 35th fellow of the Academy in 2004 and was the 23rd president to serve the organization from 2009-2010. He enjoys being an adjunct faculty and advisory board member for the Kois Center and the restorative editor for the Compendium of Continuing Education in Dentistry.