When I first started doing composites as a restorative material of choice back in the early 1980s, the treatment of choice was to bond to glass ionomer cements. 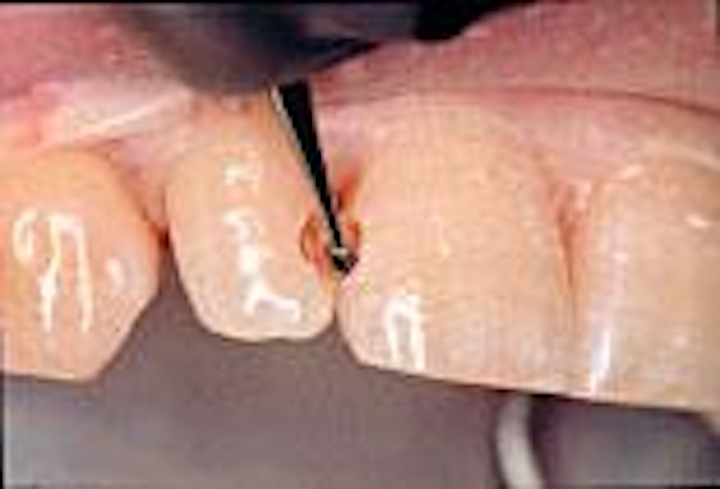 When I first started doing composites as a restorative material of choice back in the early 1980s, the treatment of choice was to bond to glass ionomer cements. The bonding agents that we used then did not bond to dentin.

So, all through the 1980s and the early 1990s we bonded to dentin with glass ionomer. The technique was time consuming. We were required to hand mix a powder and liquid, apply the resulting mix to the dentin, and wait for it to set. It was necessary (or so we thought) to clean any excess off of the margins before placing a composite.

From an economic standpoint, the glass ionomer technique was slow, taking much longer than an amalgam. If it took longer, the fee for a composite restoration probably should be higher. But most dentists were charging the same because they didn't think patients would pay for composites. As we became more comfortable with the techniques, we got better at doing the composites. With that confidence came an enthusiasm for the treatment. It became easier to talk to the patients about using composite for a filling material because everyone in the office was excited about the results that we were achieving.

Looking back on those years, another crazy thing was happening. Few patients complained about postoperative sensitivity. We now know that this was due to a number of characteristics of glass ionomers. We actually noticed more patients complaining about amalgam sensitivity than with the composites. Now we had another good benefit for the patients besides the resemblance to teeth. The material made good economic sense for the office because we had fewer people coming back for emergency treatment and the subsequent interruption of the planned schedule.

Glass ionomers have several advantages over other materials:

•Fluoride release
•Adhesion to mineralized dental tissues
•A co-efficient of expansion similar to that of tooth structure. If the glass ionomer could be used as an intermediary bonding layer, this could minimize some of the clinical problems related to micro leakage and secondary caries.

Then along came the dentin bonding agents and with them came sensitivity. It wasn't too bad in the beginning because we were not removing the smear layer. But when the single-bottle adhesives came onto the market, sensitivity really reared its ugly head. Everyone had a theory about why we had more sensitivity. Some blamed it on the etchant and suggested using a 15 percent etch rather than 35 percent. Others blamed it on the type of etchant. Some blamed the technique.

Take your pick. The problem was that it was causing a lot of problems in every part of the dental office. The front-desk people were tired of fielding the calls from unhappy patients. The clinical staff was tired of working emergencies into the schedule because many of them were for sensitive teeth after composites were placed.

Instead of going back to the glass ionomer technique, we kept looking for a solution. Part of the problem was that the new bonding agents made the procedure much faster and easier. Composites finally were becoming profitable. Today, we have many new and exciting bonding agents. But we also have a lot of questions being raised.

Maybe it is time to go back to the tried-and-true glass ionomer technique. Recently, a major manufacturer brought out the first paste-to-paste glass ionomer material. It is very simple to dispense, mix, and apply to the tooth. It is not necessary to use an acid etch, and the glass ionomer is light-curable.

That means we now have a glass ionomer technique that is faster, better, and easier. All of this is with a material that is proven to bond to dentin, release fluoride, and prevent sensitivity. Go order a Paste Pak from GC America and join the glass ionomer crowd.