Treatment of the edentulous mandible is among the most difficult procedures dentists accomplish on a routine basis. Dr. Gordon Christensen goes over alternatives for restoration. 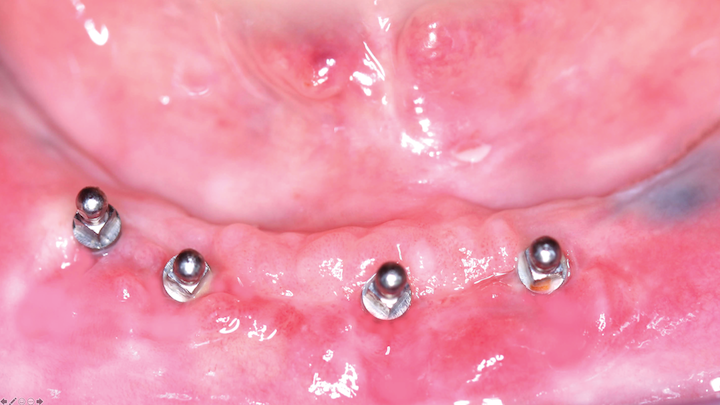 Q: I practice in a moderate-sized town where patients work hard but don’t have much money. I still see many edentulous patients every month, and they are usually a genuine frustration to me. Most of them have been edentulous for many years, and they have minimal bone left. Often, the ridges are knife-edged with multiple sore spots present. As expected, most of these patients have limited financial resources. I am seeing numerous advertisements for various forms of expensive solutions to the edentulous challenge. Are they better than lower-cost alternatives? What do you consider to be the best treatment alternative for the patients I have described?

A: Every dentist has the same frustrations. Although some edentulous patients are satisfied with their dentures, most find their mandibular dentures to be inadequate. In my brief response, I will emphasize restoration of the edentulous mandible.

This treatment was initiated with the Brånemark prosthesis design. The original version of this treatment usually had six implants in each arch placed anterior to the maxillary sinus and anterior to the mental foramen. Most of the current versions use four or more implants placed both anterior to the sinus and mental foramen as well as in the posterior of the mouth. The constant ads in magazines, newspapers, the internet, and on TV and radio have made this expensive alternative well-known to potential patients.

• Does not require removal daily

• Can feel similar to natural teeth

• Does not move during eating

• Cost is much higher than removable prosthesis placed over implants.

• Oral hygiene is difficult, and many patients leave food under these prostheses, causing gingival irritation and foul breath.

• Should be taken off annually to allow cleaning, recontouring, and examination of the implants, resulting in a significant cost.

• Difficult and costly to repair if prosthesis breaks.

• Failure of an implant causes significant repair or replacement if only four implants support the prosthesis.

• Facial contour is often undesirable because the apical portion of prosthesis must be convex to allow proper cleaning, and face collapses due to inadequate denture contour.

• Esthetics can be superior to fixed prostheses because the denture can be made to full anatomical contour, filling out facial contour yet still allowing adequate oral hygiene on removal.

• Denture is supported well in both anterior and posterior areas.

• Oral hygiene is much easier than fixed, because the patient can remove the prosthesis for oral hygiene.

• Cost is significantly less than for fixed prostheses.

• Implants can be easily maintained because they are easily observed.

• Must remove prosthesis for oral hygiene.

• This is one of the simplest, least expensive, most positive procedures for the edentulous mandible.

• Denture is retained well and supported in the anterior area for optimum incising.

• Esthetics can be superior to a fixed prosthesis because the patient can remove the prosthesis for oral hygiene, allowing optimum denture contour.

• Oral hygiene is much easier than with fixed prostheses.

• Cost is significantly less than fixed.

• Implants can be easily maintained because they are easily observed.

• Chewing ability is better than non-implant-supported dentures, if fabricated properly.

• Chewing ability is not as stable as with four or more implants.

• If one implant fails, chewing and retention are compromised until another implant is placed. 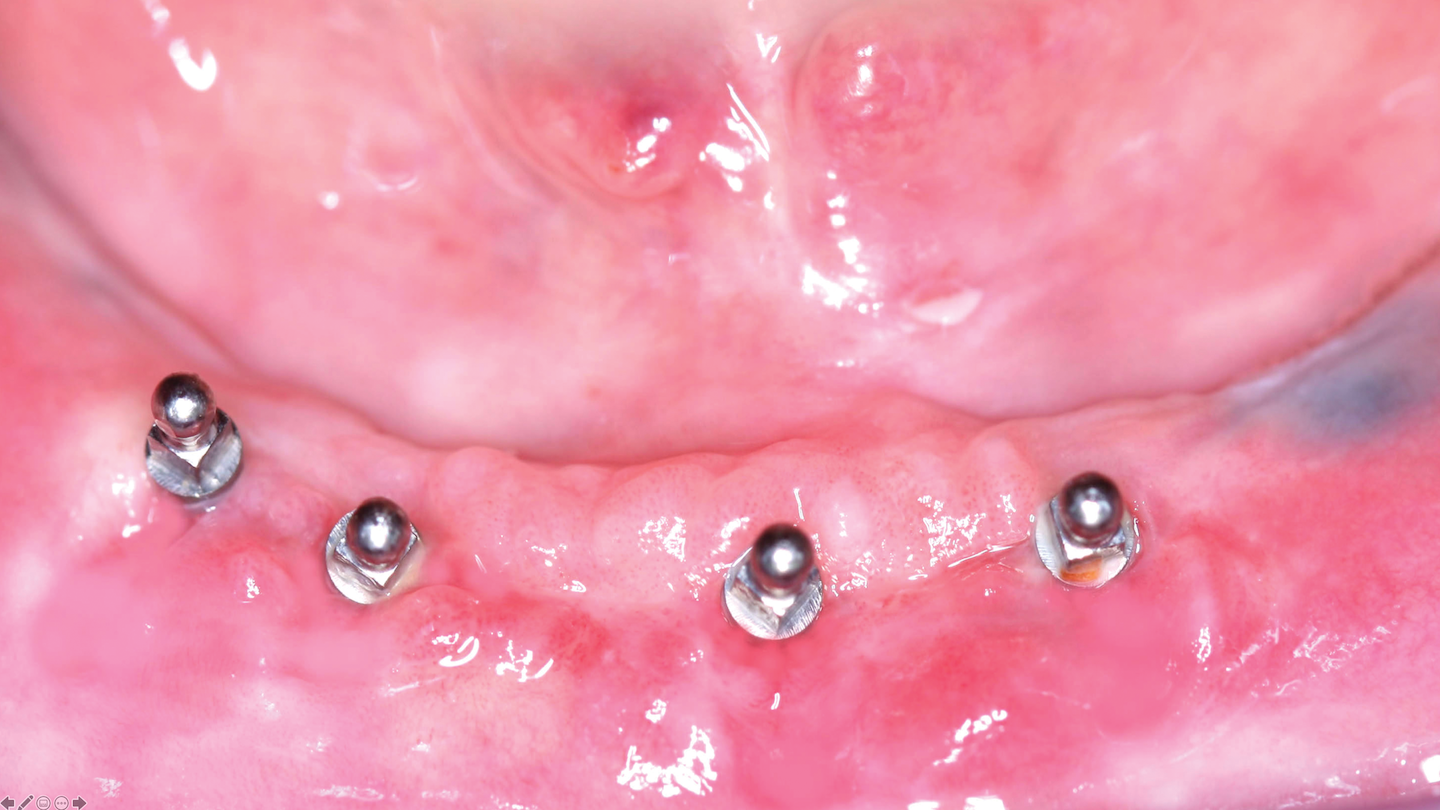 Figure 1: Small-diameter implants placed in an 80-year-old patient, loaded immediately on placement, and now serving successfully for many years 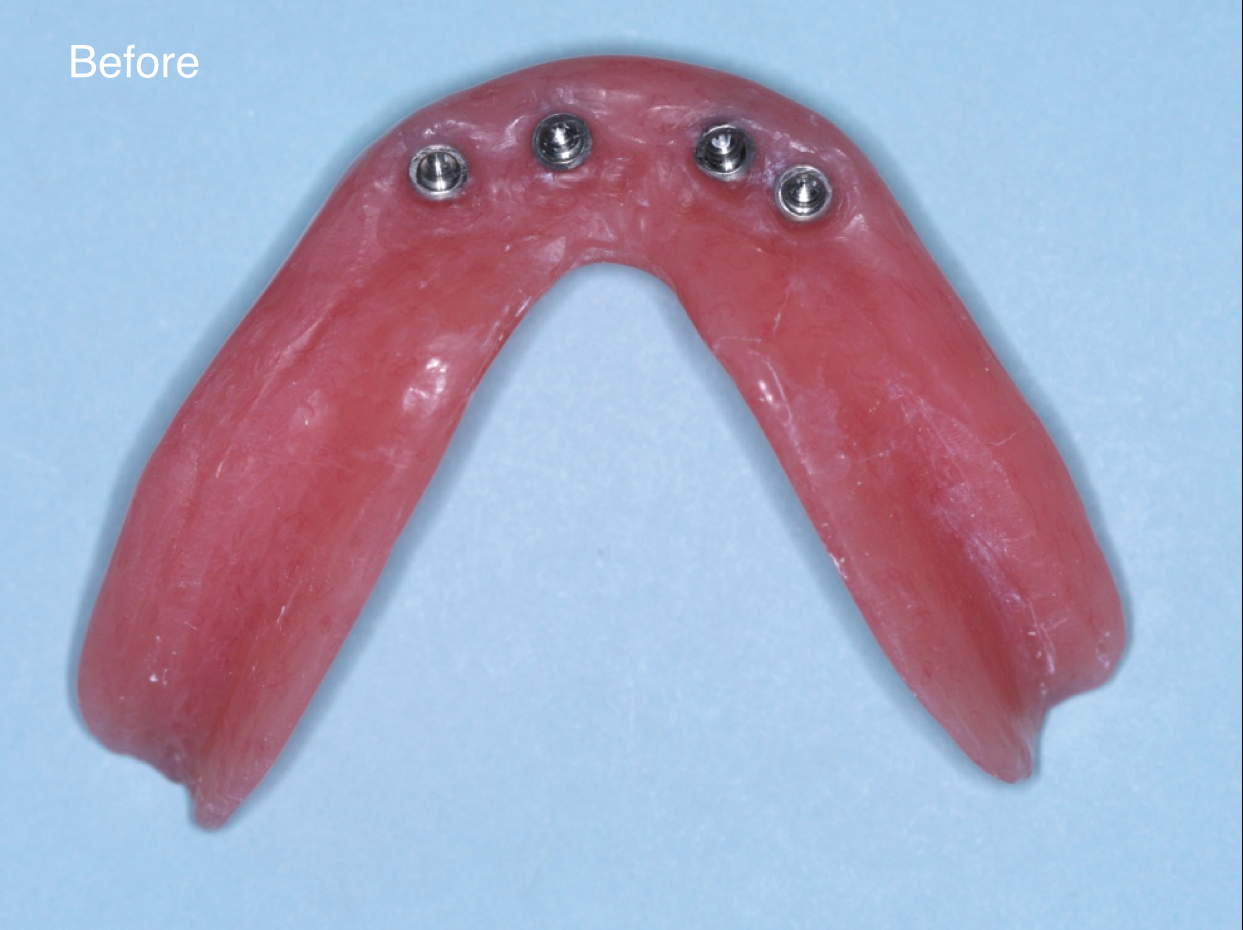 Figure 2: The mandibular denture before and after placing the retentive flexible “O” rings 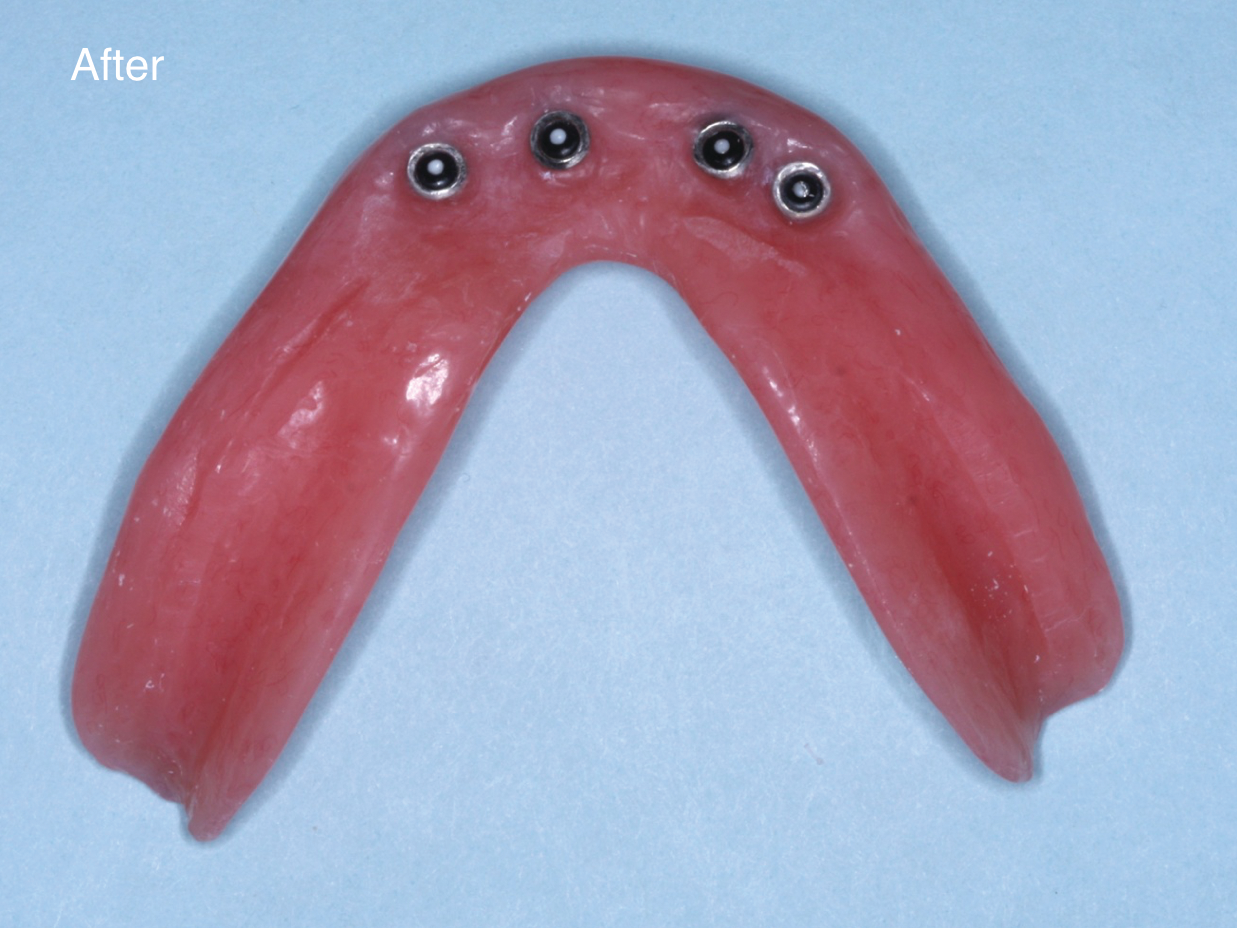 • This is the simplest, least expensive, most positive procedure of all of the edentulous procedures.

• Denture is retained well and supported in the anterior area for optimum incising.

• Esthetics can be superior to fixed prostheses because the patient can remove the prosthesis for oral hygiene, allowing optimum denture contour.

• Oral hygiene is much easier than fixed.

• Cost is significantly less than fixed.

• Implants can be maintained easier because they are easily observed.

• Chewing ability is better than non-implant-supported dentures, if fabricated properly.

• If one implant fails, chewing is not usually compromised, because three or more small-diameter implants are still remaining.

• Chewing ability is not as stable as with four or more standard-diameter implants.

• Because the denture posterior is supported only by soft tissue, there is a slight rock of the denture to the distal when chewing, but not as much as with two standard-diameter implants.

Figure 3: A happy patient with his implant-supported denture 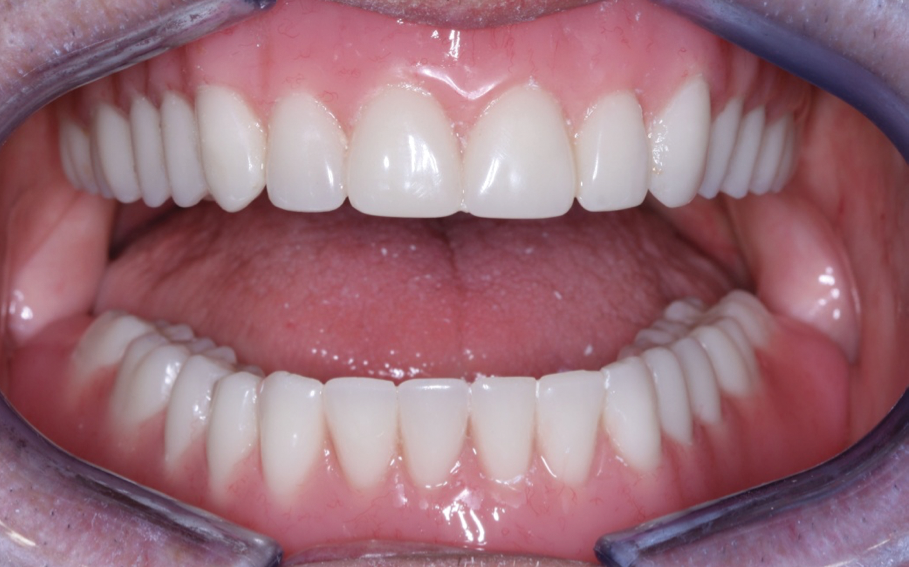 Treatment of the edentulous mandible is among the most difficult procedures dentists accomplish on a routine basis. However, the procedure can be made significantly easier for dentists and more satisfactory for patients if implants are used to support and retain the denture. The simplest and least expensive implant alternatives are the use of two conventional-diameter implants placed in the canine areas or four or more small-diameter implants evenly spaced between the mandibular canine areas. Patients routinely state how either of these relatively simple procedures have changed their lives for the better.

Author’s note: The following educational materials from Practical Clinical Courses will help you and your staff learn more about implants.

For more information about these educational products, call (800) 223-6569 or visit pccdental.com. 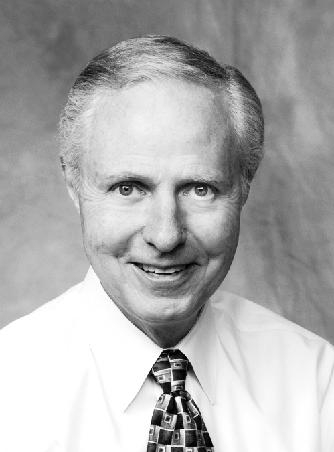 Gordon J. Christensen, DDS, PhD, MSD, is a practicing prosthodontist in Provo, Utah. He is the founder and CEO of Practical Clinical Courses, an international continuing education organization founded in 1981 for dental professionals. Dr. Christensen is cofounder (with his wife, Rella Christensen, PhD, RDH) and CEO of Clinicians Report.