Antibiotic prophylaxis for patients with breast implants prior to dental procedures

Dr. Scott Froum and Brittany Wall discuss the etiology of early- and late-stage breast implant infection as it relates to dental procedures and the rationale behind some plastic surgeons’ recommendation for antibiotic prophylaxis. 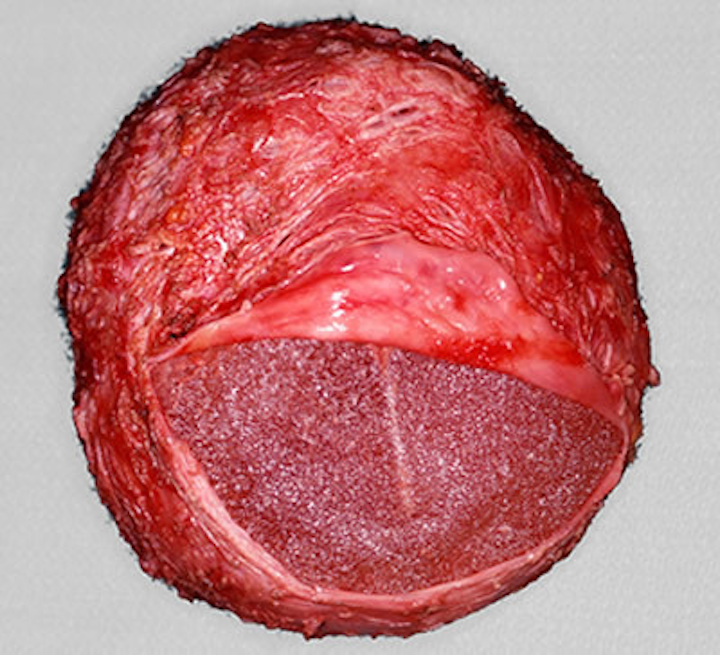 BREAST AUGMENTATION SURGERY was the most common cosmetic plastic surgery procedure in the United States with more than 378,000 patients getting some form of breast augmentation in 2017.1 Infection is the leading complication that occurs after breast implantation surgery. In a global survey, infections were observed in 2%–5% of all operations in patients who underwent breast augmentation, with an incidence of 0.5%–4% for acute postoperative infections, and 0.8% for late infections (one in 10,000 cases).2 The origin of infection in women with breast implants remains difficult to determine, but the potential sources of infection are contaminated implants, contaminated saline, the surgery or surgical environment, the patient’s skin or mammary ducts, or, as suggested by many reports, seeding of the implant from remote infection sites.3

Many case reports have suggested that infections from invasive dental procedures have been associated with late-phase breast implant infections, especially those affected by capsular contracture.4 A recent poll of 100 plastic surgery offices showed that approximately one-third of those questioned recommend some form of an antibiotic regimen prior to invasive dental procedures, citing bacteremia caused by dental work as a possible cause for breast implant infection.5

This article will briefly explain the etiology of early- and late-stage breast implant infection as it relates to dental procedures and provide the rationale behind some plastic surgeons’ recommendations for antibiotic prophylaxis.

The incidence of acute breast implant infections after surgery most often correlates with the complexity of the surgical procedure and the patient’s underlying condition. Acute postsurgical infection has been found in up to 4% of cases.6 Most acute infections occur during the first month after implantation.7 Acute infections around breast implants are usually associated with fever, rapidly evolving pain, and marked breast erythema.8 Onset of infection occurs between six days and six weeks after surgery (median is 10–12 days). In most cases, ultrasonography can be used to confirm the presence of fluid collection around the breast implant. In general, acute infections have been associated with contamination during surgery, complexity of reconstruction, patients with a history of radiation/chemotherapy, and patients with a previous history of augmentation procedures.9 This phase of breast implant infection has not been associated with dental procedures in the literature.

Late infection of breast implants is usually caused by a bacteremia as a result of an invasive procedure at a secondary site or a location other than the breast. The probability of late infection has been shown to be very low (less than 1%). However, individuals with breast implants should be aware that as with most prosthetics, the implant can be a site of bacterial aggregation when there is a bacteremia present caused by an infection in distant tissue. Because of this, any severe bacterial infection anywhere in the body should be diagnosed and treated as early as possible.

According to David A. Hidalgo, MD, a plastic surgeon in private practice, “It is with this rationale in mind that many plastic surgeons will recommend that invasive dental procedures, especially when performed under septic conditions, should be accompanied with antibiotic prophylaxis.”

When polling 100 plastic surgery offices that perform breast augmentation procedures and that recommend antibiotic prophylaxis prior to dental procedures, the main concern was the potential risk for capsular contracture of the breast implant due to infection.

Capsular contracture is the leading long-term complication that occurs after breast implantation (over 50%) and can lead to breast implant removal or reoperation. Capsular contracture is most often associated with infection, but it can also be caused by hematoma, implant bleeds, and hypertrophic scarring. When placing a prosthetic device in soft tissue, formation of an acellular collagenous sheath around the prosthetic device usually occurs as long as the prosthetic device is inert. This would be similar to fibrous encapsulation of a dental implant. However, contracture of this sheath due to infection can cause the tissue to scar and a soft, deformable breast implant will contract, leading to a hard, spherical mass. The fibrous envelope that surrounds the implant is referred to as a capsule (figure 1). 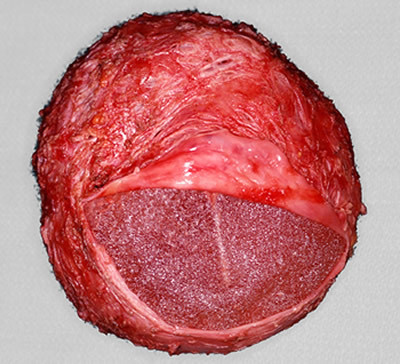 Despite the large number of risk factors that may lead to the development of a capsular contracture, several lines of evidence point to the involvement of subclinical infections and bacterial biofilm formation. Potential sources of bacterial infection include bacterial colonies within the mammary duct (90% of the cases), bacteremia originating from secondary causes such as dental operations, contaminated breast implants, poor surgical technique, poor sterile conditions, residual bacteria on the patient’s skin at the time of implant insertion, and hematomas.10

Although capsular contracture has decreased in nature due to a change in implant material (textured versus nontextured), submuscular versus subglandular placement, and more minimally invasive techniques, many plastic surgeons will attempt to further decrease the likelihood of developing this catastrophic condition by premedicating patients in need of invasive dental procedures.11 Because of the recent association with biofilms and breast implant infection, a 14-point plan has been advocated in the plastic surgery literature to lower the incidence of capsular contracture. This plan calls for patients with breast implants to premedicate prior to dental visits.12

As with any condition that is not fully understood, consultation with the plastic surgeon who performed the breast implantation would be suggested prior to any dental procedure.

Editor’s note: This article originally appeared in Perio-Implant Advisory, a newsletter for dentists and hygienists that focuses on periodontal- and implant-related issues. Perio-Implant Advisory is part of the Dental Economics and DentistryIQ network. To read more articles, visit perioimplantadvisory.com, or to subscribe, visit dentistryiq.com/subscribe. 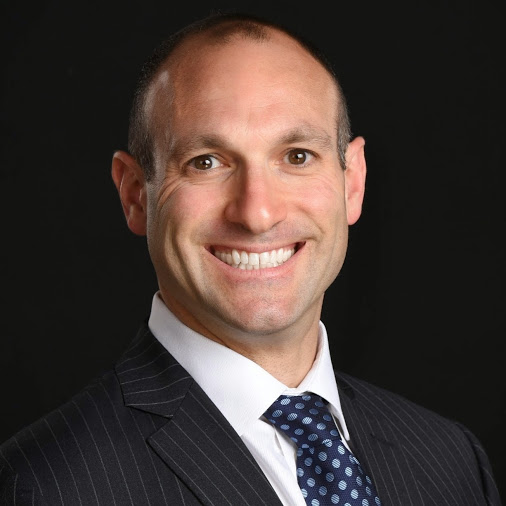 Scott Froum, DDS, a graduate of the State University of New York, Stony Brook School of Dental Medicine, is a periodontist in private practice at 1110 2nd Avenue, Suite 305, New York City, New York. He is the editorial director of Perio-Implant Advisory and serves on the editorial advisory board of Dental Economics. Dr. Froum, a diplomate of the American Board of Periodontology, is a clinical associate professor at SUNY Stony Brook School of Dental Medicine in the Department of Periodontology. He serves on the board of editorial consultants for the Academy of Osseointegration's Academy News. Contact him through his website at drscottfroum.com or (212) 751-8530. 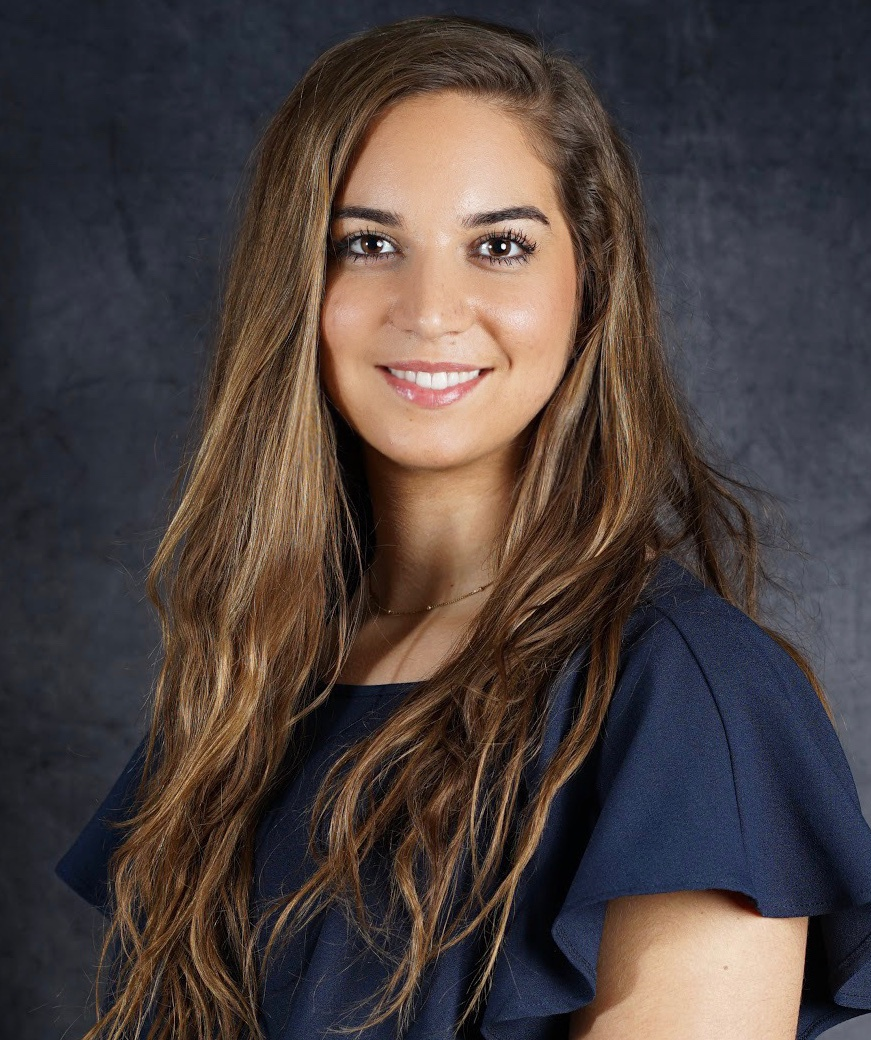 Brittany Wall graduated from the University of North Carolina at Chapel Hill in 2016 with dual bachelor’s degrees in biology and chemistry. She is currently a DDS candidate at New York University College of Dentistry with an expected graduation date of May 2020, and she aspires to attend a residency program in periodontics. She is also conducting research on the use of platelet-rich fibrin with Intra-Lock implants.