The desire to end a relationship immediately following notice of resignation could be for any number of reasons. 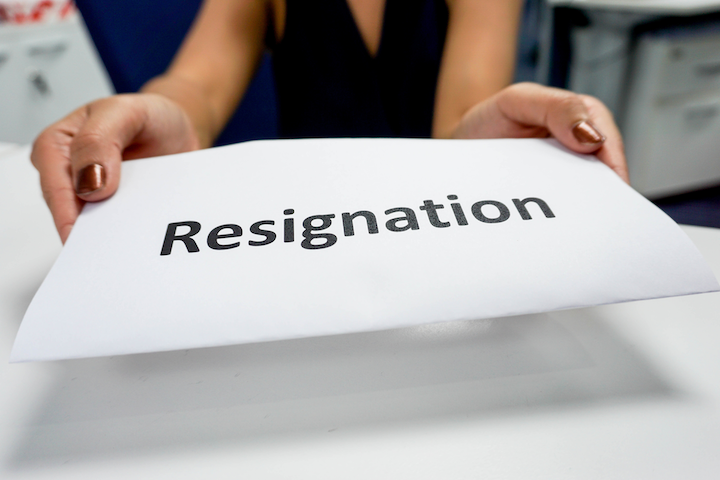 Does this scenario sound familiar? One of your employees just gave you her two-week notice. This actually made you quite happy because her performance had been poor for months, and you were thinking about firing her soon anyway. Since you already had someone lined up to take her place, you wondered if you would have to wait two more excruciating weeks before being free of her. What if you just let her go early? Would that be so bad?

The desire to end a relationship immediately following notice of resignation could be for any number of reasons. It does not have to be the result of an already frustrating relationship brought on by poor performance. There could be a concern about short-timer syndrome—the person’s immediate decrease in productivity during the two weeks. Maybe there’s the fear that the person will do damage or take confidential information from the practice. Maybe it’s just the fact that this person is no longer committed to the practice.

Regardless of the reasons for wanting to release an employee soon after he or she gives notice, should you do it? Is it legal? Can there be ramifications for taking this action? It’s certainly worth careful consideration before making a snap decision.

The at-will status of an employee is critical in terms of the potential for problems when someone is released before working through his or her notice. Is there a contract in place? Contracts may limit termination options and supersede at will. Is there language in the policy manual that may have inadvertently eroded at-will status? For example, is there a policy requiring a two-week notice and rewarding or punishing someone based on whether or not they follow said policy? This can imply that employment is promised for the length of the notice and, therefore, early release could be problematic.

Even if at-will status is not impeding you, problems could still arise. In most cases, this early release will turn the resignation into an involuntary termination. This is because the person is expecting to work for another two weeks (or more) and is released, unexpectedly, by the employer. In such cases it’s possible for the employee to file an unemployment insurance claim. In general, the notice must have been longer than two weeks for an individual to qualify, but that’s not guaranteed.

Early release can also trigger different obligations regarding paying the final check. Regulations are determined by state law. In California, for example, final checks for involuntary terminations must be paid immediately. Releasing an employee after resignation notice means the check is due immediately. Failure to do so could result in serious penalties.

Another consideration in releasing an employee early is that you might create the perception that your practices are discriminatory. For example, what if you only release pregnant employees, or only females, or only those with disabilities? Unfortunately, whether you intend for this to happen or not, you could be subject to a claim against you. Thus, if you’re considering releasing people early when notice is given, you should predetermine when you will take this action and be consistent.

To avoid any problems, the best possible scenario is for the employee to provide notice and be allowed to work until the very last day of his or her notice. The next best choice is to pay the employee but not require him or her to work. This will satisfy your need to be done quickly but avoid all other risks discussed here.

Finally, consider how your actions might be viewed by your remaining employees. What kind of message do you want to send them about how you treat employees at termination, particularly ones who have provided you the courtesy of a resignation notice? Regardless of any other potential consequence, this may have the most impact on you. If your employees don’t feel respected, why should they respect you?

REBECCA BOARTFIELD is HR compliance consultant and TIM TWIGG is president of Bent Ericksen & Associates. For more than 30 years, the company has been a leading authority in human resources and personnel issues, helping dentists successfully deal with ever-changing and complex labor laws. To receive a complimentary copy of the company’s quarterly newsletter or to learn more, call (800) 679-2760 or visit bentericksen.com.

What questions should you ask when interviewing for an associate position?

Should I hire an associate?

Dentists often give many of the same reasons when it comes to whether or not they think they should hire an associate. Many of these reasons do not warrant the expense of hiring another person. It’s important to weigh many factors before taking such a big step for your practice.
Dianne Glasscoe Watterson, MBA
Dec 1st, 2018