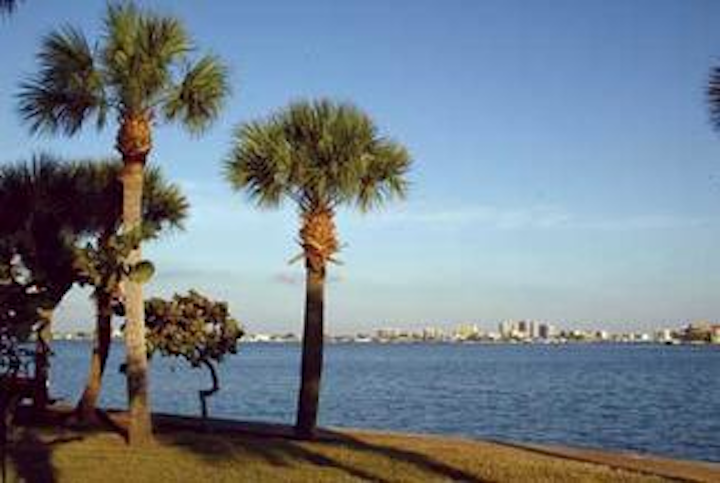 At 37, earning more than $1 million a year near South Bend, Ind., epitomized success, but Dr. ­Jeffery A. Spilman knew if he continued he’d self-destruct.

“In about 2002, I didn’t know how long I could keep practicing dentistry at that pace,” says Dr. Spilman, now 39. “Up north I was on a collision course for a breakdown or heart attack.”

His active patients numbered 3,500 - daunting even for a staff of 11, three of whom were hygienists. Devoting much of each hour to checking the hygienists plus performing dentistry left him increasingly weary.

One of the reasons Dr. Spilman entered dentistry was the free time it had provided his father, a dentist for 39 years.

“It gave him the freedom to be at my sporting events and with the rest of the family,” says Dr. Spilman, the youngest of five children and a fraternal twin. “I never wanted to do ­anything else. I was just always around - I mowed the lawn at his ­office, painted, raked the leaves. I told my dad when I was in the ninth grade that dentistry was what I wanted to do.”

Dr. Spilman lettered four years as a tight end for the DePauw University football team in Greencastle, Ind. He graduated from Indiana University School of Dentistry in 1991.

“I was able to work with my dad for about seven years after dental school,” Dr. Spilman says. “He retired in December 1999.”

Dr. Spilman and his wife, Heather, share a fondness for her hometown of Clearwater, Fla. They had always talked about moving someday to the little key in the Gulf of Mexico.

It happened quickly. Dr. Spilman sold the practice and moved to Clearwater with Heather and their two children, Clayton, now 9, and Emma, now 8. He purchased Sand Key Dental, a 1,000-square-foot practice, in July 2003.

“My office is a third the size it was up north, and I’ve scaled back my salary. I’m not doing $1.2 million a year like I was; I’m at soccer practice and swimming with my daughter,” Dr. Spilman says. “I can do this until I’m 75. I have one hygienist and four staff. It’s allowed me to do complete dentistry, treatment plan, and attend continuing education. It’s got me excited about dentistry again. We just converted to DENTRIX and I love it. We also use Schick digital radiography.

“It filters down from there. It’s a lot more peaceful, and I enjoy coming to work. When I see ads for interoffice walkie-­talkies, I just chuckle. Every office I’ve seen in Dental Economics® is bigger. I’m fighting for the little guy. I’ve done it both ways, and I get to do it on the water.”

His staff includes Heather, who as co-­manager puts to use an MBA from Notre Dame (she also consults for Jameson Management Inc. and has a scrubs business, www.spunkyscrubs.com); hygienist Ginger Ayres; front office manager Marcia Trunk, who worked as Dr. Spilman’s insurance coordinator in Indiana before her husband transferred to Clearwater; and dental assistant Terri Estep, whose father sold the cosmetic and family practice to Dr. Spilman.

The previous dentist had kept the layout of a beauty salon, which is how the space had functioned before that. Dr. Spilman introduced more cabinetry for his office and created a break room where tanning beds once glowed.

“Structurally, we didn’t move any chairs around,” Dr. Spilman says. “We rearranged the front office just for better flow and put down wood floors.”

“Of course, now the new patients are coming from word of mouth,” he says. “That’s been our best marketing strategy. We’ve marketed with some of the real estate agents. We’re ahead of where I thought we’d be. A lot of the locals don’t want to hop the bridge for their dental care, and I can provide that for them.”

A typical patient for Dr. Spilman is 60-something years old, and many are on their second rounds of dentistry. Before each initial patient examination, Dr. Spilman conducts a phone interview to share his dental philosophy and interact with the potential patient. From that exchange, he decides whether the person should come in for an examination.

Dr. Spilman says being near the water is his favorite thing about the office. In fact, his preferred work commute involves a WaveRunner. The Spilmans live about a nautical mile from the office.

“When I’m not taking the kids to school and the weather cooperates, I’m all over that,” Dr. Spilman says.

“Cooperative” weather means no rain, and the seas must be under four feet - Dr. Spilman doesn’t like to be covered in salt water when he gets to the office, although he can use the showers down the street at the Marriott. (He says he made connections there.)

“You find out by experience that the tide raises and lowers,” he says. Then he mentions something about getting the WaveRunner stuck in thick, salty mud one day. He knows better now. He’s such an expert now that he can predict his commute time down to the minute.

“With nice, flat water, it takes about four minutes when I’m in a hurry,” Dr. Spilman says. “Most of the time it takes me about 10 minutes. Depending on what season we’re in, driving takes 15 to 30 minutes because the population doubles in December until May.”

That translates to a lighter work load during summer months.

“My practice will take a downturn, which will allow me to take vacation. I can get right into Disney,” he says. “I didn’t expect the downturn this past September, but with four hurricanes there wasn’t much choice. We mostly got horizontal rain, and there was only minimal water damage. I was impressed at how the dental community reached out to those guys who got hammered.”

He says Floridian hospitality and Clearwater’s small-town atmosphere remind him of the Midwest.

“We keep coffee out front, and people come by just for that,” Dr. Spilman says. “There’s a Dunkin’ Donuts four doors down, but when people are walking, they come see us for coffee.”

“Other than that, you can find me on the water, on the golf course, or at a sporting event.”