Environmental protection and the use of dental amalgam

This article provides a background of amalgam use in dentistry and current US Environmental Protection Agency regulations governing amalgam waste disposal. 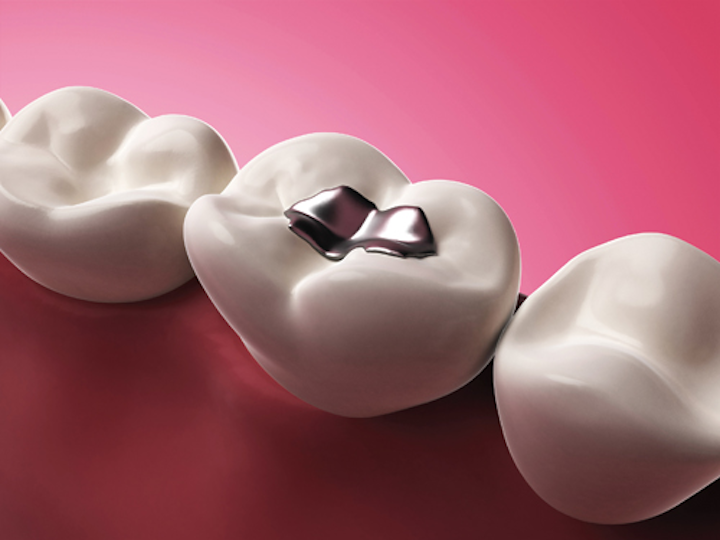 In the 1700s and 1800s, various “dental amalgam” formulations were introduced. Toward the end of the 19th century, G. V. Black developed a dental amalgam that consisted of a silver, tin, copper, and zinc alloy mixed with mercury.1 Modern dental amalgam proved to be durable, wear resistant, technique tolerant, relatively inexpensive, and it has been used extensively for well over a century.2–4 Depending on location and circumstances, declines in amalgam use have occurred to varying degrees. By 1991, dental amalgam was used for around 50% of restorations placed in the United States, compared to 75% of restorations 15 years earlier.5 Dental amalgam is used more frequently for the underprivileged, who also suffer from a greater burden of oral disease.6 It is still selected for its low cost, durability, and tolerance of placement under suboptimal conditions in low- and moderate-income countries.7 Several factors have been associated with the gradual decline in its use. 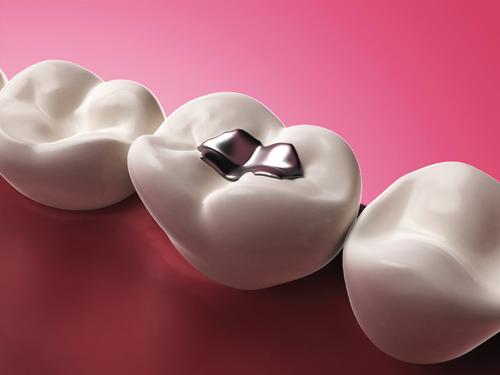 Advancements in dental materials have resulted in products that offer highly esthetic restorations as well as high bond strength and compressive strength. This makes them suitable for use in anterior and posterior teeth, including stress-bearing areas. Patient demand for esthetic restorations has also increased. While a 2014 Cochrane review found that the risk of failure was 89% greater for resin-based composite than for amalgam restorations (minimum follow-up of three years; p<0.001), it was noted that the evidence was of low quality.8 In an evaluation of more than 6,200 resin-based composite and amalgam restorations placed by more than 200 dentists in a dental practice setting (mean follow-up of almost two years), no differences were found for failure rates based on the restorative material.9 A 2011 World Health Organization report also noted that resin-based composite and dental amalgam restorations performed similarly.10 If moisture tolerance is required, resin-modified glass ionomers are available and less technique-sensitive than other alternatives to amalgam.

The controversy over health

Mercury vapor release from amalgam restorations has been stated to result in neurological, autoimmune, developmental, and organ-specific diseases and conditions.11 However, numerous studies and reviews support the safety and efficacy of amalgam in children and adults.12–14 Hypersensitivity and allergic reactions are possible.15 The utility and safe use of dental amalgam from a health perspective is supported by the US Food and Drug Administration, American Dental Association, and FDI World Dental Federation.16–18

Globally, concern over mercury release into the environment as a result of human activity has been a significant factor in declining amalgam use. When mercury released into the environment becomes methylated, fish bioaccumulate the methylmercury, whereby it enters the food chain.19 In the US, it was estimated in 2003 that 50% of the mercury entering publicly-owned treatment works originated in dental facilities.20 In addition, publicly-owned treatment works were found in an EPA study to effectively remove 90% of the dissolved and solid mercury in influent wastewater with the remaining 10% being released, further highlighting the need for environmental protection.21 Globally, dental amalgam was estimated to account for 270 to 341 metric tons of mercury in 2010, representing 10% of mercury used.7

While mercury is present naturally, mercury release by human activity is controllable. Dental amalgam–related mercury pollution can be reduced in essentially two ways: by reducing the amount of amalgam used and by reducing the amount of mercury released from dental amalgam into the environment. In Scandinavia, voluntary agreements, guidelines, recommendations, and limitations were introduced in the 1990s.7 Subsequently, mercury products including dental amalgam were banned and eliminated in Norway and Sweden. Similar programs have been applied in other countries, and limitations on the use of dental amalgam were introduced across the European Union on July 1, 2018.22

There is agreement globally on the need to reduce mercury pollution from all sources, including dental amalgam. The Minamata Convention on Mercury, also known as the Minamata Treaty, was adopted in 2013 and ratified in 2017.23 This treaty calls for the phasing down of products containing mercury and the promotion of alternative nonmercury products across all industries. Its objective is to protect the environment, ultimately protecting health. Eight measures are related to phasing down dental amalgam use, while a ninth measure addresses the use of best practices to reduce environmental release of mercury. Countries must select at least two measures for implementation (table 1).

Table 1: Measures for phasing down amalgam use and environmental protection, 2013 Minamata Convention on Mercury

Among respondents in a 2017 electronic national survey in the United States, 38% of more than 1,500 general dentists and 44% of 700 pediatric dentists had not placed amalgams in the prior year. A further 33% and 31%, respectively, reported low usage, which was defined as using amalgam for 1% to 30% of restorations.6 No use or low use of amalgam was more likely for dental professionals who identified dental amalgam to be unsafe, in pediatric offices with few patients on government assistance, and among general dentists concerned for the environment. Among the last of these groups, individuals were five to seven times more likely than nonenvironmentally conscious colleagues to agree with mandatory requirements for amalgam separators. Dentists frequently placing amalgam and those who believed amalgam to be unsafe were also more likely to agree with mandatory use of amalgam separators. Less than a quarter of respondents believed that amalgam should be banned. Survey limitations included potential bias due to use of a commercial database and a low response rate.

The Environmental Protection Agency (EPA) Final Ruling on Amalgam Separators came into effect on July 14, 2017.24 It requires use of a certified ISO 11143-compliant amalgam separator with at least 95% efficiency for removal of solids into the amalgam separator containers. Some amalgam separators today offer greater than 99% efficiency. The ruling also addresses the disposal of amalgam, including amalgam in solids in amalgam separators, and mandates the use of an approved amalgam recycler. In addition, oxidizing cleaners and cleaners with a pH of <6 or >8 may not be used to clean evacuation lines, vacuum pump filters, or nondisposable amalgam traps. It should be noted that the requirements for cleaners do not apply to dental unit waterline products.25 Under the Final Ruling, requirements for compliance and one-time compliance reports are provided for dental facilities already discharging wastewater to publicly-owned treatment works (existing dischargers) and new dischargers. Offices already using an amalgam separator are grandfathered in (table 2).25 Depending on location, local regulations, and requirements for wastewater disposal, amalgam separators and cleaners may be more stringent than EPA requirements, which are the minimum. If so, these more stringent requirements must be followed.

The American Dental Association Best Management Practices for Amalgam Waste guideline has recommended the use of ISO 11143-compliant amalgam separators for several years.26 Other recommendations include the use of only capsulated amalgam, using the smallest capsule required, wearing appropriate personal protective equipment when handling amalgam, and segregating and storing contact and noncontact amalgam waste in dedicated containers for recycling and disposal. A full description of the recommendations, along with dos and don’ts, is available in the report, which can be found on the ADA website.

Dental amalgam is an inexpensive and forgiving restorative material that continues to play a significant role globally in the provision of restorative care. While some high-income countries no longer use dental amalgam, other countries do. Declines in use vary considerably. The Minamata Treaty includes measures for the phasing down of amalgam use and environmental protection measures. In the United States, the EPA Final Ruling—as well as state, city, and water district requirements—will reduce the impact of amalgam used, and the ADA Best Management Practices for Amalgam Waste guideline contains measures that will reduce waste amalgam and its environmental impact. Environmental mercury release from all sources, including dental amalgam, must be minimized.

10. Future use of materials for dental restoration. Report by World Health Organisation. Available at: http://www.who.int/oral_health/publications/dental_material_2011.pdf. Published 2011.

Fiona M. Collins, BDS, MBA, MA, FPFA, is an international lecturer and published author on a variety of dental topics, including infection control, caries, dry mouth, biofilm, patient compliance, tobacco cessation, opioids, and waste streams. She is the American Dental Association representative to the Association for the Advancement of Medical Instrumentation and is a fellow of the Pierre Fauchard Academy. Dr. Collins graduated as a general dentist from the University of Glasgow and holds master’s degrees from Boston University.

When to load an implant

Convert your 401(k) plan into a real retirement plan

There are two great myths believed by many of todays’ dentists. The first is that our case acceptance is above 90% and the second is that PPOs are a necessary evil in a modern practice. To find out how we bust these myths, download the free guide now.
Nov 14th, 2019
Practice

Nothing in dentistry creates more controversy than the concept of 'selling' dentistry, yet being adept at selling and persuading is a critical skill in dentistry.
Jan 21st, 2014
Practice

Do you remember many years ago when whitening strips were just getting off the ground? Procter & Gamble developed a $120 million marketing campaign to introduce Crest Whitestrips to the U.S. market.
Dec 18th, 2013
Practice

I constantly see ads, courses, and articles on how useful diode lasers are in dental practice.
Apr 1st, 2013

Which technique is best -- total-etch, self-etch, or selective-etch?

As I attend continuing education courses, I'm frequently confused by the various suggestions by instructors that one or the other of the etching/bonding techniques is the best.
Feb 1st, 2013

I have been considering incorporating placement of small-diameter implants into my practice ...
Nov 1st, 2011
Practice

Dentists traditionally shy away from online media because they do not understand how it works or they think they do not have time.
Jul 1st, 2011
Practice

This year, practice-management systems are rolling out new updates that will surely include easier implementation of the electronic health record (EHR).
Sep 1st, 2010