The psychology of millennials and student debt 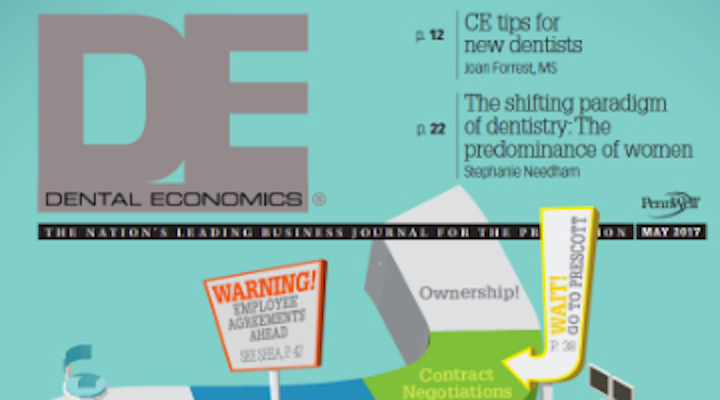 As a practicing pediatric dentist, an educator for over 20 years, and a former student deep in debt, I have seen firsthand the stress that the cost of dental education and specialty training is putting on our students, graduates, and young pediatric dentists. As the chair of the American Academy of Pediatric Dentistry (AAPD) Council on Membership and Membership Services (CMMS), part of my job is to see that our current benefits are relevant and timely.

Recently, I served on the AAPD Millennial Task Force, which was charged with evaluating the needs of students and graduates and researching issues facing newer practitioners. Committee representatives included private practitioners, educators, current graduates, recent graduates, and current residents. We reviewed the literature and conducted surveys of members in training and members who had graduated within the last 10 years.

The most common and urgent message we received from millennials was about student debt: Do I have to work for someone else? Can I buy or open my own practice? Can I afford to get married, have children, and live the lifestyle I desire? Or is debt going to prevent me from achieving my goals?

According to the American Dental Education Association, the average debt of the dental school class of 2016 is $261,149.1 Indeed, over 30% of these students graduated with debt in excess of $300,000. (1) Those who pursue residencies and additional education incur even more debt.

Dentistry is held in high regard as a profession, but the costs are staggering. In February 2017, Bloomberg reported that 39% of millennials would rather tell a potential partner about some of their most personal information than discuss their debt. (2) While it may be psychologically difficult, these costs should be considered as investments for the future, rather than as debts.

Statistics show that a dental education is a dependable investment. According to Doctorly.org, “Most dentists are paid enough to eliminate loan debt in less than 14 years.” (3) For example, Bankrate.com ranked dentistry at No. 11 in its list of the 20 best jobs for return on educational investment. (4) Many dentists pay off their debt more quickly than other professionals. According to the New England Journal of Medicine, the ratio of debt to income is 63% better for dentists than it is for veterinarians. (5) In January of 2017, dentistry was ranked as the No. 1 profession and as the No. 1 health-care job in U.S. News & World Report’s “100 Best Jobs” list. (6) 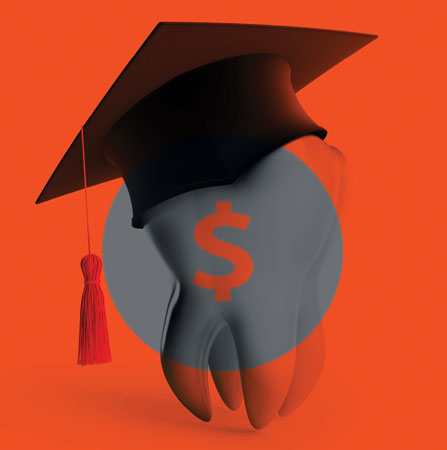 • lower the interest rates on federal Direct Unsubsidized Stafford Loans, as well as the total amount of interest that can accrue on federal graduate student loans;

• reinstate eligibility for graduate and professional degree students to use federal Direct Subsidized Stafford Loans to finance their graduate education;

• permit federal graduate student loans to be refinanced more than once to take advantage of lower interest rates and better economic conditions;

• extend the period of deferment for repaying federal graduate student loans to the maximum extent practicable;

When I became the chair of CMMS in 2015, I decided that addressing student debt would be my first goal. I started by speaking with banks and asking them about lending money to dentists. As it turns out, the banks consistently told me that dentists were their second safest investment—second only to undertakers! I then started familiarizing myself with government agencies and consolidation programs. As a part-time faculty member at the University of Maryland School of Dentistry, I was able to talk to students and residents who were currently facing this debt burden to get their input, as well.

My goal was to find a repayment program that would reduce student debt by offering refinancing at a lower rate and that would have options for both federal and private student loan consolidation. I wasn’t only looking for the lowest refinancing rates; I wanted to be able to speak to a real person, either on the phone or in person. I needed to find a company that could review an individual’s finances and help that individual decide whether to consolidate, refinance, or do nothing.

I had confidence in a company that actually told some applicants not to change anything if the applicants were already in a good position. This spoke volumes to me because honesty, trust, and ethics were of utmost importance in my search. Here’s a quote from one company I researched:

Refinancing your student loans sounds great. But it’s not for everyone. Consolidating student loans via refinancing is best for people whose financial position—in terms of employment, cash flow, and credit—has improved since they graduated from school. People who are working in the public sector or taking advantage of federal debt relief programs, such as income-based repayment or public service forgiveness, may not want to refinance, as these programs do not transfer to private refinance loans. (8)

I also wanted a company that offered other services, such as career strategy advice services, office loans, mortgage loans, and insurance and wealth management services. And most importantly, I wanted to find a company that would offer customer support seven days a week.

After a comprehensive search, the AAPD partnered with Social Financial Inc., also known as SoFi. We have had our members enjoy great success, as demonstrated by the following statistics:

These results are only from the initial two years of our relationship with SoFi. Already, $21 million has been funded with many other potential starts in the works. When considering how to conquer your student debt, do your research. It seems, from these numbers, that this is “paying” off for our younger members. That is what the AAPD wants for its members, and this benefit is just one of many that we offer.

4. Kahn C. What is the ROI of your college degree? Bankrate website. http://www.bankrate.com/finance/college-finance/roi-college-degree.aspx. Updated June 15, 2015.

Shari C. Kohn, DDS, is a board-certified pediatric dentist in private practice in Hunt Valley, Maryland. She is a faculty member at the University of Maryland School of Dentistry and a past president of the Maryland Academy of Pediatric Dentistry. Dr. Kohn has sat on the AAPD board of trustees and is currently on the board of trustees for Healthy Smiles, Healthy Children. Dr. Kohn and her husband, Tom, have two grown children.