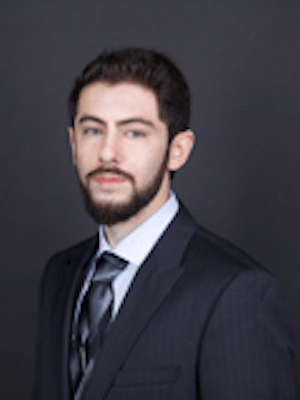 Stephen Dadaian, DDS is a general dentist practicing in Cresskill, New Jersey. He received his DDS degree from Columbia University College of Dental Medicine and completed the AEGD residency at Columbia - New York Presbyterian Hospital. He also has advanced training in orthodontics from the AGPO in Austin, TX where he is an associate fellow. He has conducted and published research about oral squamous cell carcinoma in addition to presenting his findings at the Greater New York Dental Convention at the Jacob Javits Center. His contributions to dentistry earned him the Daniel Laskin Scholar Award presented by the American Academy of Oral & Maxillofacial Surgeons in San Francisco, CA. His clinical work has been documented in print and shown by the Argen Corp internationally in lecture presentations. He is a supporter and holds memberships with the ADA, AACD, AGD, and Armenian-American Health Professionals Organization (AAHPO). When he is not practicing dentistry he plays music professionally and has won three national guitar competitions. He enjoys giving back to his hometown community as a supporter of Cresskill Education Foundation and the arts.