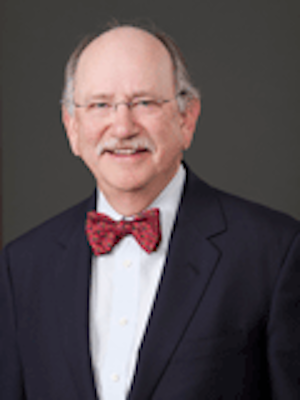 Roger is an accredited senior appraiser (ASA) of the American Society of Appraisers, who has also earned the coveted MSA, specifically geared to the business of your practice. With over 30 years of experience serving dentists across the United States, Roger is an active speaker, frequently addressing national and state study clubs and other professional groups. He has published extensively, and recently published a book about practice transitions (published by the American Dental Association). In business since 1979, Roger joined The McGill & Hill Group in 1997.

In his spare time, Roger enjoys a variety of activities ranging from scuba diving to four-wheeling in Colorado to cruising. In addition, when he is not wearing his trademark bowtie, he prefers to be in cowboy boots and jeans (and loves almost anything cowboy). As you might expect he enjoys country music (more about this at our seminar). Roger and his wife live in Charlotte, North Carolina. Currently their twenty-four year old daughter (Taylor) is nearing the end of her bio-chemistry major at Queens University.