I have been practicing dentistry for many years and have watched the evolution of restorative curing lights since the late 1970s. 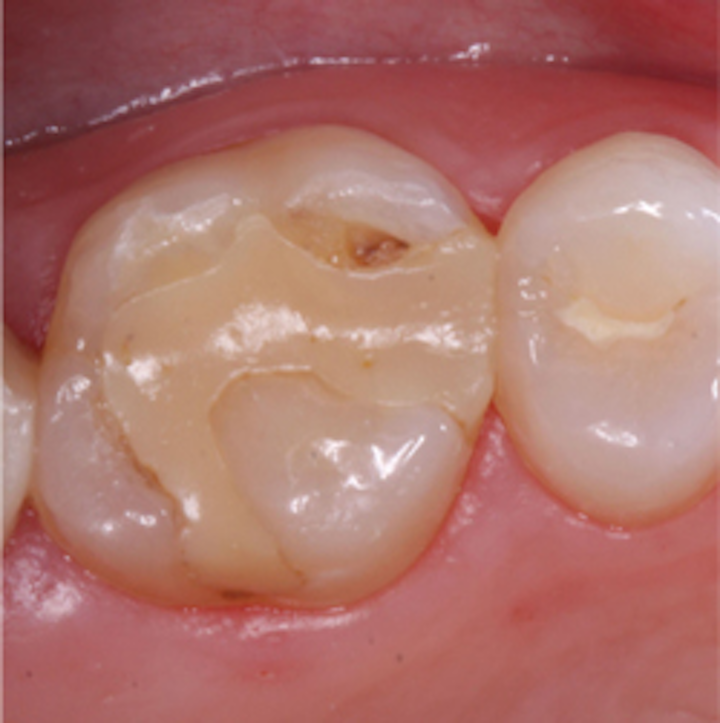 Q I have been practicing dentistry for many years and have watched the evolution of restorative curing lights since the late 1970s. Current advertisements for curing lights state the ability to cure resin adequately in as little as one to three seconds. I have attempted to cure resin on the lab bench in that short time, and I have been discouraged to see the apparent inadequacy of cure. What is the current thinking on curing times for typical restorative resins?

A Your question is very important in view of the varied curing times and different intensities of lights on the market. To make this answer more understandable, may I suggest a simple test for you?

It has been determined that the degree of conversion of dental restorative resins ranges about 44% to 74% when cured adequately. When observing a specific resin, increase in the degree of conversion correlates well with an increase in hardness. However, an absolute hardness number of a specific resin is not a predictor of absolute hardness when compared to other resins.

The visual hardness differences observed when just scraping on the resin or finishing different portions of a sample of restorative resin with a rotary instrument can be related to the degree of conversion.

I suggest that you accomplish the following simple test to see if your light is adequate:

When considering the previous project, it is logical to assume that we clinicians would prefer to have resin restorations converted as much as possible. This assumption leads one to some clinical conclusions that I will discuss.

It is interesting and quite confusing to see the various curing times suggested by companies, speakers, sales reps, and clinical dentists. Depending on the curing light, curing time suggestions range from one second to 15 seconds or more. I hope you will conduct the simple test I outlined above to test your own light, because light intensity and polymerization conversion vary significantly.

Curing time has been markedly reduced over the last few years, with many companies and individuals encouraging three- or five-second cures for typical restorative resins. Is that enough? Although these short times were assumed to be adequate by many clinicians, current research is showing that they may be inadequate for some clinical situations. Although the resins may exhibit a hard surface after short curing, the internal portion of the resin is like a medium or rare cooked steak – not fully cooked, or in the case of resin, converted. Light experts and some companies are now changing their suggestions to encourage longer curing times, even with the fast lights. For adequate conversion of resin, the current thinking of some researchers and manufacturers is for users of fast LED lights to provide two five-second cures, with a brief stop between the two times.

Clinicians Report scientists have shown that the current fast LED lights do not cure resin as deeply as some of the older halogen lights (CR Foundation Report May 2012). However, the fast LED lights still reduce the overall cure time when compared to the older lights because thinner increments of resin are cured rapidly.

So-called bulk-fill resins have risen in popularity in recent months. Isn't it obvious that inadequate cure can be a significant challenge with this concept? Curing increments of 2 mm or less in deep tooth preparations still produces the most predictable and adequate conversion of the resin with most lights (Fig. 3). Curing longer with fast lights has a very negative challenge – HEAT!

Fig. 3 -- This shows my personal preference for curing Class II resin-based composite restorations, using a methodical, carefully contoured placement of resin in increments, starting with a minimal increment and increasing the increment thickness as the light comes closer to the resin. Curing in this manner ensures that each increment is cured and the subsequent layers further cure the previously cured layers.

A well-proven and simple way to decrease the heat produced by fast LED lights is using the air syringe while curing.

Dental assistants, who are usually the ones using the lights, are advised to apply an air stream to the tooth receiving the light cure any time the fast LED light is on the tooth. This technique has been shown to keep the pulp of the tooth at or lower than body temperature, while fast LED light curing without the air applied rapidly raises the pulpal temperatures to potentially dangerous levels.

In summary, it appears that the profession has passed the level of fast light curing that produces adequate conversion of restorative resins. Consider longer curing periods and incremental placement of resin while using air coolant to avoid pulpal injury caused by the heat production of the fast LED curing lights.

Gordon Christensen, DDS, MSD, PhD, is a practicing prosthodontist in Provo, Utah. He is the founder and director of Practical Clinical Courses, an international continuing-education organization initiated in 1981 for dental professionals. Dr. Christensen is a cofounder (with his wife, Dr. Rella Christensen) and CEO of CLINICIANS REPORT (formerly Clinical Research Associates).

In this monthly feature, Dr. Gordon Christensen addresses the most frequently asked questions from Dental Economics® readers. If you would like to submit a question to Dr. Christensen, please send an email to info@pccdental.com.

Additional information on the subject

We recently produced the newest edition of our educational materials on this subject, showing live and close-up clinical procedures, and the best materials, devices, and techniques for all aspects of the Class II resin restoration, called Class II Composite Resins Can Be Predictable, Non-Sensitive, and Profitable (Item #V3554). For more information, view our website at www.pccdental.com or call PCC at (800) 223-6569.