Bleaching and caries control in the elderly

Professor Van B. Haywood examines the role of bleaching in the older patient and how it relates to caries. 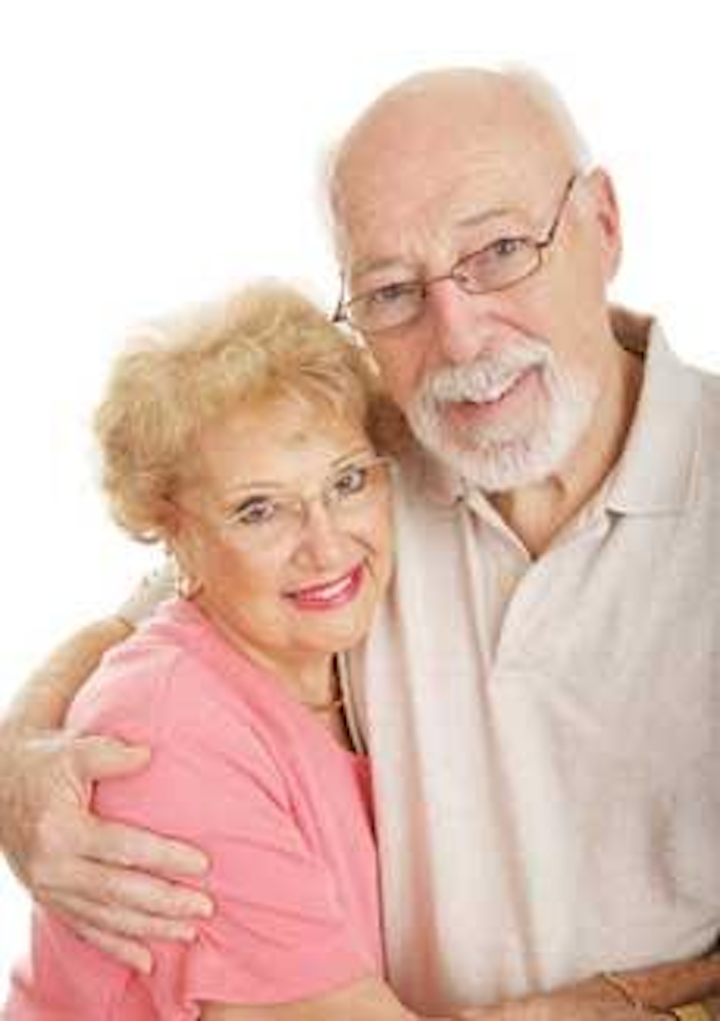 by Van B. Haywood, DMD

Professor Van B. Haywood examines the role of bleaching in the older patient and how it relates to caries.

Bleaching teeth with carbamide peroxide in a custom tray is an exciting service to offer patients and a tremendous adjunct to restorative dental treatment. One of the side effects noticed when bleaching teeth is that the use of 10% carbamide peroxide applied nightly in a custom–fitted tray is effective to remove plaque, reduce caries bacteria, and elevate pH on elderly patients for successful long–term oral hygiene care.

As the population of the world ages and lives longer with more teeth, there is a greater number of people who have received good dental care in their younger years, but now face difficulty maintaining those restorations and existing teeth in their later years. Dentists have experienced the frustration of rampant root surface caries around crown margins or in virgin teeth as these patients age.

This caries phenomenon seems to be associated with a reduction in salivary flow due to aging, side effects of medications, and a decline in health. There is also a loss in manual dexterity and the ability to perform routine oral hygiene care.

Even if these patients have access to care from a general dentist, their compromised ability to clean at home around hemisected molars, under pontics for fixed–partical dentures, or interproximally around teeth with gingival recession or periodontal involvement often results in caries between dental appointments.

This mechanical disadvantage is further complicated by the tendency of these patients to use sugar–containing mints for breath due to salivary flow loss, and the resultant effect on the caries index.

Chlorhexidine is also used, but the staining is a deterrent to use. Interestingly enough, 10% carbamide peroxide can be used alternately with chlorhexidine to remove these stains (Addy et al., 1991).

Although 10% carbamide peroxide is generally associated with tooth–whitening, the material was originally used as an oral antiseptic for gingival healing (Haywood, 1992). It was being applied in a tray for wound–healing when the tooth–whitening side effect was discovered (Haywood, 1991).

Carbamide peroxide (10% and 15%) has been been classified by the United States Food and Drug Association as Category 1, which means there is sufficient data to demonstrate that these agents are safe and effective for use in the oral cavity as oral antiseptic agents (Haywood, 1993; Dental Product Spotlight, 2001).

Subjects in tooth–whitening research report less plaque and “squeaky clean” teeth, much like after a prophylaxis. Reports from over a century ago cite the use of this material in children with pitted teeth to reduce caries (Atkinson, 1893).

Current research on safety notes that the pH of the saliva and the material in the tray is elevated to about eight in less than five minutes after application, and remains at that level for the duration of the application (Leonard et al., 1994; Leonard, Austin et al., 1994) — in those studies, two hours.

This occurrence is related to the urea in the composition (Firestone et al., 1982, Wainwright and Lemoine, 1950). The pH values are crucial to preventing the formation of tooth decay, since root caries can start when the pH of the mouth is between 6 and 6.8 (Hoppenbrouwers et al., 1986, 1987).

A further study has indicated that 10% CP kills one of the two bacteria causing tooth decay (Bentley et al., 2000). Gingival indices in bleaching studies have indicated some improvement in gingival scores (Powell and Bales, 1991), although the patient population involved in bleaching often has a very clean mouth for the onset of treatment.

The tray design used for caries control is a nonscalloped, no–reservoir tray, which extends 1 to 2mm onto the gingival tissue (Haywood 2006, 2007). It should not extend into undercuts to the path of insertion, nor encroach on frenum attachments.

The contact with the gingivia prevents the washing out of the material, and does not generally cause gingival irritation at 10% concentration (Leonard et al., 1994). The lack of reservoirs means less material is needed per application.

The traditional custom–fitted bleaching tray from an alginate impression works well, although there are some options with “boil and form” trays in certain arches (Haywood et al., 2001). The boil and form tray can also be used as a diagnostic test to see if the patient can wear the tray and if the material will be effective.

Carbamide peroxide for caries control has a long history of use, except that the previous attempts did not employ a tray application. Several papers cite the use of 10% carbamide peroxide as a rinse, in the form of Glyoxide, in orthodontic patients during three years of treatment to prevent white–spot lesions (Fogel and Magill, 1971). It has also been used in elderly patients as a rinse for oral hygiene (Haywood, 1992). Carbamide peroxide seems to be most effective when some type of container or barrier is used.

The questions of safety regarding ingestion have been answered in literature prior to bleaching, as well as in current literature (Ritter et al., 2002, European Commission, 2005). Ten percent carbamide peroxide is used in newborn infants — 10 drops in their throats every two hours for seven to eight days to treat candidiasis or thrush (Dickstein, 1964).

This can be supplemented by using chlorhexidine rinse for 30 seconds prior to bedtime. In addition to caries control, the 10% CP can control the staining from chlorohexidine. The only side effect of this treatment is that the teeth will become white. For most people, this may be a benefit. However, since restorations do not change color, there can be a mismatch between existing restorations and bleached teeth.

Some restorations may need to be replaced due to this color mismatch. However, the benefit of saving the teeth or having larger restorations due to caries may override this concern. Teeth typically whiten to a certain level, then stabilize, even with further treatment; however, it is unknown to what level of whitening the patient will progress. Thus, some patients may have very white teeth over time.

Sensitivity is often associated with bleaching; however, in elderly patients, the pulps have receded such that sensitivity is seldom a problem. The use of potassium nitrate in the bleaching tray for 10 to 30 minutes has been shown to alleviate this in most patients (Haywood et al., 2001).

Additionally, many bleaching products now contain this ingredient. Sensitivity levels have been greatly reduced with the combination of potassium nitrate and a soft tray, as well as by prebrushing and using a desensitizing toothpaste during treatment (Haywood et al., 2005).

This technique is meant to be used for the life of the patient. Studies on bleaching tetracycline–stained teeth nightly for six to 12 months have indicated no harm to the teeth or pulp with low concentrations of carbamide peroxide (Haywood 1997, Matis et al., 2006, Leonard et al., 1994).

Additionally, this technique may prove beneficial with oral cancer patients for whom the cancer treatment has reduced the salivary flow and caries has become a problem. It is also used in orthodontic patients to avoid white–spot lesions, although the fit of the tray and the amount of material needed make this option more of a challenge. Typically, the “boil and form” trays can be made over the brackets if care is taken.

Root caries may be minimized by the use of carbamide peroxide in a tray overnight to remove plaque, elevate pH, and kill bacteria. Long–term use is both cost–efficient and safe. Sensitivity can be treated by potassium nitrate in the tray, prebrushing with it and then using a bleaching product containing the material.

Primarily, the indication for caries control is for aging patients — those with physical handicaps, or patients in nursing homes for whom conventional brushing and flossing has not proven effective. The side effect of whitening the teeth is often less of a problem than the cost and medical challenge of restoring teeth due to root caries.

Editor's Note: This article is reprinted with permission from Aesthetic Dentistry Today, October 2007, Volume 1, No. 4. References are available on request. They are also included in a version of this article that is posted in the Download Center of the DE Web site at www.dentaleconomics.com/downloads. You can visit Aesthetic Dentistry Today's Web site at www.aestheticdentistrytoday.co.uk.

Van B. Haywood, DMD, is a professor in the Department of Oral Rehabilitation, School of Dentistry, Medical College of Georgia, and director of Dental Continuing Education. You may reach Dr. Haywood at vhaywood@mail.mcg.edu.