Can you detect initial dental caries?

Dr. Gordon Christensen goes over the various devices and concepts used to detect initial dental caries and details their features. He explains what is necessary to detect carious lesions and how improvements in caries detection equipment could make dental care for patients even better. 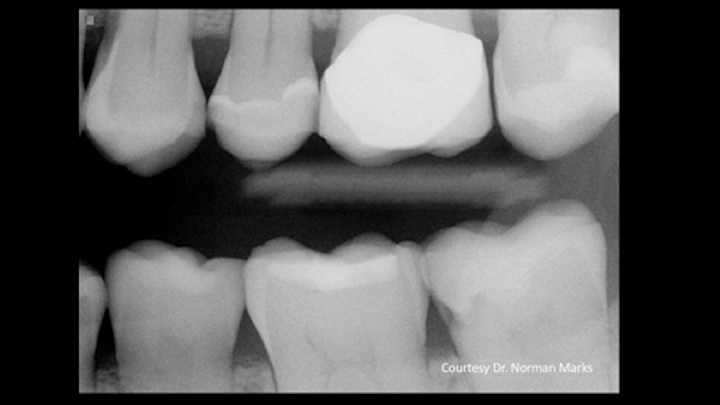 Q: A previously observed, highly frustrating problem is now starting to genuinely irritate me. The radiographs that I can produce on my state-of-the-art digital sensors are incapable of adequately showing initial caries consistently. This is not a new problem; it has been this way ever since I graduated from dental school a few years ago. Even if I use the various enhancers and change the image contrast, I am still confused about the presence or lack of initial caries. I have even missed moderate-sized caries. I feel that after paying many thousands of dollars for new sensors, I should be able to detect small lesions. What can I do?

A: You have identified one of the most inadequate areas in all dental equipment—the identification of caries. It is not just initial caries that we miss, it is moderate and even large lesions. It is time for dental equipment manufacturers to recognize the ineffectiveness of these highly important diagnostic instruments.

When we miss an initial carious lesion and let it grow into a size that is finally detectable, what is the result?

• The tooth preparation must be larger to remove the caries.

• The tooth is weakened by the removal of the extra tooth structure.

• The longevity of the restoration is reduced due to wear on occlusal contacts on the restorative material, a weakened tooth, margins in occlusion, and potential complications in the placement of the larger restoration.

• The overhead may be double, because the placement time for the restoration is increased significantly.

• There is more restorative material needed at significant cost for the larger restoration.

• The possibility of pulpal damage is increased due to the deeper tooth preparation.

It is apparent that there are numerous negative consequences because of our inability to see carious lesions when they are small: the patient loses, the dentist loses, and the staff loses. Very importantly, the tooth and restoration have shortened service longevity potential and greater patient cost in the future. Since typical general dentists place several resin or amalgam restorations on every clinical day, this is no small problem. In my opinion, this is one of the major areas that is lacking in all of our current dental technologies. 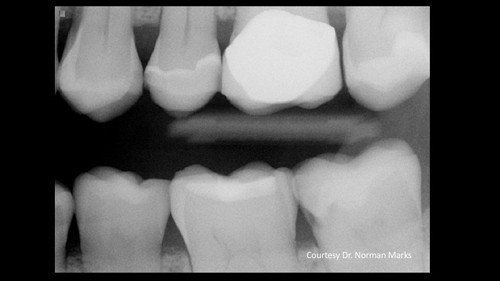 Since most manufacturers seem relatively unaware of this problem and the remedy does not appear to be coming soon, what can you do right now? Are there ways to reduce the problem? There are some simple and complex ways—some inexpensive and others quite expensive. First, can we actually demonstrate the problem?

Recently, one of our practicing dentist team members who donates significant time to Clinicians Report Foundation and Practical Clinical Courses sent me a clinical example that frustrated both of us (figures 1 and 2). As you observe Figure 1, you will immediately see a lesion on the mandibular second molar and—perhaps—a small lesion on the maxillary first premolar. But do you see the lesion on the maxillary second molar? As you observe Figure 2, you are shocked to see the depth of the MO lesion that was not visible on the radiograph. 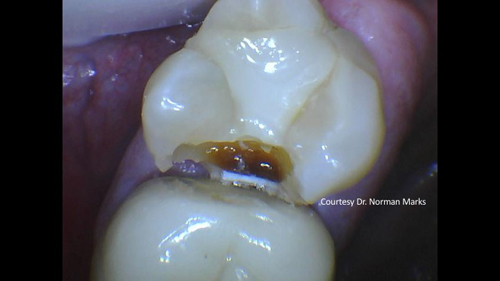 Figure 2: Obviously, the radiograph in Figure 1 did not show the major carious lesion.

In my experience over the past several years, I admit that I miss many lesions that finally show up at subsequent appointments as larger lesions with the problems already described.

Concepts and devices to reduce the proven problem

Until dental radiographs become more adequate in showing dental caries, the following instruments and concepts are available to help dental professionals identify dental caries. These are adjuncts for radiographs, and—in my opinion—not replacements. I suggest that dentists look for these devices at large dental meetings and determine which will fit their practices best.

The following devices are listed in alphabetical order along with their relative cost and some introductory information about them. These concepts and devices vary from a few dollars to about $11,000. I have provided the cost only in words ranging from very low cost to high cost.

Air polisher such as the Dentsply Sirona Cavitron Prophy Jet. Moderate cost. When the occlusal surfaces of molars and premolars are blasted with sodium bicarbonate, the color in the Class I grooves on a noncarious tooth goes away. The color in the grooves on a carious tooth remains, immediately indicating caries. This device has many important uses in addition to caries detection.

Quantum Dental Technologies Canary System. Moderate to high cost. The pulse (frequency) of a laser beam is varied, detecting caries in the tooth at reported depths up to 5 mm.

KaVo Diagnodent. Low cost. This older concept was one of the first technologies to show caries. It uses a laser beam to penetrate the suspect tooth and show caries activity. However, it is only accurate if all the color is taken off the tooth with an air polisher before using the Diagnodent. Leaving color on the tooth can produce false positives.

Silver diamine fluoride. Very low cost. This concept is simple. The liquid stains any demineralized tooth structure black. When placed on the occlusal surface of a carious tooth, the caries is stained black, indicating Class I caries activity.

Acteon SoproLife and SoproCare. Moderate cost. These devices use several modes of light to identify Class I and Class II caries.

If dental radiographs did what we older dentists saw them do many years ago in the days of high radiation, we would not need the devices described above. High radiation created high contrast on the old analog films, and what you saw on the film was nearly what you saw on the affected tooth. But high radiation is gone and will not return. Lower radiation has produced many shades of gray or lower contrast; what you see on radiographic images is very difficult if not impossible to interpret. I suggest that dental inventors and manufacturers put maximum effort into development to make affordable, easily used concepts to improve the interpretation of dental radiographs. Again, I believe this is one of the most significant voids in all dental equipment. 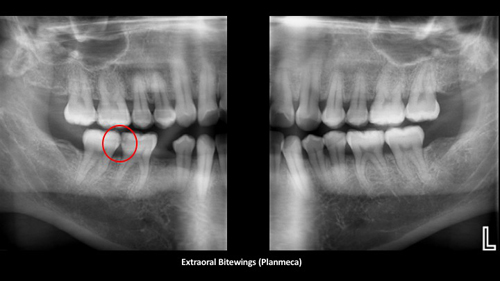 Figures 3–5 show a suggested conservative procedure when caries can be treated at the time lesions are small. Use of small, nontraumatic, round-ended burs create minimal-size preps. A 329 bur is adequate for the isthmus cut of most premolars, and a 330 should be adequate for the isthmus cut of a typical molar. Such small restorations have been shown to serve for many years when compared to larger restorations. However, unless carious lesions can be identified early in their development, tooth preparations must be larger and have been shown to have shorter service longevity. 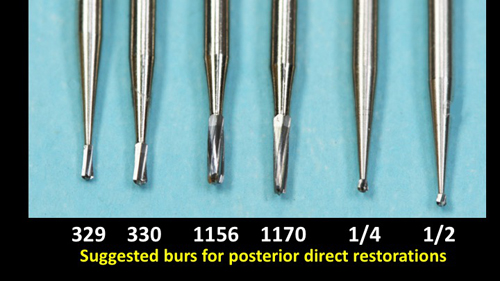 As is apparent to most dentists, current dental radiographs seriously lack the ability to show initial caries. This deficiency causes treatment of caries when the lesions are larger, causing shorter longevity of restoration service, higher cost for patients over their lifetime, higher overhead for dentists, more trauma to teeth, and overall lack of dentist ability to do conservative restorative procedures. Although adjunctive devices and techniques are available to identify initial caries, it is unfortunate that manufacturers have not improved the ability of radiographs to accomplish their intended purpose. It is time for them to do so. 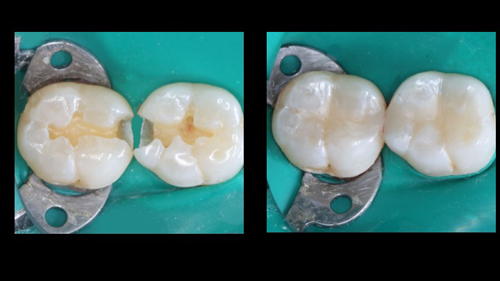 Author’s note: Additional educational resources are available from Practical Clinical Courses, some of which relate directly to this article:

• Class II Composite Resins Can Be Predictable, Non-Sensitive, and Profitable (Item No. V3554)