Lessons You Can Learn From Southwest Airlines

Use Southwest Airlines' recipe for success and you can consistently outperform your competitors in dentistry. 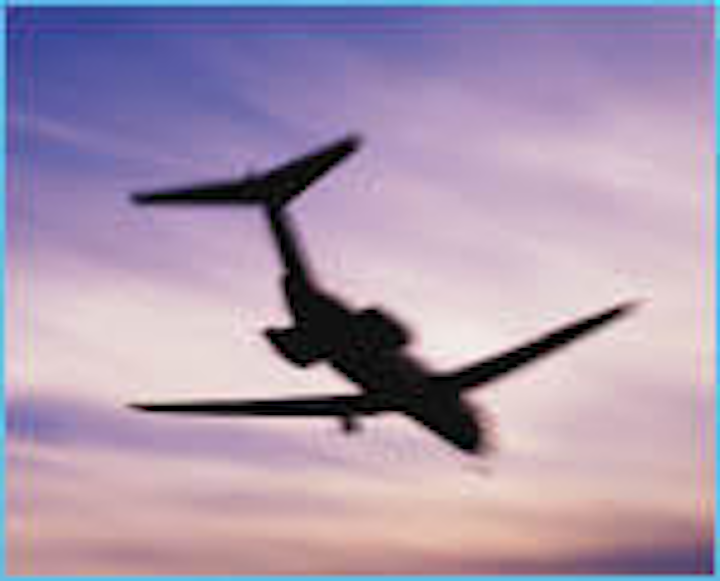 Use Southwest Airlines' recipe for success and you can consistently outperform your competitors in dentistry.

Three airplanes serving three Texas cities. That's how Southwest Airlines began in 1971. Today, the company has over 300 airplanes and serves 55 cities. It also is the most profitable and admired airline in the industry. In an extremely competitive industry, this airline consistently outperforms its rivals. If you own some of the company's stock, you know what I'm talking about. In 2000, its stock went up 127 percent! In addition, Southwest Airlines can boast these acheivements:

Southwest's success is not an accident. Its success leaves clues for you. The company has concentrated on four areas, and it does them very well. If your practice does the same, you, too, will fly high like Southwest Airlines. Here are Southwest's four lessons of success.

Create a legendary culture
In a 1995 Forbes magazine issue on the best companies in the United States, the author wrote, "There is growing concern that companies cannot live by numbers alone. The one thing that sets the top-ranking companies in the survey apart is their robust cultures."

If a culture is like a framework, the individual pieces of that framework are values. Values are deep-seated beliefs about the world and how it operates. They are the emotional rules that govern your attitudes and behavior. Values form the guidelines you use when you make a decision.

Want a quick peek at your personal values? Look at your calendar and checkbook. The way you spend your time and money reveals the things you value in life.

Do you see how values, like those listed in Figure 1, could build a culture that would support a world-class organization? The same is true in your office. That's why it's so important that you consciously and consistently work at creating (and then maintaining) a culture and set of values that provide the framework for the practice of your dreams.

"The greatest values are the farthest from being appreciated. We easily come to doubt if they exist. We soon forget them. They are the highest reality." — Henry David Thoreau

Employees come first
Two groups of people walk into your office each day: your patients and your team. Both groups are important. It's very easy to become totally preoccupied with serving your patients, because there's a sense of urgency associated with them. ("We need to take great care of them now because they're here for only a short period of time, and they pay the bills.") Your team is more important, but there isn't the same sense of urgency associated with them. ("They're here all the time, and they don't pay the bills.")

A great way to gauge whether or not you put your team first is to examine what you do when a patient complains about a team member. Do you automatically think, "The patient is always right," then call the person to apologize for the team member's poor behavior?

Southwest Airlines' legendary CEO, Herb Kelleher, wouldn't. When asked if customers are always right, Herb answered, "No, they are not! And I think that's one of the biggest betrayals of employees a boss can possibly commit. The customer is sometimes wrong. We don't carry those sorts of customers. We write them and say, "Fly somebody else. Don't abuse our people.' "

Not only is Herb's way "the right thing to do," but how do you think his people react when they hear he went to bat for them? They respond with a truckload of loyalty that no paycheck will ever buy!

That's one of the reasons Dr. Joe Blaes and I wrote the book, 555 Ways To Reward Your Dental Team. When you consistently acknowledge, praise, congratulate, celebrate, motivate, promote, thank, recognize, reward, train, and cheer your team, you put them first. They feel it and respond in kind to your patients and you.

"It's true that people can't be put in a neat box in a financial statement. You can't put a dollar figure on their net worth to the company. And you can't go to the bank and borrow against them. But people — not technology or fixed assets — are what determine the success or failure of any company." — Roy Roberts, General Motors

Make work fun!
I was on a Southwest Airlines flight to Phoenix last year. We were getting on the plane, and the man in front of me opened the overhead compartment to put his briefcase in it. As he did, a flight attendant stuck her head out and shouted, "Boo!" She was hiding in the overhead compartment. I haven't seen that on other airlines in awhile. The whole plane load of people cracked up, and we proceeded to have a wonderful trip to Phoenix.

On another trip, I was walking down the jet way behind a man who had broken his leg. He had crutches and a huge cast. A flight attendant stopped him at the door, pointed to his leg and said, "Looks like you've been flying America West." I could go on and on about my fun experiences with the people of Southwest Airlines. If you've ever flown with them, you know what I mean.

The first thing Southwest looks for when hiring someone is a sense of humor. They know there are three bottom-line benefits to having fun:

1) More productivity. Southwest Airlines has the smallest number of employees per aircraft, serves the most customers per employee, and has the most enviable record of profitability in the industry.

2) Lower attrition and absenteeism. People who are enjoying their day are more apt to stick with a company/practice and to come to work every day.

3) Customers/patients respond more positively. Southwest has less than half the complaints per passenger than the No. 2 airline.

"If I can get you to laugh with me, you like me better, which makes you more open to my ideas." — John Cleese

Give back to the community
Give back. It's the right thing to do. After the 1989 San Francisco Bay area earthquake, a Southwest employee in Phoenix called a local TV station and asked its newscasters to tell viewers to take blankets, clothing, and canned food to the Southwest terminal. The outpouring of giving started by one employee in a company that makes giving back a way of life led to Southwest bringing in more supplies than the Red Cross!

Can your office do the same on a smaller scale in your community? Sure you can! But be sure you give more than your money — give your time, heart, and soul! Giving back a beautiful smile to a victim of domestic violence is one way ... but there are hundreds more! Make giving a team-building event for your office. When your team volunteers for the greater good, everyone becomes better for it.

Winston Churchill also said, "I never worry about action, only inaction." Take Churhill's advice. Do the four action axercises listed in Figure 2. We're not just talking Southwest Airlines peanuts here; the rewards you gain doing this 'soft stuff" will be well worth your time.