Focus! One dentist’s journey back to the top 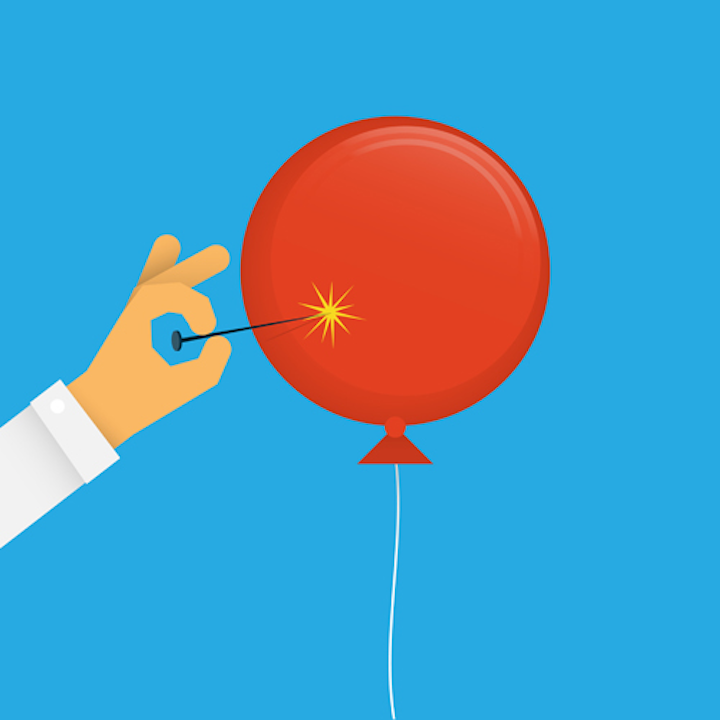 Life was easy if you were a dentist like me in the late 1990s and early 2000s. The stock market was thriving and the economy was cruising along with consumer confidence. Banks were lending money to anybody for nearly anything. The cosmetic dentistry boom was at its peak, and seemingly every dental office had a full schedule. Dentistry was in a new golden age.

It seemed like every business decision I made back then worked perfectly. I was the master of my domain! I was king of the dental business world with a Midas touch! By the mid-2000s my high-tech office in a great location was bringing in new patients in droves. I was adding days to the schedule to accommodate our big case load. After just a few years in a new building, I took all my cash reserves and added another treatment room along with more expensive high-tech equipment.

As I was obviously a talented, successful dental entrepreneur, I moved forward with hiring an associate dentist. I’d known this person for some time and we got along great. This person was ready for a change, and I knew I could make it work. By this time, the rest of the country was experiencing a recession. Budgets were tightening, banks were failing, and home prices were dropping. I didn’t pay attention. “Why focus on that?” I said to myself. “I’m great at what I do and have that golden touch!” I had no marketing plan but threw money at the local paper and radio stations in hopes of keeping the new associate busy. I hired more team members to work our extended hours while assuming my existing team could easily get them up to speed. I was ready to sit back and watch people make me money. 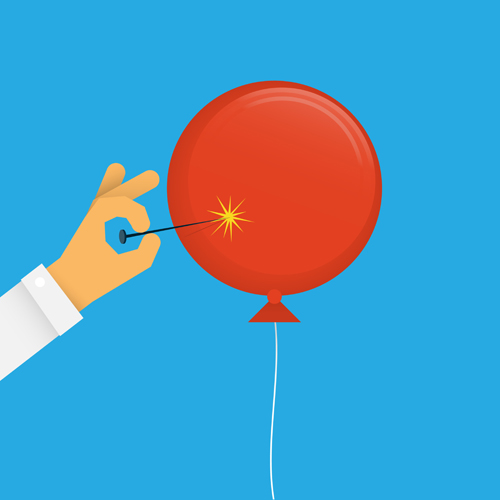 And then the bottom dropped out.

The same year that I hired an associate, the three biggest employers in our small county laid off more than 25% of their workforces. They cut the benefits of those remaining. People were upside down in their home mortgages. Every bank in town stopped writing new business loans. We also had five new dentists move into town around that same time. That first full year with an associate we increased our office production by a mere $120,000, and our overhead went from 65% to 92%. My take-home income dropped by nearly $200,000.

As a self-proclaimed wildly successful dental businessman who thought he could make any practice into a big winner, I had no idea what to do. I buried my head and figured we just had to power through. “This downturn won’t last long, and when we get through it we will be bigger and better than ever.” Except I was hemorrhaging money, and I’d spent most of our reserves in expanding the building. The bills kept getting bigger and our collections getting smaller.

It finally dawned on me that I wasn’t some great dental business genius—I had just been fortunate enough to buy a practice at the right time and in the right place. I had been successful in spite of myself. This was really tough to face—tougher than the bill collectors, lab owners, and supply reps who I couldn’t pay. I had to let go of the extra employees and the associate before I couldn’t pay them either. Depression set in. Rather than work on my practice I hid from it. While I was down, life kicked my family even harder with the shocking discovery that our youngest daughter had a terminal genetic disorder.

Needless to say, my dental practice became an afterthought. Luckily, I had a good team in place that kept the wheels turning while I wallowed in pity and self-doubt. I decided that it would be best for me to sell the practice and work for someone else. I grew deeper in debt. Finally, my wife had enough. It took her literally shaking me one day to convince me I was better than this and that the future of our family depended on me getting our business back on track. She convinced me I needed to focus.

We started by getting back to basics. We committed to focusing on each patient interaction. You hear that a lot. Practice management speakers often pay it lip service—about offices needing to be “patient centered.” What I realized was that we were taking good care of patients but not so great care of people. It takes absolute focus from every member of your team to provide each and every patient who walks through your door an exceptional experience that they deserve. It’s not about the cookies, the scented candles, or the warm towels. It’s about making them feel important, listened to, and respected.

It’s so easy to walk into a hygiene exam and look at teeth without really getting in touch with the person in the chair. Instead, take a deep breath. Say the patient’s name in your head and smile. Stop thinking about the crown prep you’re working on in the next room. Your most important patient is the one sitting in front of you. Make them feel valued. Focus on them.

The next thing I had to do was revisit all the business systems we had let devolve. I became a real businessman for a change. I analyzed our profit and loss statements from the previous 10 years to see where we had been successful and where we had dropped the ball. As the technician in the practice, I found it was too easy to let the administrator part of the job fall away. I had to separate my role as dentist from my role as business owner and take a hard look at the team I had in place, the costs of goods, the ROI of capital purchases, the relative value of lab work we received, and how successful our daily systems were. I had to focuson the business each and every day.

I also had to focus on becoming a better dentist again. After 20 years in practice, I had become that lazy dentist who took the minimum CE to keep my license. When you can’t pay your bills, it’s pretty tough to justify spending $5,000 to $10,000 to learn about implants. I spent most of my open office time reading journals and watching technique videos. I subscribed to several dental podcasts and listened on my way to work or on long drives. I got excited again about what I did for a living.

Lastly and probably most importantly, I’ve had to focus on my health. Both my physical and mental health suffered tremendously during our downswing. There is no better way to improve mental health than exercise, and I’ve found the best way to lead patients to better health is to be mentally and physically at the top of your game. I detest going to the gym, but I love being outside walking my dogs, mowing the lawn, playing basketball, and swimming. Those are also the perfect times for me to be introspective and think through all that I want to accomplish and how I’m going to get it done. It also sets a great example for my daughter, whose health benefits tremendously when she stays active.

Through daily focus we have turned our practice around. Our profitability is back to what it was in the early 2000s, and we are growing steadily. At times we still stumble, and I can easily trace it to a lack of focus on systems or on patient relationships. Focus takes work. It’s not easy, but it is simple and can turn your life and practice around.

Craig Harder, DDS, is a native of Spokane, Washington, and a 1995 graduate of the Creighton University School of Dentistry. He practices in Moses Lake, Washington. Dr. Harder previously served as the Grant County Health Department’s dental liaison and Access to Baby and Child Dentistry champion.