A doctor’s will and trust are great examples of items that need to be reevaluated consistently—not just for changes to wishes, but to accommodate changes in net worth. 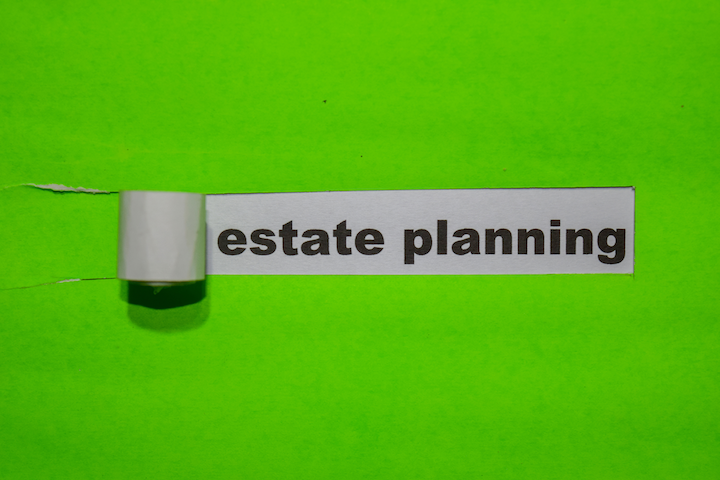 There are items in life we expect to outgrow. For instance, no one expects a child to keep the same outfits throughout grade school, nor does anyone expect their first home to be the last home they purchase. However, some things in life are deceivingly volatile, despite seeming permanent. A doctor’s will and trust are fantastic examples. They can seem permanent, but they need to be reevaluated consistently—not just for changes to wishes, but to accommodate changes in net worth.

Recently, a client who has seen tremendous success, both from a professional and an investment perspective, had questions about the viability of his estate plan. When the decade began, his small children had a long time to go until they reached 18 years old. Now, they are only a few years away. Additionally, his income has tripled since 2010, and his net worth has increased by more than 4 million between investments, real estate, and the elimination of debt. Needless to say, while the amount of time that has passed is relatively short, the changes to his financial situation are prolific.

Originally, his documents allowed for the kids to take one-third of the assets at age 21, one-third at age 25, and the remainder at age 30. When he first drafted his documents, had he and his wife met an untimely death, each child would have received about $150,000 at each interval—or about $450,000 by age 30—minus expenses that would have been needed to help them reach the age of majority and pay for college.

Fast-forward 10 years. At this stage, each child would receive more than $800,000 at each of those intervals—or about 2.4 million by age 30. Needless to say, the doctor was concerned about his children inheriting that much access to cash at young ages in the event of his premature demise.

As a revision, the doctor made the change to distribute the assets into later ages, namely, one-third at age 40, one-third at age 50, and one-third at age 60. This accomplishes a few things. First, limiting unrestricted access until later in life allows the doctor and his wife to feel confident that the money will be a safety net for their children and not a replacement for work. Second, since future spouses are unknown, this revision protects from commingling separate assets with a future spouse. This means that the children will not have unrestricted assets to the trust principal until the point in which most first marriages that are destined for divorce have already ended, preventing unknown potential future spouses from laying claim to the assets. Finally, the change in allocation preserves the assets as a safety net, since the children can still access income for health, education, maintenance, and support, yet still safeguarding the assets for all of the things that parents hope an inheritance can accomplish if they are not around to help their children financially.

So, how much is too much? As a rough test to determine if it’s time to talk to your financial planner and attorney about a change, calculate 2% of the trust assets (equal to investments plus home sale proceeds, or any other assets that will be liquidated at death) as theoretical income. If that 2% is a meaningful number, it might be time to consider stretching unlimited access to a trust. Additionally, divide the trust principal by the number of children and the percentage of which goes to the kids at certain ages. Again, if this is a corruptible sum of money, particularly at a specific age, consider a change in the distribution strategy.

For instance, if there is $1 million in trust, 2% would reflect $20,000 in income. For a family with two kids, this is not enough money to discourage a child from working or making his or her own mark on the world. Further, inheriting a third of a child’s share in a family of two children at age 25 would result in a check for around $166,667. This is a lot of money, but it is not fundamentally life changing. But, if a trust has 6 million, this would calculate to $1 million per child at age 25, which is a potentially corruptible sum.

While this isn’t the only thing to focus on when revising an estate plan, this rough rule of thumb can be a tremendous resource to evaluate quickly whether a change is needed. If you believe that it is, contact your local estate planning attorney and/or your financial advisor to discuss what can be done to limit these sums, and find a balance that is right for your family.

Some thoughts on preparing for retirement

Tax and retirement planning for 2017

There are two great myths believed by many of todays’ dentists. The first is that our case acceptance is above 90% and the second is that PPOs are a necessary evil in a modern practice. To find out how we bust these myths, download the free guide now.
Nov 14th, 2019
Retirement

Financial goals: What works, what doesn't

Are you falling victim to the present-bias trap? Financial goals for dentists are frequently a battle between what we want now and what we need later.
Nov 15th, 2016
Macro/Op-Ed

Rather than expending significant time and effort to determine how to deduct your next family vacation, try focusing on these three big things.
Oct 26th, 2016

How to make the most of your Social Security benefits

What comes to mind when you think of Social Security?
Aug 25th, 2016
Money

One of my favorite movies is The Intern, which stars Robert DeNiro as a 70-year-old retiree struggling to stay connected to the important things that make life meaningful: love, work, and relationships.
Aug 25th, 2016

Dentist Money Blog No. 6: What you need to know about whole life insurance (PODCAST)

Preparing for retirement by investing in technology

The average retirement age of dentists has increased in the past 10 years.
Aug 26th, 2015
Practice

A cash balance plan is a type of defined-benefit pension plan that solves a number of dentistry-related tax problems, yet is used by only a handful of dentists nationwide.
Jul 15th, 2015
Money

Interest is not the enemy: Debt management for new dentists

Managing debt properly is perhaps the most important challenge in overcoming financial stress and creating wealth throughout a career in dentistry.
May 15th, 2015
Money

Are you saving enough for retirement?