The groupthink of dentistry 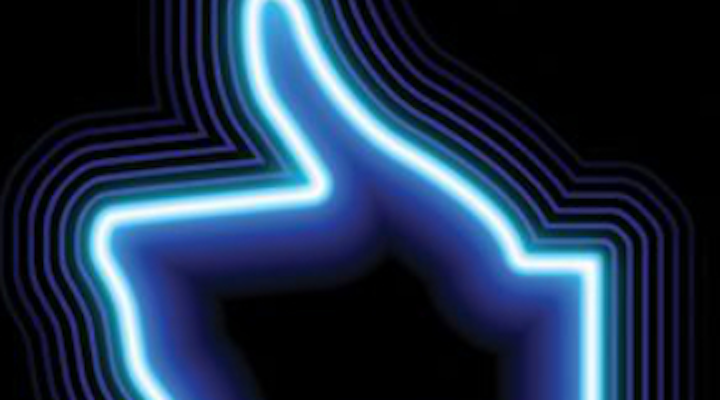 Ever since the dawn of time, people have yearned to communicate with each other. It was once said that Columbus sailed the ocean blue to look for gold inlays. The early dentists in Lascaux, France, etched their occlusion techniques on cave walls. Today, we “poke” each other on Facebook.

It is quite obvious that Facebook has permeated every aspect of our being, and it is making waves in the dental community. You are more likely to come across a video of Gordon Christensen in your Facebook news feed than you are in any other location. Some would say that this is a blessing, while others might shake a hand at the sky and curse the day that Mark Zuckerberg had an idea. 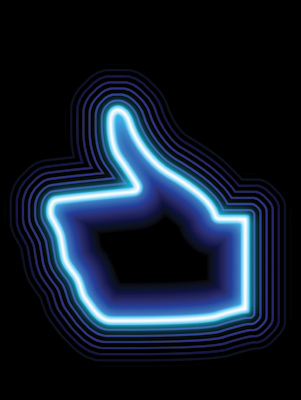 One particular area of the platform is beginning to dominate the groupthink of dentists who go online. This area is—well, Facebook groups. These online collectives range in size and scope, and you probably have encountered them your online surfing time.

So, what are they? Facebook groups are a little bit different than the outward-facing Facebook pages to which we are accustomed. Groups are collectives of Facebook members, and they often revolve around a singular subject or idea—e.g., 3-D printing, dentures, or practice management software. Some groups are all business, while others, such as my group Dental Hacks Nation, focus on the lighter side of dentistry.

Many online dentists are members of several groups to slake their thirst for knowledge. I am a member of probably 50 of them. The intense focus of the groups can present great learning opportunities. One of my favorite groups, Implants in Black and White, has constant case presentation and tips from users. The photography, in particular, is a useful learning tool. It is a fantastic way to communicate with dentists around the country in real time. With the right settings, Facebook will ping your smart device when new content is available.

The groups also present an opportunity for camaraderie and group “counseling.” I have seen many docs discuss depression or personal problems and find comfort in people who they may have never met. It can be a very cool thing.

Although I love the interaction on Facebook, there are a few drawbacks. In a book I read about Steve Jobs a while back, I learned to always put the negative out there. In the case of Facebook groups, you can get too much of a good thing. Recently, I felt that I was getting information overload from the groups, so I left several of them. Even though the content was good, the constant interaction was becoming a distraction. There is some content crossover between groups, so I would often see the same content over and over again. A more streamlined membership portfolio has allowed me to keep focused and enjoy the group interaction more. I would suggest trying many groups to see what fits, but slim down the list in the end. Your experience will be much more pleasant.

You are probably saying to yourself, “I have been on online dental forums before. How can this be any different?” Facebook groups are distinct from other online forums. The first difference is integration. Facebook is often readily available and pervasive in the online activity of most people who have smartphones. Its platform makes it easier to share or disseminate information, compared to website-based forums. I personally think any forum outside of Facebook is missing an opportunity. Facebook is just too integrated into our lives, and many consumers will not visit another website, even if it takes a couple of extra clicks to visit. I think that you will see many more dental brands gravitate to the Facebook group function.

Facebook groups also make it easier to have real-time discussions. This feature allows for more interaction and more information. The only drawback is that you may miss a conversation or have limited search functions once the conversation is over. Facebook is good, but not perfect.

As I sit writing this article in October 2018, it is up to date. I can imagine that some things will change by publication time in January. Here it goes, anyway.

The future of Facebook groups holds a couple of different possible changes. Until now, most Facebook groups have been free, but I do belong to some paid groups that offer exclusive content or that are mastermind groups. The content in these groups is meant to have great value and produce some ROI. Facebook has teased the idea of allowing group owners to facilitate paid groups, for which Facebook would share the revenue. Although some may balk at this idea, it would allow for more premium groups in the future.

Facebook is also discussing introducing live video chat within the groups and in Facebook Messenger. This may chip away at the ubiquitous webinar and make live video all the more accessible. Imagine this: An organizer creates an impromptu Facebook group, invites an audience, then does a live video that is not visible to the general public. The comments are run through Facebook, files and other materials are easily available for download, and you can have it all on your smartphone. This is the near future of online engagement.

By now, your head is spinning with Facebook group goodness, but let’s talk a bit about etiquette within these groups. These groups can range from libertarian to draconian with abounding rules.

1. Be mindful of the group rules. Some group leaders have quite the Napoleon complex and will remove anyone who disagrees or violates the rules.

2. Be nice. Everyone seems to be right behind the keyboard, and many say things that they wouldn’t in public.

3. Don’t enter groups with the intention to sell or promote. These groups are often a “scratch my back, and I’ll scratch yours” type of environment. Jumping in a group to push your CE event or product might get you removed and rightly so.

4. Engage in genuine conversation, and don’t be scared. The dental community needs to hear what you think.

5. Have fun! I have met so many great people through Facebook, and I have the opportunity to share this with you because of those connections.

Our Facebook group Dental Hacks Nation is not for everyone, but it is a good mix of funny, clinical, and real life. I also enjoy Implants in Black in White, the Blue Sky Bio group, the Jamison Spencer Study Club, and the Dental Investment Group. Go out and explore!

Jason Lipscomb, DDS, a general dentist, currently practices in his three offices in Richmond, Virginia. In recent years, he has lectured on dental marketing and social media. He is currently the cohost of the Dental Hacks podcast, which has recently reached the million mark for downloads and has given way to the popular Facebook group Dental Hacks Nation. Feel free to reach out to Dr. Lipscomb at info@dentalhacks.com.

Alan Mead, DDS, a 1997 University of Minnesota School of Dentistry graduate, practices in Saginaw, Michigan, at Mead Family Dental. He is the cohost of the Dental Hacks podcast and writes for and edits their group blog at dentalhacks.com. He is also creator of The Alan Mead Experience, a more personal podcast about dentists and their stories. He lives on a horse farm with family, pets, and a miniature donkey named Floyd.